Welcome to another installment of “Quick Jabs.” This is the section where we post an assortment of shorter reviews for albums that we have checked out or may have missed out on in previous months. Well folks, it seems that most of us have survived the shitshow that was 2022. Hopefully things in your part of the world sailed along smoothly enough. It was a great year of releases! Soon, we here at Metal-Rules will have our top picks for the year so keep an eye out for those. Until then, below are a few I had on my plate the past couple of weeks. 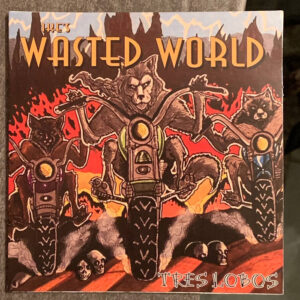 May 12th, 2022 – Nervous Breakdown Records
Rating: 5.0 / 5.0
Reviewer: John Haseltine
Founded in 2018 by ex-Lost Breed guitarist Eric “Ike” Baestlein, bassist Chris Adamson, and drummer Sean Teeter, this power trio from Albany, New York, has created a monster of a band. Drawing from influences that include in-your-face garage hard rock, heavy metal, doom, and 70s metal, Ike’s Wasted World is truly onto something here. TRES LOBOS takes the listener on one hell of a wild ride thru their various influences. The music herein comes off with the utmost originality, which surprised me. One would think that is just about impossible nowadays, but Ike’s Wasted World pulls it off. The album only clocks in at about 32 minutes. Not enough! TRES LOBOS is chalked full of infectious head-banging riffs and memorable vocal verses to keep you hitting the repeat button all day long. The band even hooked up with the Godfather of Doom, Wino himself, for a track on the album. If that doesn’t tell you something, I do not know what will. Fans of Saint Vitus, Pentagram, Black Sabbath, and the like will love these guys. 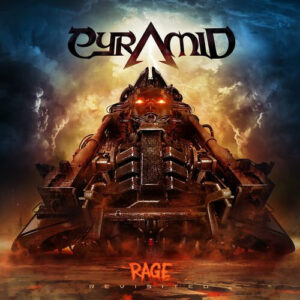 November 4th, 2022 – Sleaszy Rider Records
Rating: 4.5 / 5.0
Reviewer: John Haseltine
Pyramid, the American progressive metal super-group project, recently released its latest album, RAGE. This gem of an album hits all the marks! For this effort, the brainchild of Pyramid, Lance Sawyer, tapped the skills of many of heavy metal’s most excellent musicians. These include the likes of Tim Ripper Owens (ex-Judas Priest, ex-Iced Earth, among others), Andry Lagiou ( The Harps ), Harry Conklin “The Tyrant” ( Jag Panzer ) on vocals, Mike Abdow ( Fates Warning ) on guitars and Chris Quirarte (Redemption) on drums, Adam Bentley (Arch Echo) guitars and mixing engineer, Joey Izzo (Arch Echo) the master on the keyboards and Perrine Missemer on the fantastic violin. RAGE is a well-rounded album due to its complexity, heaviness, and beautiful melodies. The writing for this one is of the utmost creativity and passion for the genre. If this is your genre of favor, this could be your album of the year. I enjoyed it thoroughly. 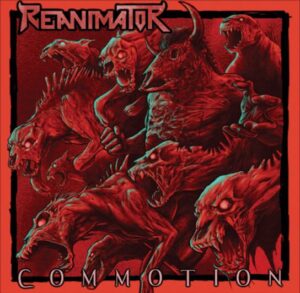 While the new album here is in line with some of the best thrash releases of the year, many of you may already know the fury that is Reanimator. Since the inception of the Reanimator in 2005 by Patrick Martin and Maxime Cormier, the band managed to secure an important place in the Quebec Metal scene. Offering an incendiary thrash metal dotted with old-school and new-school elements, these guys are ready to kick some asses. What I find particularly fascinating here is their slight bend into the trash-n-roll territory. Their style is one I would like to say is all of their own, but there are a few others out there who touch upon this as well. With that said, Reanimator, or the album itself COMMOTION, blew me away upon the first listen. I suppose it would be for both. I have a question, Why are these guys not a household name in the thrash genre? They should be! 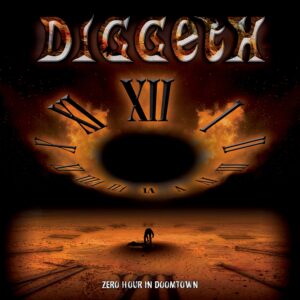 Diggeth, from the Netherlands, has a new fan! This kick-ass 3-piece band does give an entirely new meaning to the term “Metal-n-Roll.” Take 50 years of Hard Rock, Metal, Southern Rock, and a bit of Progressive Rock, and Diggeth will digest it and spew out their mix of all these genres in songs with hooks, heaviness, and groove! Getting more and more into the stoner metal/rock scene has been fun for me. Every track on ZERO HOUR TO DOOMTOWN is excellent. There are so many different aspects to the genre. Here, Diggeth is more on the Southern side of life. During my first run-through of this album, bands like Brand New Sin, Spiritual Beggars, and C.O.C. (not the punk side) were my first thoughts when trying to compare them to a familiar band of note. Yet after several more listens, it is almost like I cannot get enough of this band. I am not sure what their first three albums sounded like, but if this one indicates that, I need to make some room on the shelf for them. Yes. I found some of their vinyl at the No Dust Records web shop! Purchasing will commence! Enjoy.