Finnish Helsinki-based melodic death/thrash metal band Dead Shape Figure is preparing to release their upcoming album, which is the follow-up to the 2018 hit album “Cacoëthes.” The five-member ensemble presents its more melodic side with the song “Antigone” as a follow-up to the imposing opening single “Shadowcast.” The song represents the band’s more ambiguous, genre-free line, which makes Dead Shape Figure sound exactly like Dead Shape Figure, inimitable, intense, unhumbled, and timeless. Antigone is the most melodic extreme of the upcoming long play but still makes it uncompromisingly heavy and full of energy. Lyrically the song is a tribute to endless mentors, combining the end-time feelings of Goethe’s Faust and the singer Galzi’s all-time favorite Mark Lanegan’s texts about the dividing lines of personal growth and decadence.

Dead Shape Figure is a melo-death/thrash metal band from Helsinki, Finland. The group entered the worldwide metal scene with their an
incredibly strong debut album, “The Grand Karoshi,” released in 2008 by the famed Season of Mist label.

Dead Shape Figure continued to pursue their own path, developing their unique, technical, yet catchy take on death metal. Fast forward ten years to 2018, the band scored big on the single “The Last of the Bearing Beats” from the album “Cacoëthes.” After releasing two EP:s independently,(“Quatuor Post Nihil,” 2020, and “Refinement of Hatred,” 2021), DSF signed with Helsinki-based rising independent record label Rolling Records. “Antigone” is the second fruit of the new collaboration with Rolling Records and a clear indication that Dead Shape Figure is in the best shape of their career. 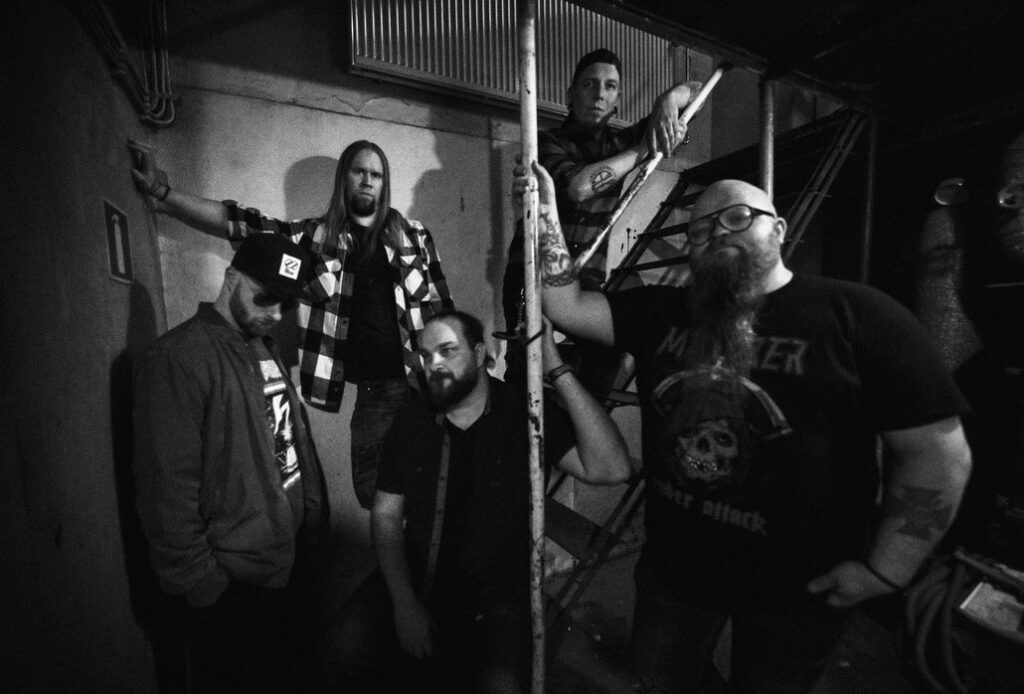