WEDERKEER out February 24, 2023 via Napalm Records

Ever since their impressive 2005 debut, De strijdlust is geboren, HEIDEVOLK has taken the heavy music scene by storm, conquering stages throughout the world with their very own brand of folk metal. With dual clean vocals, irresistibly catchy songs, traditional instruments and fast metal riffing all fueled by their folkloric fire and pagan pride, HEIDEVOLK delivers for an uncompromising sound and musical adventure. Their new masterpiece, WEDERKEER, makes no exception, and proves why the Arnhem-based six-piece is one of the best, unrivaled and most exciting bands of their genre and beyond!

Today, the band has shared a music video for their first album single, “Klauwen Vooruit”, that immediately kicks off with the raw pagan metal power HEIDEVOLK are loved for, merging folkloric soundscapes, fast-paced riffs and ultralarge choirs.

Says the band:
“We‘re incredibly excited to present you the first song and music video of our new album.
“Klauwen Vooruit” (The Hunter‘s Claw) brings you the story about the extraordinary pact between Wolf and Raven. A bond between predator and scavenger where ravens alert wolves to nearby prey. The wolves respond to the raven‘s call, kill the prey, eat their share and leave the carcass for the ravens to feast on.

…And there is more coming up, a lot more!“

In a world of myths, nature and legends of the Veluwe, Netherlands, the concept album is a powerful odyssey of the Self, deeply rooted in metal and folklore. WEDERKEER (meaning to “return” or “revive”) invites the listener to take a step back from the incessant barrage of media and stimuli and look inside, find out who we are, what is driving us, what our values are, and what we‘ve learned from life up until now.

“After an unprecedented five year wait since “Vuur van Verzet” we are back with our new album.“ the band continues. “WEDERKEER will take you on an introspective journey through stories about growing up and crafting your own path. From hunting the aurochs to gain it‘s untamed courage, to the mental struggles in the depth of a crisis. From the shield-wall to protect kith and kin, to the fierce fight of a senseless battle. We wrapped these stories in furious metal songs and folkloric soundscapes and we can‘t wait to share it all with you!“

While each of the twelve new songs individually deal with an aspect of this in mostly story form, based on the interpretations of the runes, HEIDEVOLK knows how to perfectly unleash proud hymns and direct, in-your-face metal songs!

Recorded at Sandlane Recording Facilities, mixed by Joost van den Broek and mastered by Darius van Helfteren, the addition of various folk musicians on vocals, violins, cello, bukkehorns and more traditional medieval instruments make WEDERKEER not only a bombastic folk and pagan metal record at its best, but a glorious album return of HEIDEVOLK! 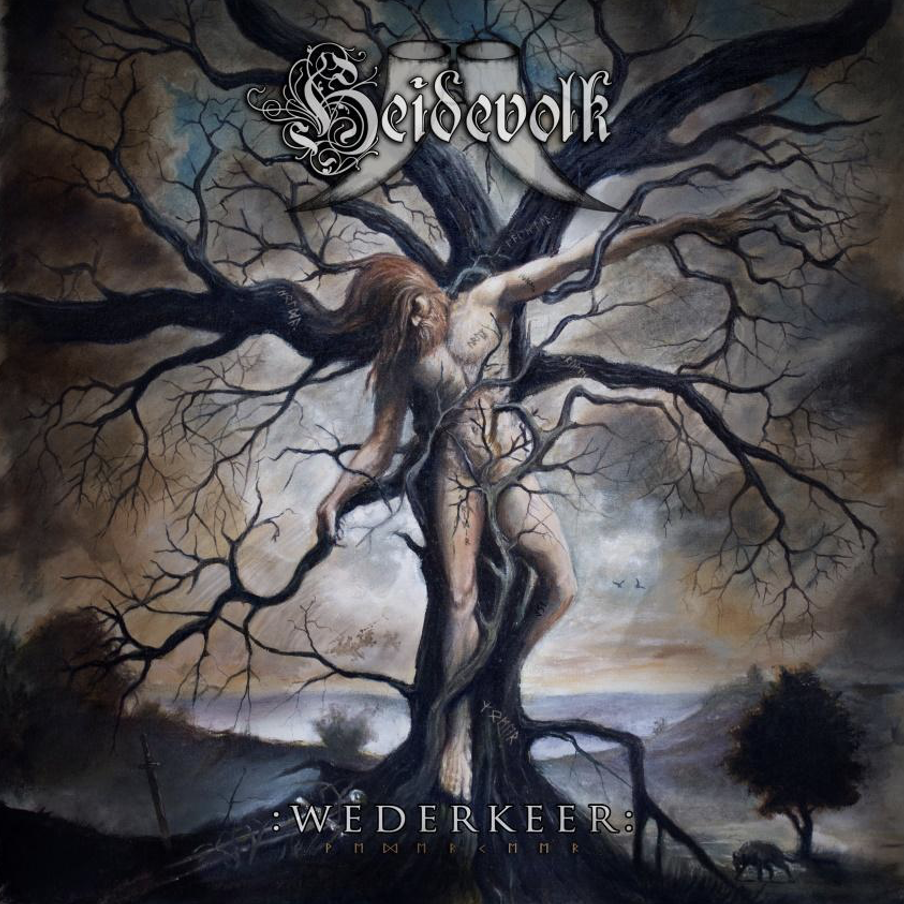 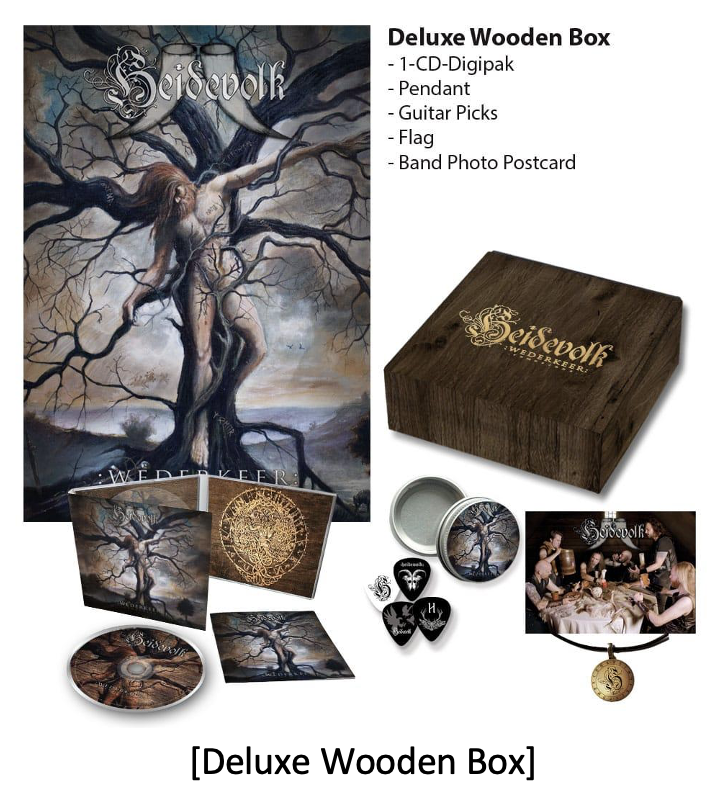