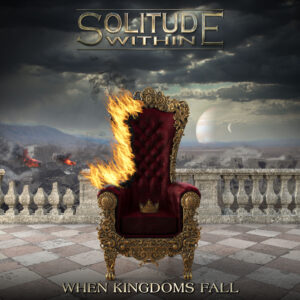 Sharing their name with an Evergrey song, Solitude Within are a female-fronted quintet from Belgium. Following up debut album Disappear (2017), When Kingdoms Fall is the Belgian’s sophomore record.

The first chapter, “Beautifully Broken” explores self-assurance after sounds of thunder and torrential rain set the scene. At times, Emmelie Arents’ voice is forceful yet feminine, successfully illustrating the song title. “Further Away” demonstrates an equal balance between symphonic and metal elements, at times the two styles are very distinct from each other.

Title song “When Kingdoms Fall” plays like a fairytale, with lyrics like “Mirror, mirror on the wall” and twinkling piano melodies. Despite being the second-shortest track and appearing quite early on in the release, it is one of least forgettable tracks.

“I’m Not Lost” seems to deal with an untrustworthy individual, with some words relating back to the extreme weather heard at the start of the album.

A catchy chorus repeated throughout “Over and Over” and some nifty guitar work from Jean-Paul Laffargue and Quincy Van Overmeire during “One Final Wish” ensure the midpoint of When Kingdoms Fall is as entertaining as the earlier spells.

“Breathe” sees that the magical vibes follow through, with its whimsical words and glittering keys. Much like track two, a sense of longing is conveyed by Arents because of the way she stresses certain sections of the lyrics. “Land of Disarray” and “To The Grave” both feature growls from guitarist Van Overmeire, contrasting with the lead vocalist’s performances.

Acting as a breather between the two track featuring harsh vocals, “Ice and Fire” is calmer musically as well as vocally.

“Astray” utilises most of the techniques heard previously on the album, however male chorals add some more variety. Bassist Delaey and drummer Sarazyn are particularly great here, especially every time the chorus is sung, adding depth to the infectious lines.

Lyrically, When Kingdoms Fall is strong and it comes as no surprise that the front woman is also an author. It would have been interesting to hear the male vocals more in the first half of the album, as they depict another array of emotions than the female leads.

Solitude Within’s latest release is not to be missed by fans of bands like Within Temptation, Delain, Nightwish and Evanescence. 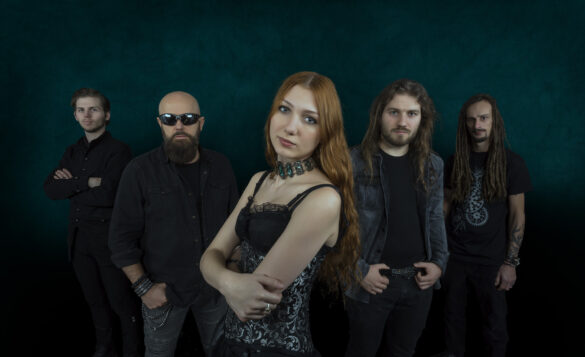