ATAN are a progressive metal/djent band on Lynx Records who released their debut album, ‘Ugly Monster’, on September 14th 2022. The LP was written and recorded whilst the members were apart, during the pandemic and it ‘explores the motley, and seeks for twisted oxymorons to amalgamate.’ (I chose to quote that and not put it in my own words, because I don’t fully know what it means). The guitars make much use of 7th and even 8th strings and the vocals are eclectic. Furthermore, huge walls of sound are created with the bass and drums. Prog legend Derek Sherinian plays keyboards on final track ‘Absentee’.

ATAN certainly are quick to attract attention. From the start, you get a less wild but still thick and powerful djent style (is there a genre called ‘calmer djent’?) mixed with a female fronted goth band vibe. Lacuna Coil and The Gathering spring to mind. No shouting! The low pitched guitars do have more daring moments, with more apparently random Meshuggah influences (random unless you’re a logical genius) that seem to go anywhere yet somehow manage to sound addictive, but even so, that sound is getting a bit old now. The more groove metal djent rhythms, if you will, are fine for a while, but the notes used are super typical. You do get some crazed whole band ideas, but really they are limited to fills rather than extended sections. The guitar solos on the other hand ARE mental. It’s a bit strange having riffs that are mostly so plodding mixed with leads that are so rampant but the way the leads take you by surprise is pretty cool. The axeman has clearly been inspired by John Petrucci. There is even some Joe Satriani style mysticism and shredded legato lines.

Whilst performed perfectly well, if sometimes a little over-sung (unless you like Bjork I mean), the vocal melodies are kind of bland and obvious on occasion. Sometimes the same notes/groups of notes get repeated in easy to predict rhythms, but that’s a minor criticism. (The words should have gone djent!) There are plenty of nice sung, mild dissonances adding much needed colour, but why not have a whole album of them? Maybe I just like dissonances more than most people. Major 2nds/9ths? Beautiful! On ‘Faces’ you get some cool prog guitar and bass unison parts, but they are kind of undeveloped and too unexpected. To make an analogy, it’s kind of like putting one slice of pepperoni on a whole pizza. It doesn’t really spoil things, but questions will get asked. ‘Ugly Monster’ has far better vocal melodies, in my opinion. There are some alternative rock/metal style vibes from the whole band that almost bring to mind classic Hum/Deftones. The guitar harmonies aren’t limited to power chords, or ultra low single notes, they are kind of chilled almost.

‘Protected’ starts off spooky and soft, then evolves into a more dreamy and uptempo vibe that kind of brings to mind Dream Theater, for example their song ‘Under A Glass Moon’. It’s far from super-surreal, but it makes an interesting change from the prior, more serious tones. It’s clever the way the composition sounds perfectly logical and the development is so smooth and gradual. ‘Sorrow’ is more doomy with clean guitars that are just as effective as filthy tones, if not more so. Try playing full chords with distortion and pay the price. It too develops into something more, bringing back the alt rock guitars before going doomy again. ‘Second Fig’ even has some dark funk ideas in it. I guess djent and funk both have catchy rhythms so the mix makes perfect sense. It would be nice if you got more funk in the LP, but whilst a breath of fresh air, it’s not over before you know it which is something. This time the pizza has been topped adequately! Derek Sherinian’s appearance is perhaps a little disappointing in that he is known for creating really interesting eerie atmospheres and being a virtuoso, but with ATAN he doesn’t really add much to the sound. Arguably, the guitar solos are far better.

To conclude, this is definitely a very good album that is intelligent and played with an incredible amount of skill, and just because the musicians are super professional, don’t think they just show off all the time, because that’s far from true. If anything, I’d have like MORE shred. I certainly wanted more bass noodling, as he’s just as talented as everyone else. I know you may be thinking ‘Oh God, bass shred? Here we go…’, but actually his playing style fits the instrument nicely. Whilst the music on the whole is rhythmically complex, don’t expect any bars of 27/16, etc. against 4/4 ala Meshuggah. Not a complaint, just an observation. Personally as a Hum ultra mega fan, I’d have loved some more 90s alt rock stuff, but hey. I guess we just live in a djent world. I wanted to give a 4.25 out of 5, but sadly I wasn’t allowed. So I went the other way. Sorry about that, ATAN but the uniform style of many riffs is ever so slightly off-putting. Even so, this album is highly recommended! 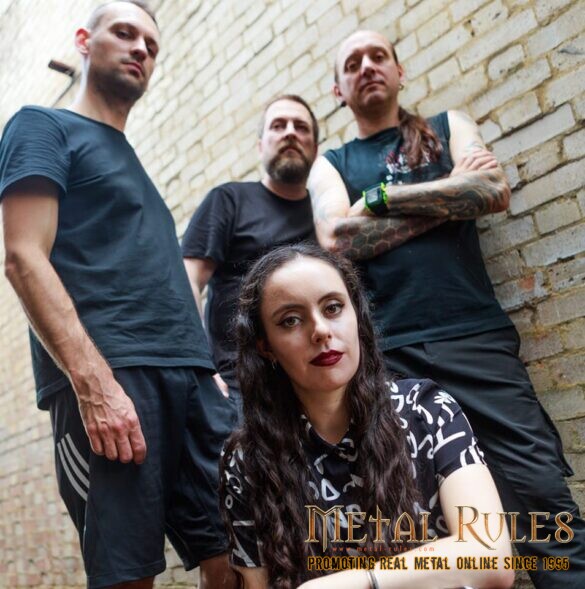