Here we have a new video interview with the Canadian duo GREBER: 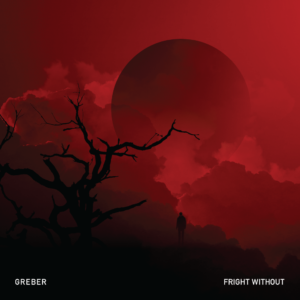 Henry Miller wrote one of the great truths of life when he said “All growth is a leap in the dark, a spontaneous unpremeditated act without the benefit of experience.”

Such a quote could describe bass-and-drums duo Greber, save that with past and present members of Fuck the Facts and The Great Sabatini, they have a great wealth of experience to bring to the table. Inspired by the truly great bands like Neurosis and Propaghandi, but inspired not to slavishly imitate what they have already created, but to forge their own sound, to blaze new trails. To look out at the world that surrounds us and reflect what they see truthfully; as though holding up a mirror to the darkness in the hope of reflecting a glimmer of light.

Since forming in 2008, Greber has released three well-received full-length albums, four 7″ inch split singles, a split cassette with Minors, and a 4-way split LP with Cell Press, Anthesis, and Botfly along with countless shows across Eastern Canada.

As if they were morphing into a single entity, Drummer Steve Vargas and bassist/vocalist Marc Bourgon have made Greber into their own unique entity, something as important to the duo as food and air.

“For this record, I (Marc), would get some ideas into a skeletal structure via some computer demos and then send them off to Steve to hash out some general ideas. From there we just ran the Christ out of them in our jam space and they morphed accordingly. I still get amped on hearing how Steve perceives the stuff I bring to the table. It’s never the way I hear it in my head and I couldn’t be happier with the way that we’ve evolved together over the years. It’s easy to take it for granted, but it’s something that I wholeheartedly cherish and love the dude to no end.

A big difference between Fright Without and our last record, Cemetery Preston, was that there were a lot fewer revisions. I could all too easily drive myself insane with the “make-song-better” process and I found that over time it was way too much stress and I couldn’t cope with doing it at that level anymore. Maybe if there were some clear-cut and qualitative progress made visible by the madness I would have had a harder time with the divorce but I love what we did with this record and am glad we switched up our approach.

Fright Without is a handleless staircase that disorients as much as it overwhelms. Our testament to suffering and hope, balance and woe, heaven and here. With Kurt Ballou lending his abilities to the mix we’re beyond happy with how the final product came to sound and we hope that the listener finds it to be as much of an escape as they do a confrontation.” – GREBER