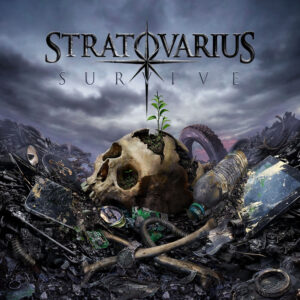 STRATOVARIUS are titans of the European power metal world. They are one of the first bands from Finland to make a huge impact on the scene. Their impressive 37 year career sure had some ups and downs including founding member/guitarists Timi Tolkki’s infamous breakdown in 2004 when all kinds of bizarre occurrences happened, including the temporary replacement of long time vocalist Timo Kotipelto with a female vocalist, alleged assaults and other weird things, which Tolkki insists the band, management and the label were complicit in. They survived that brief period and the future that was laid out at that time was, thankfully, put to rest. In 2008 Tolkki pretty much handed the reigns over to Kotipelto; making this band rather unique in that there are no original members left in the band.

Fast forward to 2022 an the release of their seventeenth full length album, Survive, a monumental achievement in and of itself. I couldn’t think of a more perfect title for this band. I admit that the albums released since the 2008 handover did not seem to grab me. However, I am happy to say that with Survive, they have recorded an album worthy of the legacy of STRATOVARIUS. Everything we’ve ever loved about this band is on this album. From the first notes of the title track opener with it’s immediate killer riffs you can tell this is going to be special. The keys slowly sneak in and then the unmistakable vocals of Timo Kotipelto and man is he on fire. He sounds amazing on this album. But the best part is those infectious melodies that only STRATOVARIUS can do. Moving right long to “Demand” you get that get another huge song with all the ingredients of the first blistering track; this one sounding more like classic STRATOVARIUS than the previous. This is where we begin to realize how huge these songs are going to be.

And the hits keep coming. One song after the other we are treated to their brand of melodic power metal. Songs like “Firefly” or “We Are Not Alone” lets us know that this band is still capable of writing huge power metal songs. Yes they are riff driven but the keys play such a big role in creating songs with so many layers. “Frozen in Time” sees the album heading in epic territory. At almost seven minutes in length this is a massive song with many layers. The very beginning reminds me of “Destiny” off their album of the same name with those angelic sounding female choirs. The song continues to build with one of the best choruses on the album. But that is just setting you up for the “Voice of Thunder.” This is an eleven minute epic with all the trimmings. Kotipelto sounds incredible on this one and the atmosphere created by the incredible songwriting is some of the best I’ve heard from this band. The chorus is amazing and those melodies will pull you in.

This was something I did not see coming. Even with the teasers that were released, I still did not expect this strong of a release from Timo and the boys. This is the best I’ve heard from this band in a really long time. In fact, the last time they sounded this good was back in the Tolkki era. After all that this band has endured over the years, they did survive….so it’s not just a catchy title. 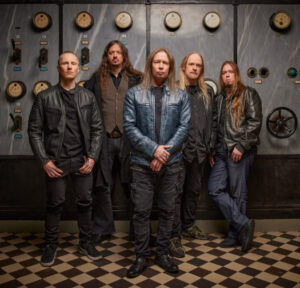