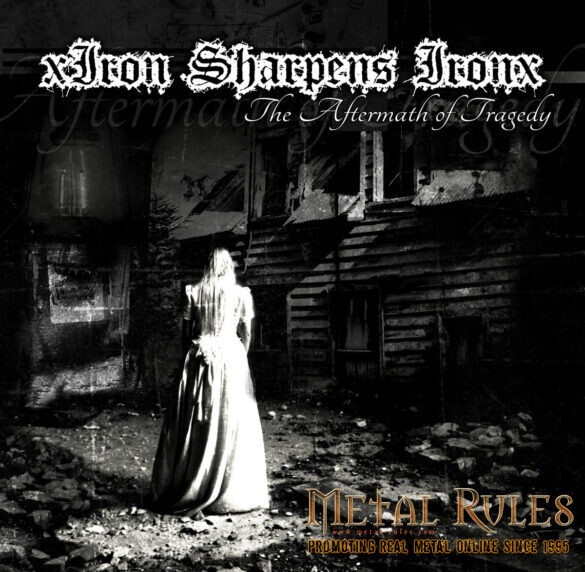 If you are peddling music that is of either black metal or hardcore persuasion, suffice to say the product is expected to be somewhat noisy. Combining the two, however – and it almost goes without saying – will create the cacophonous amalgamation of rock/metal’s loudest and angriest that only the most hardy could stomach. Yet with often contrasting writing styles (hardcore: short, punchy, mosh-inducing riffs; black metal: tremolo, blasts and ice-like atmosphere), it could present a challenge to aspiring blackened hardcore-ers to make something at least part-way coherent. Thankfully, xIRON SHARPENS IRONx seem more than up to the task.

Where the band succeed in coalescing their constituent genres is in the decision to set up camp in one, with elements of the other creeping through where possible. Hence their being a blackened hardcore band – that is a hardcore band with black metal elements woven in, for those trve kvlt-types who are spitting mead from a drinking horn in incredulity at black metal not being the fore of everything. xIRON SHARPENS IRONx’s sound will largely service a pit full of moshers and assault-and-battery dancers, but there are little flurries of tremolo, screeching and blast beats to keep things spicy. So is ‘The Aftermath Of Tragedy’ a joyous romp through fields of noisy wheat, or a big sad upon completion (an aftermath of tragedy, if you will)?

Thankfully, the band’s second major release leans more towards the former than the latter, and would go down tremendously in the aforementioned pit. Whether that is the more straight-laced hardcore beatdown stylings of “The Weight Of Lies”, with its chuggy verse riff that begs for movement, or the inclusion of those black metal atmospheres in “The Deception Of Escape” and closer “No Salvation”, the band pour forward in relentless aggression. Yet the black metal is not merely confined to atmospheres, with regular bursts of frenetic tremolo flurries throughout, so you’ll never be too far away from a grim, frost-bitten moment.

Arguably, the highlight of ‘The Aftermath Of Tragedy’ is its opener, “Emotion Over Sincerity”. That is not to say that the album moves downhill afterwards, but it is certainly the band putting its best foot forward immediately. There are all of the previous tropes mentioned above (chunky riffs, tremolo flourishes and frosty atmospheres), but it is combined so neatly into a nauseating melting pot of tempo changes that barely give you time to process what is happening. In fact, this would be highly amusing to observe in a live scenario just to see how fans would mosh around to the aural equivalent of ADHD on a sugar-high. Fun for all.

Is ‘The Aftermath Of Tragedy’ going to win awards for originality? There are enough blackened hardcore bands out there to suggest not, but in a world where originality is becoming more scarce, it’s best to settle for doing something familiar well. And xIRON SHARPENS IRONx certainly do that. A six-song release that hits hard and fast, with clean, crisp production (the drums!) and a slight hint of feral insanity about it in places keeps things very interesting. While the record is no tragedy, the aftermath of it in a live setting will be a good sit down and a stiff drink. Punchy stuff. 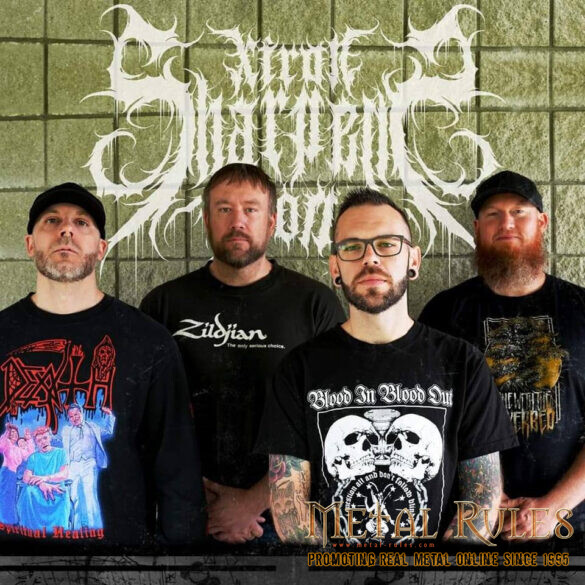 1. Emotion Over Sincerity
2. Violence Is Silence
3. The Weight Of Lies
4. The Deception Of Escape
5. A Cloak Of Indifference
6. No Salvation (feat. Jaaron Sanford)