Stygian Oath are a five-piece heavy metal band from Central Macedonia in Greece, who formed in 2015. Through Stormspell Records, they released their first full length album ‘Midnight Flames’ on May 25th, 2022. It follows a 2017 single called ‘Firebreed’ and a 2018 EP also called ‘Stygian Oath’. Guitarist Haris Vavalidis also plays with Atria Mortis, and has played with Crosswind.

The band do seem to have a Greek sound, in particular I’m reminded of Firewind (another local act obsessed with fire, which is interesting. Maybe it’s because it’s a hot country?). Like them, you get plenty of pedal tone and scalic riffs (but SO’s are often simplified) that go way back to Yngwie Malmsteen, but for ideas so basic to be truly effective, they need to be sped up a little. Moderately fast sequenced scales simply don’t sound too exciting. Some of the guitar solos are fairly epic, the leads in ‘Broken Mirror’ go on and on and in a very good way, too. Other leads sound a little more amateurish, but far from poor. The Rob Halford/Stratovarius style singing on the other hand is hard to fault. It’s powerful, dramatic and crucially, not cheesy. It’s not often you get a combination of all those three. It’s as if he’s too good for his own band, really he should be leading a supergroup.

I’m assuming the slightly doomy ‘Beyond the Grave’ is supposed to have a crushing riff with it’s moderately slow tempo, but again, maybe it could be improved by speeding things up a little. (Or a lot). Basically, it sounds dull. I know you don’t really get fast doom, but maybe a change of genre is needed?? In the song’s defence, some unusual scales and harmonised leads are explored (briefly). There’s nothing too wrong with them from a musical perspective, but again, they do need to be played with more confidence. Maybe the axeman should ask the singer for some tips, though it’s fairly obvious to me what he needs to do – practice more. ‘Broken Mirror’ for example has more interesting power metal progressions (think Warlord) that aren’t just made up of power chords and it has some nice fills, too. No need to play the minor scale over and over again in slightly different ways. Doing so doesn’t really create riffs, it creates scales.

In conclusion, there are certainly very strong ideas in this music, but unfortunately the slightly sloppy playing and frequent uncreative ideas from the instrumentalists stops the album from being truly enjoyable. The guitarist can shred fairly competently, but at the same time he’s not so great at playing basic lines fluently. Think Hammerfall/Helloween if all the band members bashed their heads and arms very hard in a bus crash, and couldn’t write and perform good music any more. Okay, it’s not THAT bad, but you get the idea. There are definitely SOME decent riffs and chord progressions in the LP ‘Under the Gun’ for example is actually catchy and fun and has the spirit of Iron Maiden, just not them at their best. Certainly check out some songs, but I don’t recommend the whole album. 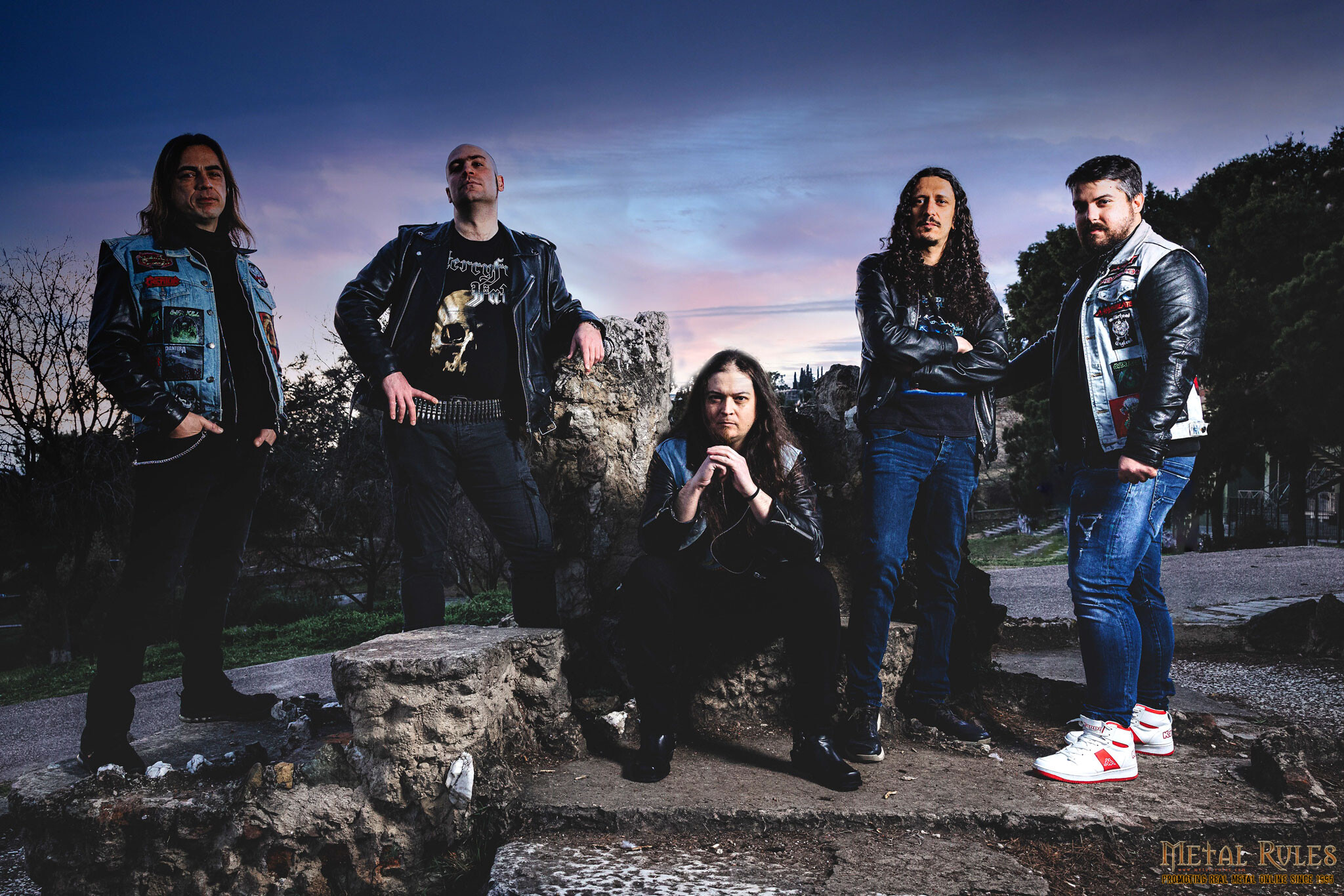 1. Raging Skies
2. Finger on the Trigger
3. Beyond the Grave
4. Broken Mirror
5. Midnight Flames
6. Under the Gun
7. Seven Years of Death
8. Onward to Victory
9. Holy Warrior