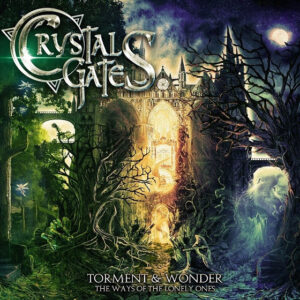 Crystal Gates is a symphonic power metal revelation born in Montevideo, Uruguay in 2013. Their first release was in 2015 with the EP: A QUEST FOR LIFE, which captivated locals and strangers alike with its excellent melodic sound that evoked the golden years of the giants of the genre like Edenbridge and Nightwish. However, the huge impact came in 2017 with the release of their single: “Shadowborn”. This song exploded and allowed Crystal Gates to play in several South American countries and share the stage with giants like Epica and Xandria.

It took five long years for us to hear from Crystal Gates again. At the end of June the band presented “My Glorious Fall” and a few weeks later they released “Moonshine & Sorrow”. Two magnificent singles that not only kept the level of their incredible previous works, but took everything to the next level with an excellent production. Said singles allowed to increase the expectation of their long-awaited debut album and it finally arrived at the end of July: TORMENT & WONDER: THE WAYS OF THE LONELY ONES.

The album is an explosion of symphonic power metal in its purest form. The band makes no concessions in terms of melody, epicity and technique. Each and every one of their instruments take the genre to limits that every fan will enjoy from start to finish. The album has truly epic guitars, with Benjamín Machín (founding guitarist) in a state of total grace both in the solos and in the melodic passages.

A special mention deserves the singer Carolina Pérez, who had already debuted in 2013 on the self-titled EP of the band Opus Gaia. Although that release was a good debut, Crystal Gates has definitely taken her abilities to another level and in TORMENT & WONDER: THE WAYS OF THE LONELY ONES we can say that she stands at the gates of consecration. Her timbre is very reminiscent of that of Sabine Edelsbacher (vocalist for Edenbridge) in the glorious days of ARCANA (2001).

Currently the Crystal Gates campaign advertises the band as based in Latvia. Hopefully this internationalization will allow a band that has absolutely everything to be the standard bearer of the genre in the years to come to exploit all corners of Europe. TORMENT & WONDER: THE WAYS OF THE LONELY ONES is one more example of many of the wonders that the Latin American scene offers. 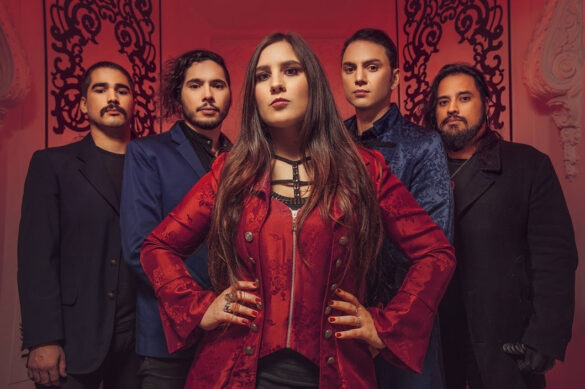