Interview by The Flâneur 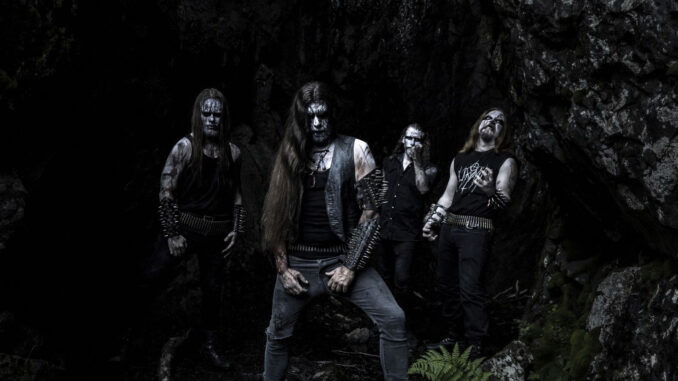 Djevelkult’s third full-length Drep alle guder was released recently through Soulseller Records, to critical acclaim and an excited fan base. The Flâneur caught up with Xarim discussing the finer details of the story of Djevelkult and the making of the new album.

Hi and thank you for your time. Please introduce yourself and your role in the band.

Greetings, it’s Xarim here, the founder and leader of the Cult.

Djevelkult means ‘Devil Cult’ in Norwegian. Could you tell me how and why you picked this name?

For me the name represents the worship of your inner self-being, the devil and the beast within. To be in league with your inner demons and draw upon the their strength and power. I wanted to express the band under a diabolical banner to bring the infernal music we make into the right mood and mindset of the listener.

You’ve had a more or less consistent line-up beginning with your first full-length I djevelens tegn, released in 2014. Your sound has evolved quite a bit since. Could you outline how each member contributed to this evolution, and in what ways has the band grown musically in the past 8 years?

For all the previous releases it’s been solely me composing and writing the music and presenting it for the rest of the band, until now with the new album. Beleth wrote his first piece for Djevelkult, the Voidwalker. Also Draug, who filled in on the bass recording for Skabb absence on this album came up with the song Den Forhatte for this recording, which I just added some details into the song writing. At the beginning of the band, I had my mind set on making the black metal only in my way, but over the years I’ve come to appreciate the others touch and influence on the composition part under the Djevelkult banner. It’s easy to get trapped in one’s pattern of creations. So by having a couple of songs collaboration it makes it easier for me to focus more on the other tunes in depth without feeling I’m stretching the concept.

I djevelens tegn has a lot of death metal and early third wave black metal influences. The following, Når avgrunnen åpnes, seems to have been influenced more heavily by second wave black metal. Your third full-length, Drep alle guder, is being released this month [May]. How does it differ from your previous releases? And, in what ways is it similar?

It’s natural for me as a guitar player to have been influence by a lot of different metal genre, and I try to combine the good parts from like thrash and old school death metal into our black metal, in a subtle and not overstepping way.

Do you have a favourite track from your upcoming release? What about one you particularly enjoyed working on?

I enjoyed working on both The Life Destroyer and Fordømmelse, also my favourites from the album.

I really enjoyed listening to your new album. It’s beautifully fleshed out musically, but the vocals have a unique rawness to them. Was this deliberate and what was your creative process like with this record?

Yes, it’s the combination of both the mighty composing and the raw and ugly vocals that makes Djevelkult’s soundscape as it is. It’s my personal taste mixed with my honest expression.

Was it a challenge to write and record an album during the pandemic?

For our sake the pandemic hit Norway just at a right time, we had already booked the studio after our last show in January 2020. We had been touring and played a lot of shows in 2019, so we wanted a break to solely focus on the recording itself. So with the pandemic raging across the world, we got our undisturbed time to record our album.

In 2019, you supported Acherontas at their European tour. What was this experience like for you?

It was really great experience and tour, the persons of the band has such talent and intelligence, and vast insight into the esoteric dark arts. Their performance was really a delight to witness every night. As well as Inferno’s dark atmosphere and powerful soundscape, the other band on the tour.

Do you have any shows planned for the future?

We have a couple coming up, planning to make one gig in Oslo this summer. And also we are booked for the Legend festival in Trondheim the 17th September. Apart for that we are always looking into getting book for serious events.

Where do you enjoy playing the most?

The preference I would say is medium sized venues and festivals. Under the Black Sun in Germany, Black Winter fest in Italy and Dark Mental in Denmark are some examples. The bars and venues we mostly play at on the tours is about right in their size for us. 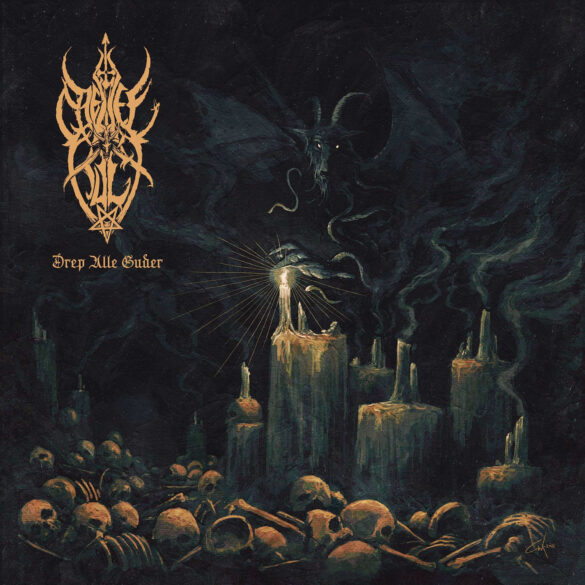 Your musical ties to the second wave of black metal are prominent throughout your discography. Is it daunting to be a contemporary black metal band in Norway? There is so much history there, do you ever feel like you need to fit the mold – or indeed, to escape it?

In the beginning I was very fascinated by it, to have such a strong and obscure culture within my motherland. But with the years I feel a bit mixed by it. Many bands just exploit that fact that Norway is one of the birthplace of the second wave black metal and play on that fact to get more fans around the world. But still there is gold hidden in between the rocks of the genre surfacing the genre.

Where in Norway are you based and what’s your local metal scene like?

We are based just north outside of Oslo and also at the drummers rehearsal place between Oslo and Bergen. Outside the major cities of Norway the metal community isn’t large, most people know of each others and also all the band-members plays in different bands all together, kinda like in an “incest” way/manner.

Your drummer, E. Brye, will be drumming for Tsjuder at their upcoming performance at Incineration Fest. How did this come about?

Nag of Tsjuder lives up in his area and they got in touch some years ago. And for the Incineration Fest they needed someone to step behind their drumkit, so Brye was without a doubt a natural choice. He will play other gigs with them as well.

Do you ever get compared to Tsjuder? Are they one of your musical influences? And, what are some others?

I gotta admit Tsjuder has played a major influence for my vocals back in the beginning of Djevelkult. And people have also commented on it in several occasions, saying they hear the connection. So it’s not far from it, I guess.

Do you have any non-metal musical influences? What about movies and literature?

For sure, I listen to a lot of different genres, everything from Wardruna to Preturbator. Also I do draw inspiration from tons of movies, games, books etc. Just to mention some from the top of my head; everything from Hellraiser series, Evil Dead series, Event Horizon, Dante’s Inferno, the Doom videogames, Diablo, Baldur’s Gate, H.P Lovecraft’s Necronomicon tales, Jo Nesbø series, Stephen King’s books and the movie adaptation based upon them, Thomas Harris Hannibal Lecter series, The Ninth Gate. I could go on and on.

Are there themes or musical directions you wish to explore more in your future work?

We will remain as always the path we have set out for Djevelkult, but even though we have been much based in the endless abyss and blasphemous matter there is a lot more to dive in the dark eternal void.

All of your full-lengths have been released through different labels, with the latest released through Soulseller Records, boasting the likes of Gorgoroth and In the Woods… What was it like working with the label, and how did they contribute to the record?

Soulseller Records has done a great professional work for the album, and we are proud for having our album released on their label. They have always remained calm and easy to make dialogue on the process of the album release.

Who created the cover for Drep alle guder, and did you have a specific vision for it in advance?

It was made by Misanthopic Art. I’ve had some ideas for it, which I presented to the artist and he made the rest of it. The process went straight from there to the artwork which we see on the album.

What do you like to do outside of music? Do you have any hobbies or other talents?

I enjoy a lot of different things in life, all from hiking in the wilderness, martial arts, travelling, beer crafts, being out on sailing on the sea and kayak paddling. But in these days I’m full up with both my work and with the two bands, Djevelkult and Blodhemn, so I don’t have as much time to all the hobbies I had in my past now.

Have you come across any new bands or albums you’ve particularly enjoyed lately?

Thank you for your time! Do you have any final words for our readers?

Thanks for setting up the interview, I hope you find it to be an interesting read.