Today, Anthrax releases “The Devil You Know,” the second “early taste” single/music video from the band’s 40th anniversary Livestream concert, Anthrax XL.   The release will be available in North America on Blu-Ray / CD / Digital on July 15 (Megaforce), and will have a European digital release on July 15 (Nuclear Blast), followed by a Blu-Ray release later this year. Pre-orders for Anthrax XL can be placed HERE

“The Devil You Know” was the first official single released from the band’s highly-acclaimed 2011 album, Worship Music, and was a stand-out track with the media. Rolling Stone referred to it as “…a relentlessly heavy number…as aggressive and punishing as you would expect from the band, but with a touch of old school AC/DC swagger thrown in for good measure,” while Loudwire wrote it was “addictive and propulsive…Scott unleashes what might be the riff of the year.”

Anthrax celebrated its 40th-anniversary last year, July 18, 2021, but due to COVID, had to cancel its global touring plans, scheduled for the band to celebrate its milestone with their fans all around the world. While the band is about six months into its 41st year, the band – Joey Belladonna, Scott Ian, Frank Bello, Charlie Benante, and guitarist Jon Donais are due to finally head out on that global anniversary tour. In late July, Anthrax will kick off its 26-date co-headline North American tour with Black Label Society and joined by Hatebreed, and then heads to the UK and Europe in late September to headline a five-week run. Tickets and VIP packages can be purchased at www.anthrax.com .  All dates are below. 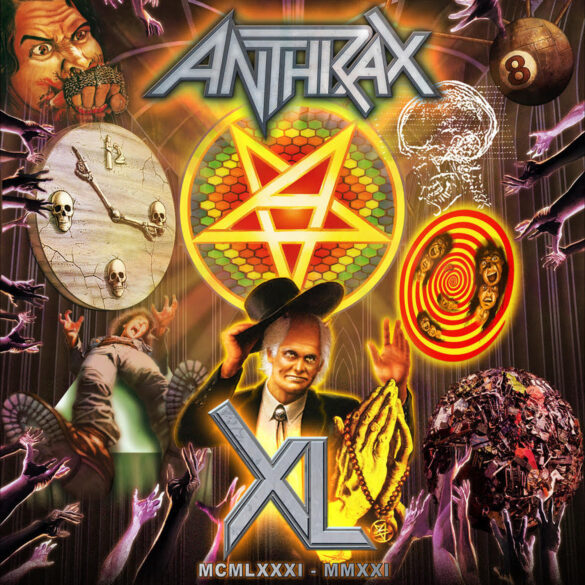 The track listing for Anthrax’s Anthrax XL Blu-Ray / CD / Digital is as follows:

Time/Fight Em ’Til You Can’t

Caught In A Mosh

I Am The Law

Keep It In The Family

The Devil You Know

Be All End All

Skeletons In The Closet