Calgary’s OSYRON has been nominated for a 2022 Western Canadian Music Award for Metal & Hard Music Artist of the Year. The band is nominated alongside Vancouver death-tech Archspire, Saskatoon proggers Before & Apace, Regina nu-metal Flash Back, and Calgary hardcore Trench. The awards will be held in the band’s hometown as part of the 20th anniversary of the BreakOut West festival and conference being hosted from September 28 to October 2.

“We are absolutely stoked and honoured to be nominated for the WCMA Metal & Hard Music Artist of the Year Award alongside such great bands like Archspire, Before & Apace, Flash Back, and Trench. Thank you so much to BreakOut West for the nomination!” adds guitarist Bobby Harley.

The awards are funded in part by the six provincial and territorial governments of western Canada. BreakOut West and the Western Canadian Music Awards are generously funded by FACTOR, Musicaction, the Government of Canada, and Canada’s private radio broadcasters, along with Whitehorse host partners, and event sponsors and funders, notably the Government of Yukon.

It’s been a very busy last two years for Osyron.They will be part of this year’s 2022 lineup for the 10th edition of Loud As Hell Festival in Drumheller, AB, along with their latest record and reissue of “Kingsbane: Deluxe Edition” garnering much praise from media and fans since its release during May 2021, which includes it charting in Canada at #10 for Top 20 Loud on Canadian College Radio (source: Earshot).

“Kingsbane: Deluxe Edition” features all original recordings plus bonus tracks remixed by bassist Tyler Corbett and remastered by drummer Cody Anstey. The decision to re-release the record along with three rewritten and rearranged bonus tracks for Viper Queen, Griefmaker, and Razor’s Wind (Acoustic) with current drummer Cody Anstey (original recordings were with former drummer Trevor Cobb) was an easy one after the great reception the band received from new fans for their 2020 album “Foundations” (nominated for a Calgary YYC Music Award for Metal Recording of the Year). 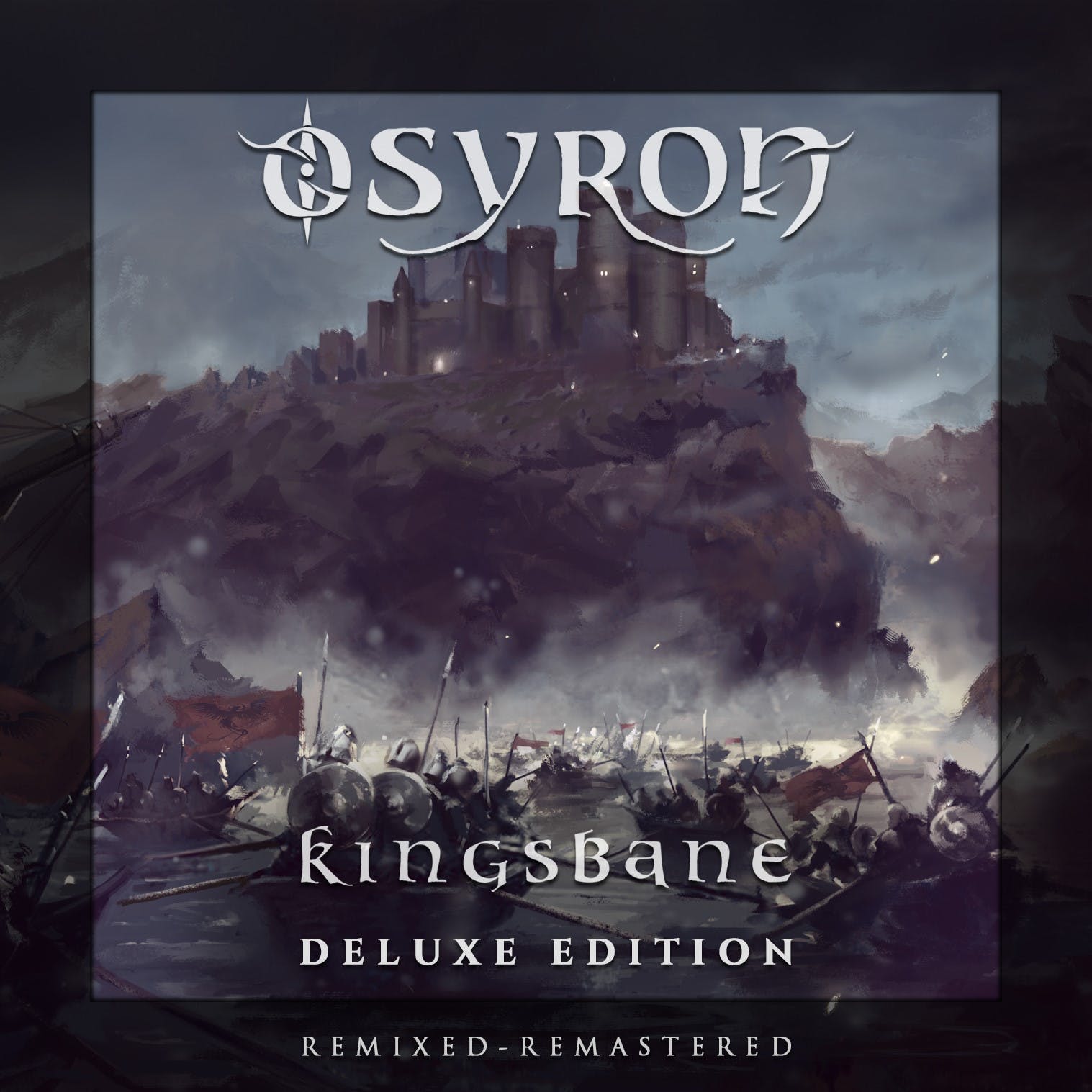 About:
Osyron is a symphonic metal band based in Calgary, Alberta. The group consists of vocalist Reed Alton, guitarists Krzysztof Stalmach and Bobby Harley, bassist Tyler Corbett, and drummer Cody Anstey. Bridging the gap between traditional European metal and the music of their homegrown contemporaries, Osyron has a sound all their own.

Performing alongside numerous major acts such as Norther, Protest The Hero, Into Eternity, Threat Signal, and The Agonist, Osyron’s next goal is to take their sound across the Atlantic in the flesh (post-Covid).

About EvilG 11414 Articles
Owner of Metal-Rules.com