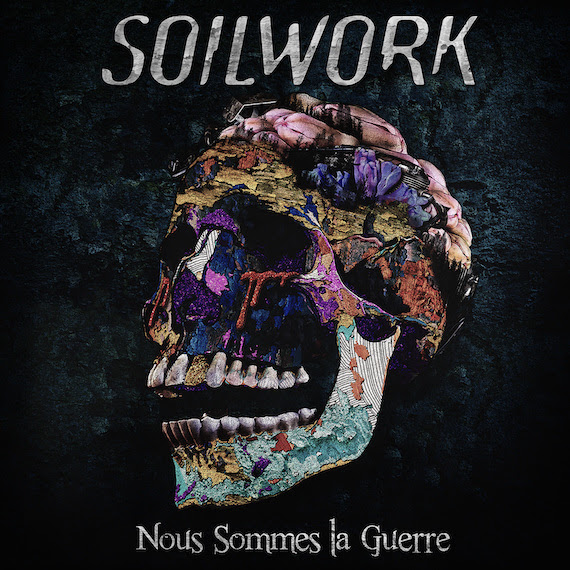 SOILWORK continue to please their fans by releasing the second single of the upcoming album Övergivenheten.After delivering the title track of their new longplayer already some weeks ago, the Swedes release the next single called ‘Nous Sommes La Guerre‘. This track represents the next massive piece of their highly anticipated album which is due on August 19th.

SOILWORK about the new single:
“‘Nous Sommes la Guerre’ evolved around a “fight or flight” theme. The song is about internal struggles and confronting your own worst sides. It’s a cry for help in defeating the darkness inside of you and move towards a brighter path.”

The extraordinary artwork for the new single is created by Argavilda who has a very own view on the band’s latest output. His thoughts about ‘Nous Sommes La Guerre’ and his interpretation of it:

“The idea is to peel the skin of the narrator to reveal the individual layers and see what makes the individual. All the scarred and murky sides being laid bare the deeper you dig. Crying golden blood because there are no more tears. It is a person soul searching to find answers and exposing themselves to ask for help. My interpretation of the lyrics is intricately connected to being lost and realizing, that you must build yourself up anew and that you cannot do it alone”.

Along with the new track ‘Nous Sommes La Guerre‘ comes also a brand new music video which can be watched here: 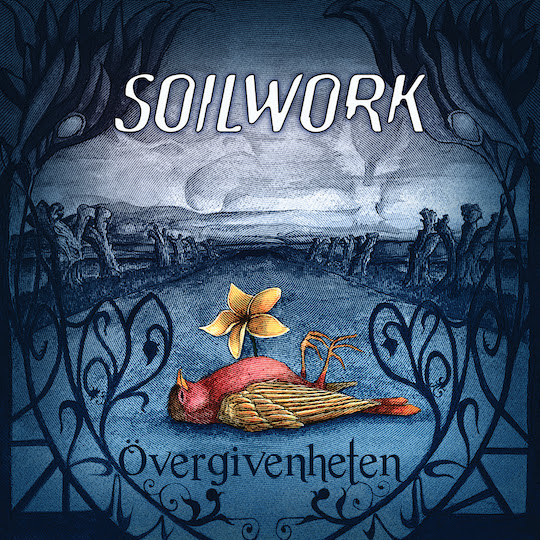 About
SOILWORK‘s steady consistency in creativity, which they have been delivering for years and also inspiring their fans with, is probably the most appropriate virtue that describes the band. Founded at the end of 1995, SOILWORK released their debut album Steelbath Suicide in 1998, which already received a good response. Between their debut album and album number five there were only five years, which means that by 2005 the bandalready had a lot of material out and since the switch to Nuclear Blast in 2001 at the latest, they had made the breakthrough. After a three-year album break, also caused by pandemic and difficult working conditions, SOILWORK are standing now in the starting blocks with their twelfth album Övergivenheten which is set to release in August 2022.

Additionally, the band announced that Rasmus Ehrborn has officially joined as new permanent bass player in the beginning of this year, which makes the SOILWORK line-up complete and ready again to capture the stages around the world!