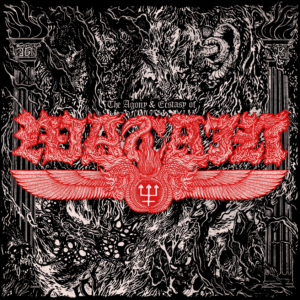 Does Watain even need an introduction? We all know what they sound like – why else would anyone be reading this review? One of the trailblazers of third wave black metal, the polarising Swedes have been staples of the genre for over twenty years, since the release of their 2000 opus Rabid Death’s Curse. Their seventh full-length The Agony and Ecstasy of Watain sees them dip into rather egotistical territories of introspective perversion. Freshly signed to Nuclear Blast and ready to embark on a 19-date European tour, Watain deliver us with an altar of their signature uncompromising blast beats, filthy riffs, and growldom bondage. Or, at least, that’s how A&E begins. Conveniently named, huh?

Ecstasies in Night Infinite is definitely trve Watainesque perfection. Watain quite literally outWataining themselves. Catchy and fast to the extent that, at first listen, I was worried this might be Watain’s best album yet if they kept up with it. Fortunately, I was wrong and Lawless Darkness is still in the lead. This becomes clear with the following The Howling, as well as the other single released in advance – We Remain. Watain clearly wanted to deceive the listener with the first track so that the remainder is given the same benefit of the doubt. And honestly, who could blame them? It’s the oldest trick in the sheet book. Serimosa, the underdog, is simply not enough of a saving grace, no matter how punchy it may or may not be. There’s a steady decline of rpm from the first song up until the middling Leper’s Grace, but then Watain’s trademark odd album sequencing kicks in.

See, I often mistake Watain for 1349, and vice versa. Why? Sure, they sound very similar. But more so than that, they both tend to have misplaced instrumental interludes. A&E does not disappoint in this category and treats us to Not Sun Nor Man Nor God. Brilliant song name for an unnecessary underwhelming piece of dramatic instrumentation. High speed and melodic hymnage are back on the menu after, but they’re not nearly as satisfactory as one would have hoped them to be. Following, there is another hush, and the pace picks back up with the ninth piece, Funeral Winter. Man, again with those completely unfitting names. The album concludes underwhelmingly, with a piece better suited as a crescendo than as a lyrical conclusion. In fact, the only indication of Septentrion being the closing composition are its very last few orchestral chords.

I’m honestly struggling to come up with inventive thoughts to describe this album. It’s very middle of the road third wave black metal, and something both expected and unexpected from Watain. Expected – because this is what they normally sound like. Unexpected – because I have come to expect a little more creativity from them. The bar for their specific genre of choice, however, is impossibly low. Many would love this album. But, in the grand scheme of things, it is utterly forgettable. Despite all that, the opening piece, Ecstasies in Night Infinite, is one of Watain’s very best, and a perfect trompe l’oeil. Welcome to Watain’s A&E: the reception is swanky and pristine, but abandon all hope ye who enter here. Though, perhaps, this is satisfactory enough. 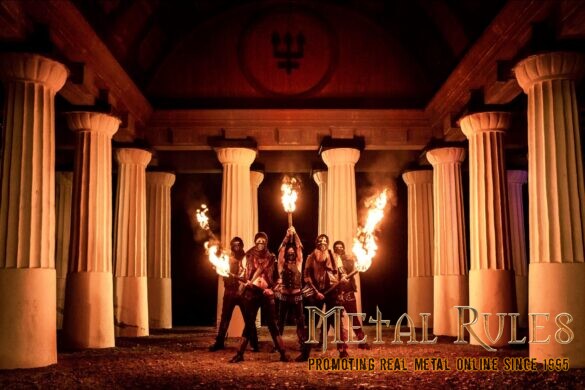 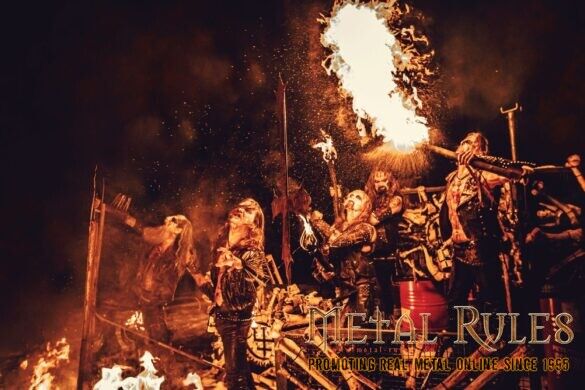