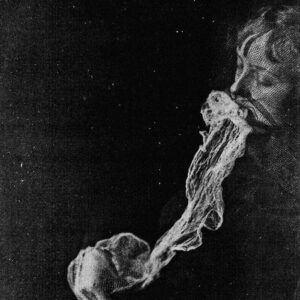 Following up their 2017 debut full-length, In Via ad Nusquam, Dutch atmospheric/raw black metal trio Faceless Entity have re-emerged with second album, The Great Anguish of Rapture. They also have four demos in their back catalogue, released 2014-2015. The band are signed to Argento Records, a label based in Amsterdam, The Netherlands, who have collaborated with the likes of Moloch (UKR), Venomous Skeleton, and Verwoed.

“The Great Anguish of Rapture” starts the album off at a sluggish speed, dragging listeners into a bottomless pit of lo-fi raw black metal. The brief clean singing is the only sign of humanity the ten-minute opener demonstrates. Ear-piercing shrieks play their part in making “Decaying Banners of Existence” a horrifying experience, working well against the buzzing guitars and boom rhythm section.

Despite the song title, “The Enigma of Death” is the most optimistic-sounding track. Track three does still carries an air of menace, which is present throughout The Great Anguish of Rapture. It shines in the middle of the album as a brief beacon of joy, caught between pessimistic slabs of raw black metal.

“A Growing Void” shows no signs of euphoria, as the pace slows down again. Even with the lively blast-beats, “A Growing Void” is depressive and consuming. Track four is a seven-minute (un)friendly reminder that all hope is lost.

The varied vocal styles throughout “Death, a Rot Beneath the Mask of Existence” distinguish the track from the three other depressive episodes, while still containing a few highlights from them. The instrumentation seems a less receptive here, largely helped by the fact this is the shortest offering on TGAOR.

Faceless Entity’s sophomore album is not as eventful as it could be, with a majority of the songs easily blending into the one before or after it. The Great Anguish of Rapture does, however, create a wealth of atmosphere and depict a range of negative emotions during its forty-minute run time.

For fans of: Black Cilice, Katharsis, Ultha and Xasthur. 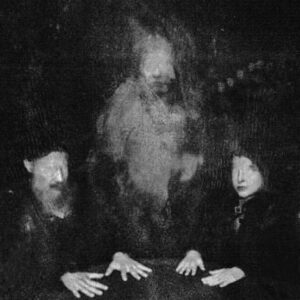 1. The Great Anguish of Rapture
2. Decaying Banners of Existence
3. The Enigma of Death
4. A Growing Void
5. Death, a Rot Beneath the Mask of Existence