Besieged are a Canadian thrash metal band on Unspeakable Axe Records, who will be releasing their second full length album ‘Violence Beyond All Reason’ on 6th June, 2022, on CD, cassette and digital formats. Despite their home country, their approach is more US-American and European-sounding and sometimes brings to mind the famous Bay Area. In particular, the group have been heavily inspired by Beneath the Remains. It has been twelve long years since their debut LP ‘Victims Beyond All Help’ but that in no way means their style has slowed down or become less aggressive.

First impressions? Fast. Just because the musicians don’t play semi quavers at close to 300 bpm like some death metal bands do, doesn’t mean tempos in the 200 bpm region or whatever can’t sound just as exciting or even more so. (Though to be fair, they often play in double time). These guys pump the adrenaline in a way only the best artists can. Part of their success can be attributed to the very human drumming that often wildly plays ever so slightly ahead of the beat. The guitar riffs often meander up the scale in interesting ways creating even more suspense and the tightness of the speed picked chugs is impressive. There isn’t TOO much variety in such chugs, so you better like power chords and rapid root notes. Sometimes chunky early Fear Factory type riffs are heard but sped up a little along with Kreator and Slayer type ostinatos, but Besieged are usually not as chromatic as the latter two. In particular, the harmonies in ‘Path to Defy’ remind one of the mid section of ‘Angel of Death’. (Only faster).

The neoclassical shred guitar solos are mostly about completely freaking out and can be compared to that of Avenged Sevenfold, only less melodic and more intense. They’re not for everyone, but if you appreciate almost perfect musical crispness, you may love them. Having said all that great stuff, as there is only a small variety of tempos on offer in the album, the excitement does dull down a bit after a few tracks. Some crushing breakdowns from time to time really would be appreciated. The singer shouts his head of all the time, and consequently there are no vocal melodies to add interest to the overall sound. His style isn’t death metal grunted or black metal shrieked, think the aggressive style of Beneath the Remains. Having said that, maybe the Besieged singer could do with more true passion and charisma to really up the adrenaline levels. His style is more everyday and forgettable aggression, so to speak.

In conclusion, if you don’t like one song on the album, chances are you won’t like any of them. (Unless you have super picky tastes that are hard to explain). The guitar riffs stick to a formula a little too much at times, (power chords are often combined with short but very tasty fills) but as there is a reasonably wide variety of notes used in such fills, it does mean you have a fair amount of possibilities. To be fair, other times there is more creativity in the form of true catchiness mixed with craziness for example. Again, more slower tempos could have a great effect, it seems these guys think slower speeds are for wusses. Not true, some breakdowns can be extremely heavy. If you have a high tolerance for high speeds however, Besieged could be the band for you. They are also recommended for fans of not so deep and serious thrash (some Metallica can be considered fairly serious, I think) and if your tastes are more hardcore punky. Not bad! 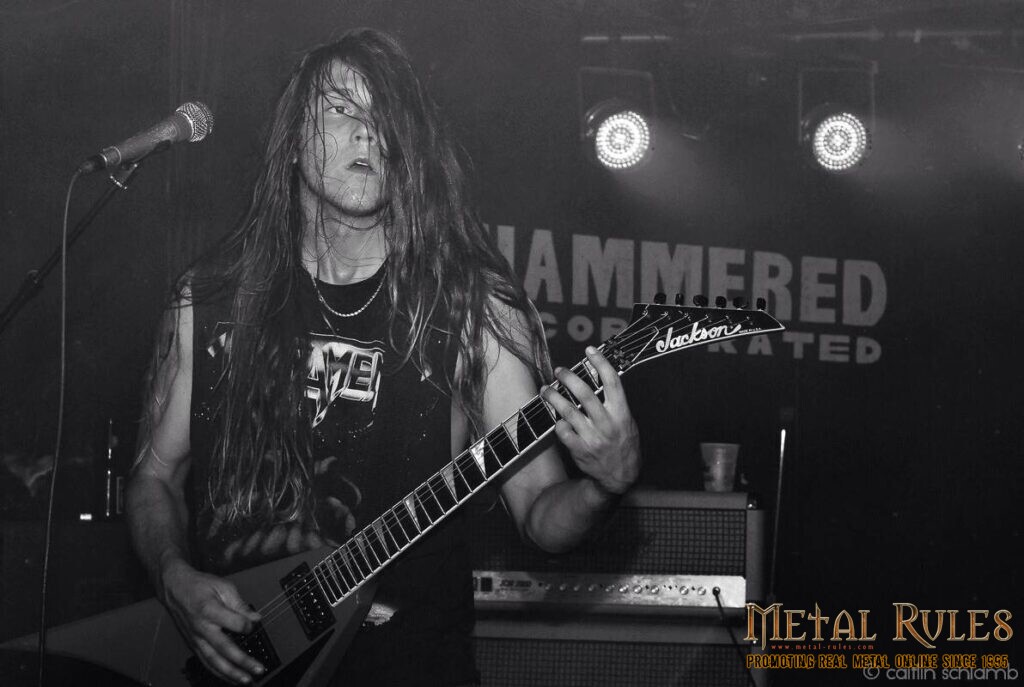 1. Last Chance
2. Paragons Of Brutality
3. Violence Beyond All Reason
4. Path To Defy
5. One World Coma
6. Descent Into Despotism
7. Testaments