The last couple of years haven’t been easy for any band, or really for pretty much anyone. For Nightwish, times have been particularly challenging. The band released their album HUMAN; NATURE just as the pandemic began in the spring of 2020. As a result, the album’s tour was postponed repeatedly until this day. It surely didn’t help when the band’s longtime bassist and second singer, Marco Hietala, unexpectedly left the band in January of 2021. About a year ago, Nightwish played two live gigs that have since been released as a double DVD. The gigs were a tremendous worldwide success, and was where they introduced their new bassist Jukka Koskinen. Tampere’s Nokia Arena is an entirely new and welcome addition to the list of Finnish concert venues. The new arena can accommodate as many as 11,000 people, but because these Nightwish gigs have been long-awaited, it was not surprising that this concert was completely sold out.

The long-awaited return of Nightwish started, as announced in advance, at 09:00 PM. Partially performed “Music” acted as an intro before the band appeared on stage and opened the gig with the song “Noise.” As expected, a crazy amount of bombs and pyro effects were used on stage. The massive fireworks continued during the “Planet Hell” and “Tribal” heard. I felt that a lot of money was literally burned like smoke in the air, but it honestly looked terrific. 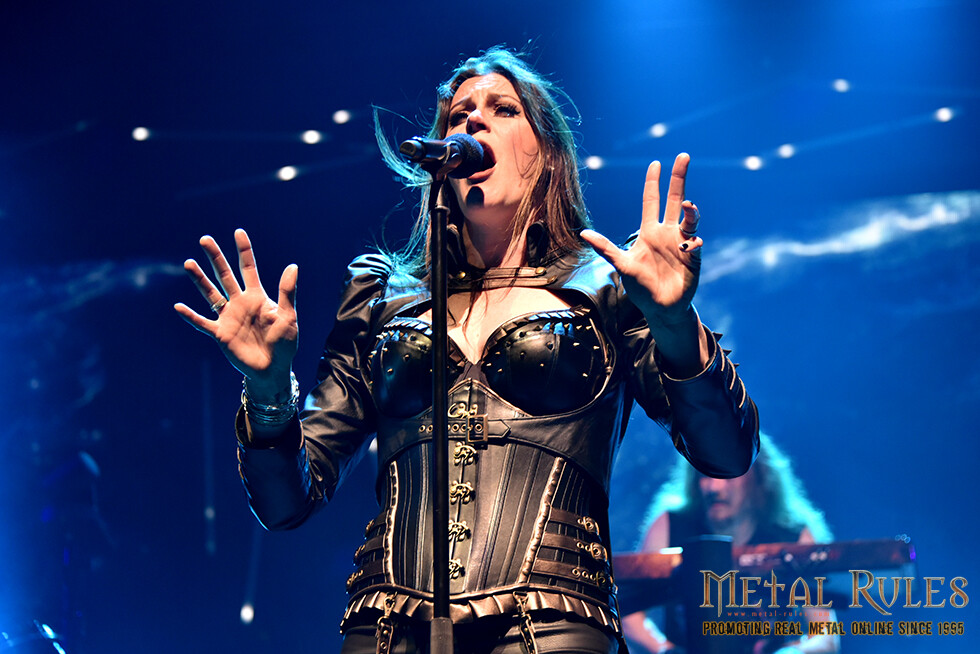 The heart and soul of the band’s live show is impressive looking and, in all respects, a stunning vocalist Floor Jansen. The “amazonian” woman can sing like an angel, and she has an extensive range of voices. Unlike her predecessor, Jansen can sing and interpret just about anything. She can sing opera-type high vocals, a melodic pop style, or a shallow singing style that was heard during the massive “Greatest Show On Earth.”  It’s easy when you know how to do it. On top of that, a rumor has it that Floor would now have performed as ill, and the cancellation of the entire gig had therefore been very close option. Well, I didn’t notice any signs of it because her performance was so full of energy, and I didn’t notice anything wrong with her voice either. A true professional is a true professional. 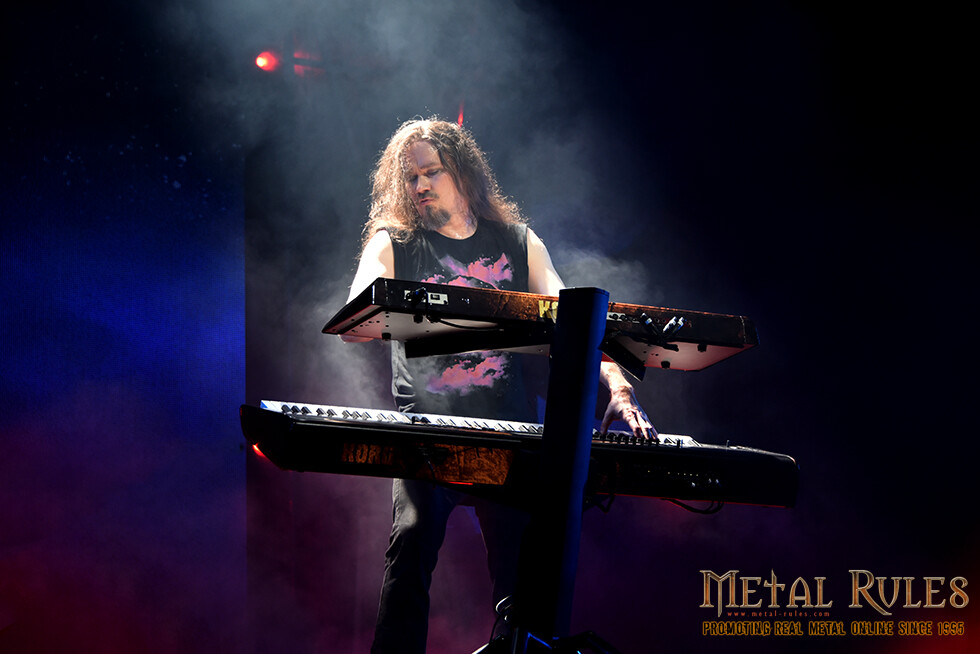 Tuomas Holopainen is the band’s other leading figure, primary composer, and the mastermind of the the whole thing. As we all know, the Nightwish band is very much his creation, and he was now on the right spot, in the middle of stage leading his troops. His smile was really wide throughout the performance, and even from a long distance it was easy to see that the man really enjoyed returning to the stage.

When Hietala left Nightwish, many fans sure wondered how he could be replaced because he played a significant role in the band, especially as a singer. The solution is that no attempt has even been made to replace Marco, and the band’s new bassist Koskinen is not singing at all. Obviously, the songs in which Hietala previously played a significant role have now been left out of the setlist. Of course, it was a bit annoying when the setlist was now missing, e.g., “standard” Nightwish songs, such as “Wish I Had An Angel” and “Phantom of the Opera.” The positive thing, though, was that when Nightwish performed, for example, “I Want My Tears Back,” the band’s multi-instrumentalist Troy Donockley took over a significant role in the vocals, the old Marco parts, and he sang those parts really well. Although Troy has been singing a few lead parts, and entire songs in the past, it seems that there’s still some unused capacity left in this band. 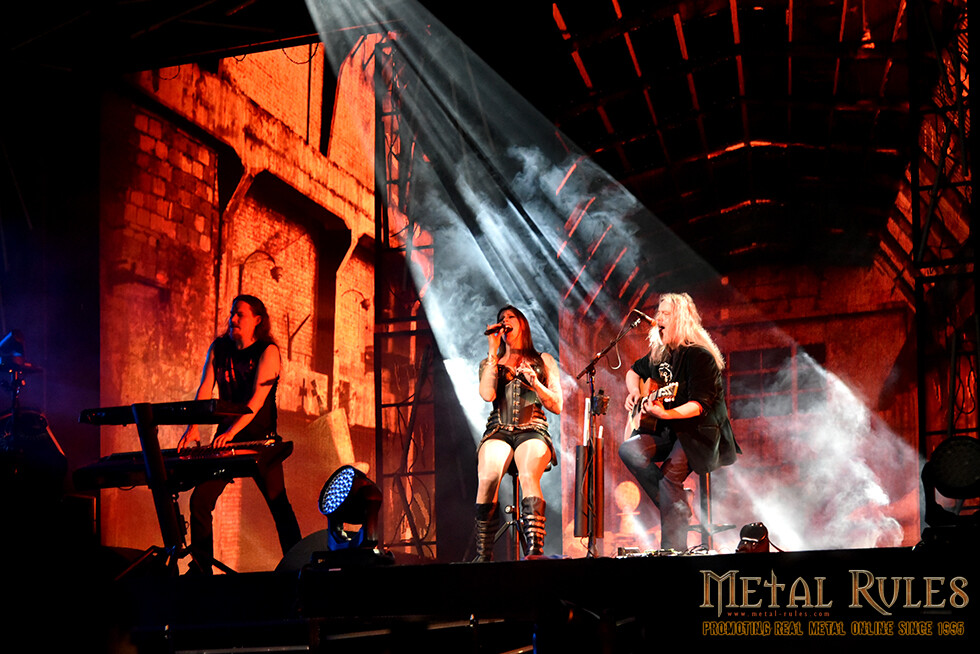 It was also great to note that many of the HUMAN: NATURE songs sound really great in a live situation. To be honest, I’ve not been the biggest fan of the album, but I’m sure to give it another chance after this show. “Noise,” “Tribal,” and especially the beautiful acoustic “How’s The Heart,” work really well, and they definitely deserve their place on the set list. If we talk about the highlights of the gig, then in addition to the usual hits like “StoryTime” and “Ever Dream”, “Ghost Love Score”, “WISHMASTER’s” old classic, “She Is My Sin,” and the massive “The Greatest Show On Earth” that ended the gig were definitely such. Sure, it would have been nice to hear more of the band’s early material, but overall this was fine setlist. 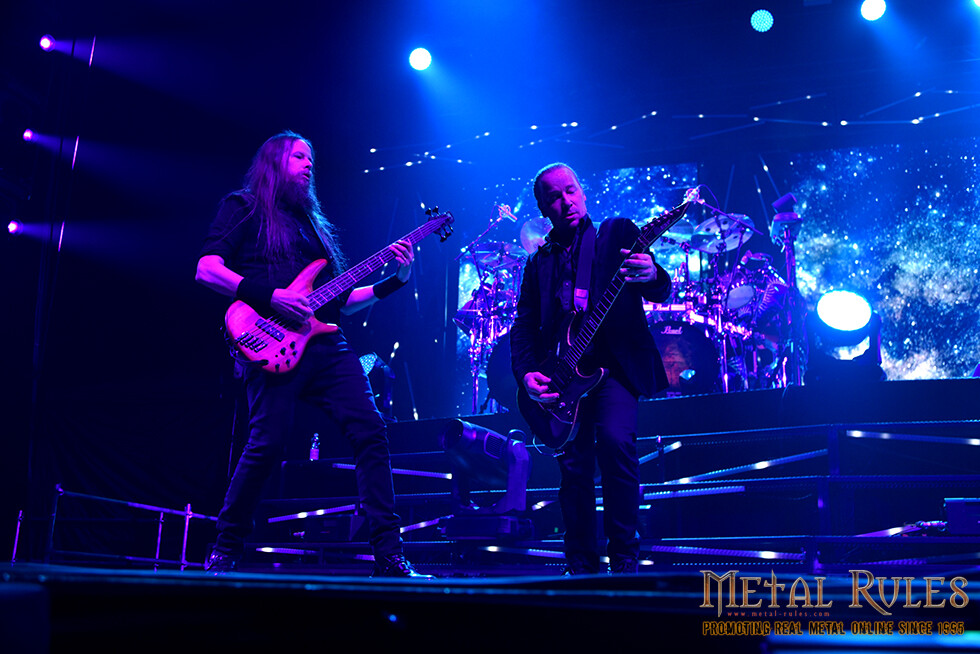 in summary of the gig I would say that the band sounded fresh, excited, and hungry. The new stage show was very spectacular, especially the pyrotechnics looked amazing. Although there were some shortcomings in the setlist, it was still a good mix of old and new, spiced up with a few rarities. Floor Jansen was incredibly good, near phenomenal, and the new lineup played superbly tight together. Even Koskinen looked like he had always been a part of the band. The new band lineup played superbly tight together. Nightwish has gone through many significant lineup changes in the past, but the band is like a chameleon that recreates its skin at regular intervals. Once again, the re-creation of the skin has been successful, and now the band’s future looks bright again. Obviously, the difficult times are now over, and everything’s going great again in the Nightwish camp. 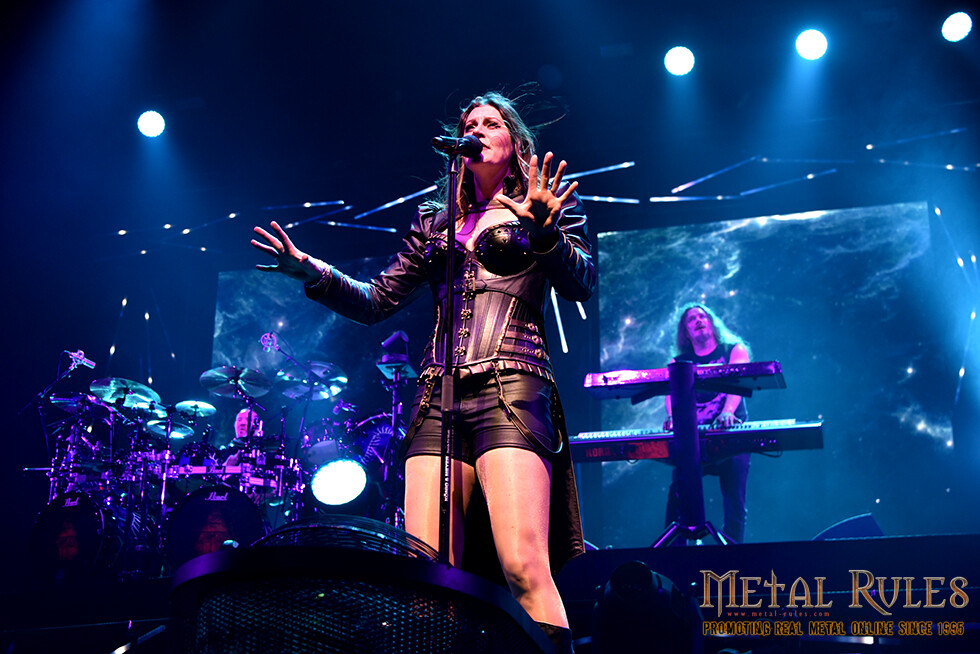 Noise
Planet Hell
Tribal
Élan
Storytime
She Is My Sin
Harvest
7 Days to the Wolves
Dark Chest of Wonders
I Want My Tears Back
Ever Dream
Nemo
How’s the Heart? (Acoustic)
Shoemaker
Last Ride of the Day
Ghost Love Score
The Greatest Show on Earth