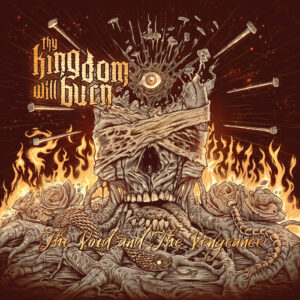 It is often talked about in these parts, but metal and melody are not usually seen as the most bosom of bedfellows. Well, the more kvlt types certainly subscribe to this viewpoint, but it seems that there is rather a dearth in the latter in our neck of the musical woods. Except where melodic death metal is concerned. Hey, you get the best of both worlds, so what’s not to love? Utter brutality mixed with sweet, serene harmonies – great. With it being perfected and perpetuated in Scandinavia, we take a look at Finland’s THY KINGDOM WILL BURN and their sophomore effort and wonder whether the above regional generalisation holds true across the area.

‘The Void & The Vengeance’, in many ways, is exactly what a fan of melodic death metal could really wish for. It packs the requisite punch with meaty riffs, thunderous drumming and ticked-off vocals, whilst weaving in twin guitar harmonies and clean guitar passages that bewitch the ears. If you are partial to a little thrash, then there are small tidbits for you to get your teeth into (see the intro to “Veil Of Wicked Sky”). Fancy yourself with a little bit of the progressive kind of thing? Give yourself a treat with a trip to a “Barren Land”, with its flowing use of clean guitars and a moodier atmosphere. Rest assured, it’s not just straight-up melodic death metal here, and there’s even a touch of the black metals in the furious blasting riffs of “Serpents” and the album’s opener, “Between Two Worlds”.

Where the album shines most in the additional offerings is on the likes of “Between Two Worlds” and closer “Through The Broken Lens”. The former makes use of some acoustic guitars that call to mind Sweden’s OPETH, whilst the latter begins proceedings with gentle, sorrowful piano. It is these that make the ears prick up a little more, however their use is, disappointingly, all too sparse and their presence all too brief. The hallmarks of melodic death metal are all on-hand, but where the above offer a degree of uniqueness, it poses the question of what THY KINGDOM WILL BURN are offering that makes them stand out from the crowd.

On evidence here, ‘The Void & The Vengeance’ feels like a rather “meat and potatoes” take on the genre. The riffs bludgeon where appropriate and thread melody in ably, like those in “Nothing Remains”, and the lead work worships at the altar of melodic death metal heroes IRON MAIDEN and JUDAS PRIEST. However, it is not an album that is attempting to push boundaries or further the genre. While not necessarily a bad thing, it does rather leave you feeling a little cold after a few listens.

Nevertheless, ‘The Void & The Vengeance’ won’t seem out of place when placed on a playlist with genre contemporaries. It’s heavy in all the right places, and delightfully melodic where necessary, whilst the use of acoustic guitars and piano – albeit too briefly – hint at a possible interesting avenue for THY KINGDOM WILL BURN to explore on album number three. Having only taken a year to release after their debut, it may not be too long to wait before we find out if the band are going to expand their sound a little more! In the meantime, their sophomore will ably bulk your melo-death night. 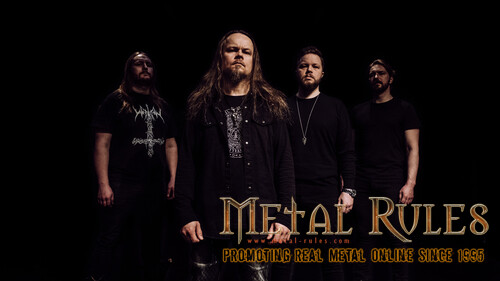 1. Between Two Worlds
2. Disbelief
3. Veil Of Wicked Sky
4. Fortress Of Solitude
5. Nothing Remains
6. Barren Land
7. Siren Of Doom
8. Serpents
9. Through The Broken Lens