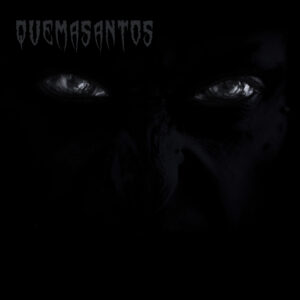 Undoubtedly Chile is one of the strongest scenes that Latin America has today; the number of bands that have been born and the quality of their work speaks for itself. However, one of the things that also characterizes this scene, and very little is commented on, is its commitment when expressing itself for or against a cause. They are not afraid to have a point of view.

Quemasantos is a clear example. This is not a band. It was an initiative born exactly 10 years ago in order to compose a song called “Somos Legión” in the framework of a protest that took place in Chile in favor of a free and quality educational system.

The song was part of a split that was titled: LA EDUCACIÓN, NUESTRA RAZÓN and brought together 14 groups from Chile. In that album Quemasantos participated with the name of Pirosaint.

In mid-April, Quemasantos released its self-titled debut album: QUEMASANTOS, a work that brings together all the songs that this group composed between 2012 and 2021. The album features nine songs in total, although “Somos Legión” is repeated as it includes both the original version from 2012 as the remastered from 2020.

Musically, the work offers very well-constructed pieces both in terms of production and composition. They handle a style that combines heavy metal and thrash metal very well, since it is placed very in the middle of both subgenres.

QUEMASANTOS’s work is a great reflection of the value that music can have to chronicle an era. It rises above the simple fact of playing music and acquires a testimonial value. 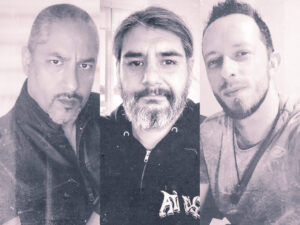