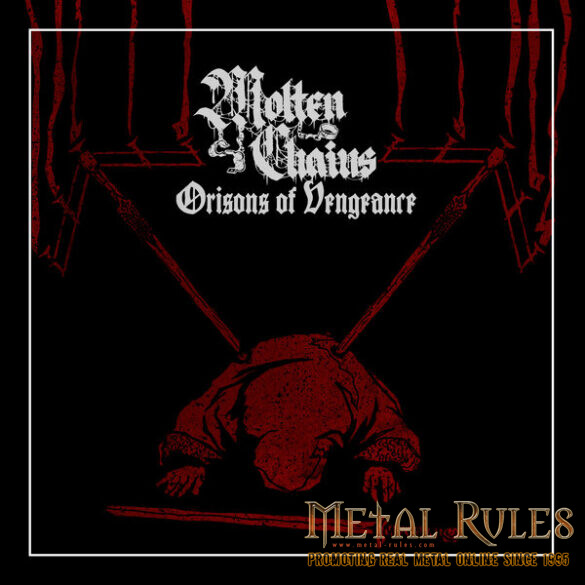 Austrians Molten Chains are about to release their third full-length album in almost as many years in Orisons of Vengeance. Impressive pace, and even more impressive given the quality of the work on show here.

The album is a tricky one to succinctly describe musically. It’s metal through and through, but pulls together a lot of different bits and pieces from varied styles to create something of their own. At the core is the traditional heavy metal theatricality, but there’s a lot more to these six songs than just that. The thrash influence is a frequent dominant force, in a grimy sort of early Venom style. “Hand of God”, “Martyrdom” and “Black Mantle” all have some deliciously catchy riff galloping. At times we also get some doses of something from the more extreme ends of the metal spectrum, the vocals at times dipping into true snarls, and the percussion unafraid to dive into blast beats, as in “Communion”. Some flashier sections and open song structures also speak to a bit of prog influence here and there, while the moments of more grandiose vocal delivery add a doom flavour.

So in truth, there’s a bit of everything packed into this relatively short tracklist, and it never feels tacked on or forced. There’s a consistency to it all, helped by the solidly abyssal, hellish vibe Molten Chains have going. There’s a consistently raw feeling to it, with the guitars deliberately taking a low, rumbling route and forming a dark undertone to everything, while the vocals echo through like a twisted minister leading his satanic proceedings along. It’s not overdone, and that strong thrashy wildness keeps things fun, but it does lend a sense of cohesion to the otherwise varied album.

Whatever you want to call Molten Chains, it’s quality dark, heavy music, a concise package in which every track does just what it sets out to do. 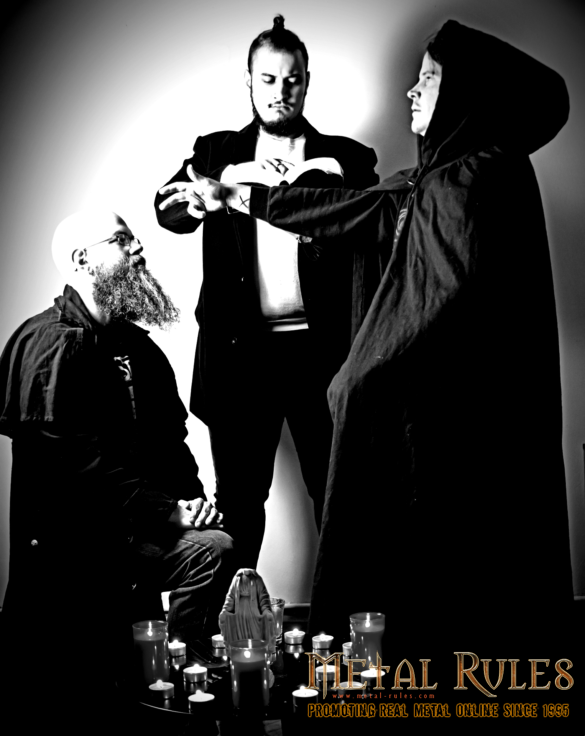