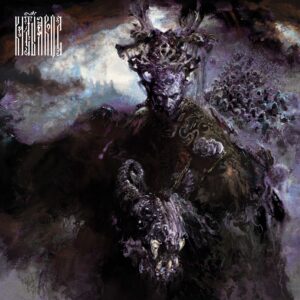 When I first saw the name of Katharos’s sophomore release, Of Lineages Long Forgotten, I was made to expect a dungeon synth-saturated oeuvre in the vein of Summoning, Eldamar, or Druadan Forest. However, this is very much not the case. Instead, Katharos treats us here with an unrelenting symphonic epic, in the vein of Limbonic Art, Nightbringer, and many of I, Voidhanger’s black metal releases – in that it contains their signature chaotic song-building. I’d like to think it’s song-building rather than song-writing, because with bands on the avant-garde spectrum of symphonic black metal, the end product is almost architectural. In Katharos’s case, this architectural sound can be explained as akin to a monochrome Gaudí. I think they were going for a Dimmu Borgir/Emperor-esque kind of sound but Of Lineages Long Forgotten is nowhere near as cohesive or melodic. In my opinion, this is more an avant-garde black metal album with overarching symphonic influences than a straight up symphonic black metal one. While discussions on style and genre could often be perceived as alienating or elitist, I think it’s important that one is aware what they’re listening to when experimentation is involved – or what they’re not listening to, for that matter.

This album genuinely frustrates me. The synths and the actual symphonic elements are very aptly performed, but the rest of the music is so disconnected from them. When Those Hornclad, the opening piece began, I found myself quite impressed and started with a base rating of 3.5, expecting the remainder to take this epic cacophony to more structured heights as the album progressed. However, by the time track five Lay Yersinian Siege came around, I was down to a 3. Lay Yersinian Siege is possibly the piece on this album, which makes the most sense musically. I’m not saying that music needs to make sense, but there has to be something there to give an album replay value. Especially one of such grandiose production – it was, in fact, recorded at the fabled Necromorbus Studio, and Katharos seem to be truly proud of what they’ve accomplished within it. As they should be – if they are proud and happy with the release, then who’s to say it’s not good. Isn’t metal, and black metal in particular, meant to be an intrinsic creation, an uncompromising and dissonant “degenerate art” intended to pervert expectation and convention? After all, one person’s cacophony is another person’s lilt. However, I’m the former of these two fictitious people, and by the time I got to the closing track, Most Dread Portent, weary and itching to put on Enthrone Darkness Triumphant, I was at 2.5.

Of Lineages Long Forgotten definitely won’t be everyone’s cup of black tea – and it’s not meant to. However, I think Dimmu Borgir and Emperor associations should be left at the door when entering this amorphous edifice. After all, they had the rawer production quality that suits genuine symphonic black metal so beautifully, building it into a gothic cathedral of inconceivable monumentality. The pristine, icicle striking aluminium cladding quality of Katharos’s epic, on the other hand, is almost at odds with its perceived lineage – their own Sagrada Familia. And, Sagrada Familia is one of the most visited tourist attractions of Barcelona, so who’s to say that Of Lineages Long Forgotten won’t achieve the heights it intends to?

I, for one, would be quite intrigued to see this album being performed live. It’s really so uncompromisingly fast yet operatic, so technical yet aural, that a good live performance would garner many a novel admirer. I might subsequently be one such, but until then, I remain unpersuaded. 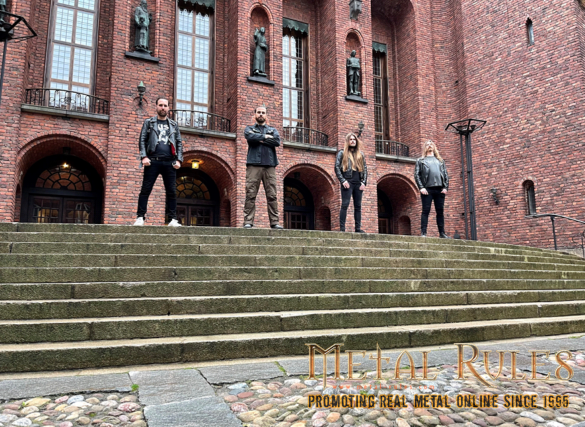