Axel Rudi Pell is German metal guitarist-songwriter who released his latest album ‘Lost XXIII’ on 15th April, 2022 with his fellow band mates through Steamhammer/SPV. The artist has been releasing music at regular intervals for more than thirty years, fan reactions have always been positive, and record sales impressive. His latest effort is deeply melodic hard rock that is typical of his style, and features a number of fast paced rockers. There are also more epic moments. Pell explains: “XXIII is the Roman numeral for 23 and stands for W, the 23rd letter of the alphabet. Which in this case is an abbreviation of ‘world’, so you could also call the album ‘Lost World’, a reference to the currently pretty alarming state of our planet.”

The basic, repetitive and almost slightly childish keyboard parts that start the album give the first impression that it is amateurish which is a shame. The rock guitar improvisations that soon arrive aren’t bad, but they’re kind of overpowered by the droning synth notes and its basic rhythms. Luckily the intro instrumental only lasts a little under two minutes. Is the first ‘real’ song any better, with its full band and vocals? Well, the guitar parts are fairly disappointing. The lead riffs are dull, the riffs that back the singer mostly rely on basic power chords that are without any embellishments, the bass simply mimics the guitars, and the drums are super-typical. The axe solo if full of life to be fair and is fairly melodic, at least in places, but it’s far from truly virtuosic. If slight scrappiness bothers you and you like all sorts of daring pyrotechnics, you may be a little disappointed. The vocals are perhaps the stronger features of the song with catchy if fairly standard power metal style melodies. I’m reminded of bands such as Helloween.

The third track is slower, but the vocals have the same positive style. There are some more interesting parts in the guitars, but still, the axeman is over-reliant on power chords and cliched riffs. Think later period Hammerfall, but with less interesting songwriting. Track ‘Gone With The Wind’ thankfully has a complete change in style, it being a light ballad. Well, I say ‘thankfully’ the vocal delivery is a bit over the top and emotional. It sounds kind of sugary despite the manliness, if you know what I mean. But the clean guitars are nice enough. Thankfully for real this time, powerful distorted guitars replace the nicer ones adding plenty of drama, and the singer has a slightly more normal rock style over the top of them. Still OTT in terms of emotion, but not quite as annoyingly so. The guitars in ‘Freight Train’ for example don’t completely rely on power chords, but does that sound like a huge compliment to you? It may be if you’re a more casual metal fan, but the instrumentation will be tiresome for more hardcore metal heads.

You’d think speed metal song ‘Follow The Beast’ would be a highlight with its invigorating beats and chugs, but it has the same flaws as the earlier tracks. Again, the guitars that back the vocals often seem to do the bare minimum. ‘Fly With Me’ is cheesy if anything with the most sugary vocals of the album and the annoying repetitive piano chord progressions. Again, it gets heavier later on but it’s still a bit much. ‘The Rise Of Ankhoor’ is a fairly dull, but up-tempo rocking instrumental. If you’re expecting the quality of Tony Macalpine or Vinnie Moore you’re going to be disappointed. It may make you wonder why the band bothered as even high quality instrumental music often gets butchered in reviews. It’s not as good as simpler Hammerfall instrumentals such as ‘Raise the Hammer’ either, but it’s certainly not TOO bad or boring if you’re a more casual instrumental fan. The last song on the album may be the longest at eight and a half minutes, but other than fact and the occasional weird note choices from the instruments, it doesn’t really stand out much at all.

In conclusion, this music is a lot of fun if you like 80s style anthems, but there are no surprises in it whatsoever. (Other than the intro instrumental, but that surprises in a bad way). The guitar solos are fairly decent, but again, no surprises. Of course guitars shouldn’t distract from the singer or the sound would be messy, but the backings are mostly unsyncopated, drawn out, and pretty much as basic as it gets. There are a reasonable variety of tempos to be heard, but almost all the songs have a fairly similar mood. So you better like feeling positive. Of course many do, but for 55 minutes in similar ways? That’s a different story. There’s nothing truly offensive about the album, in fact I’m sure many will love it, but it is largely forgettable. I know a lot of this review has been negative, but actually the pros do outweigh the cons. The music really is uplifting. Sorry, Axel. 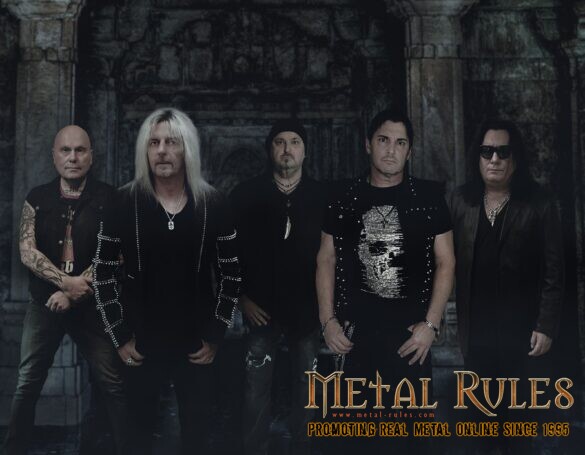