John Steel (the band named after the literal English translation of guitarist Ivan Stalev) are a Bulgarian traditional Heavy Metal band that is well known in their home country.

This will mark the first worldwide release for the band. Ivan Stalev offers the following comment: “We are very excited to make this partnership with Global Rock, it is our first label signing, and with David Reece on vocals, we have delivered a great powerful classic sounding Heavy Metal album.”

Vocalist David Reece adds: “I am very pleased to be part of the latest John Steel album. The guys have an undying hunger for Metal, and it shows on this album how truly talented each one of them is, I am also very pleased that Global Rock will be handling this latest release, giving the album a worldwide release so everyone can hear what I am talking (and singing) about!”

The physical edition of the new album will also include, as a significant bonus, the two previous John Steel albums, making this a great overall package featuring three legendary vocalists. 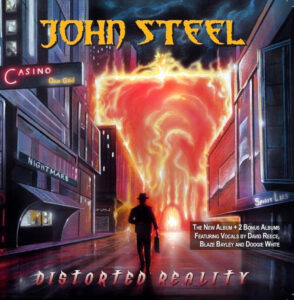