Core fans, take heed, the devastating sounds of Dreams In Peril are hitting the American Midwest with Pig Weed – seven states over nine dates each one promising a night filled with thunderous breakdowns, relatable lyrics, and contagious energy. Dreams In Peril are preparing for the release of the band’s sophomore album “Ascending” and will be bringing some new songs to the road as well as featuring the band’s new lineup, introducing new members Dakota Otte on vocals and Lucas Munoz on the second guitar. They describe their music and what fans can expect:

“All of our music is based on personal issues and the hope to overcome your own personal demons. That being said, our upcoming new music covers ascending to new heights, rather than being in a career or in life in general. The new singles also cover topics like cancer and struggling with mental health. Musically, we are dynamic, from utilizing reverb to epic change-ups in tempos and timing signatures.”

Dreams In Peril’s music not only keeps the listener on their toes with the instrumentation, but they also channel a momentous amount of energy and passion into their live performance that will have the audience upfront and center the entire time.

No strangers to the stage, Dreams In Peril has played with big names such as Born of Osiris, Origin, and Between The Buried and Me. Fans will be greeted by decisive energy and passion that ushers in real themes of anger, sadness, life struggles and ultimately overcoming them all.

With a couple of new singles ready to go in the coming months, they are excited to get back on stage doing what they love. They are recommended listening for fans of The Acacia Strain, Veil Of Maya, and Oceano. 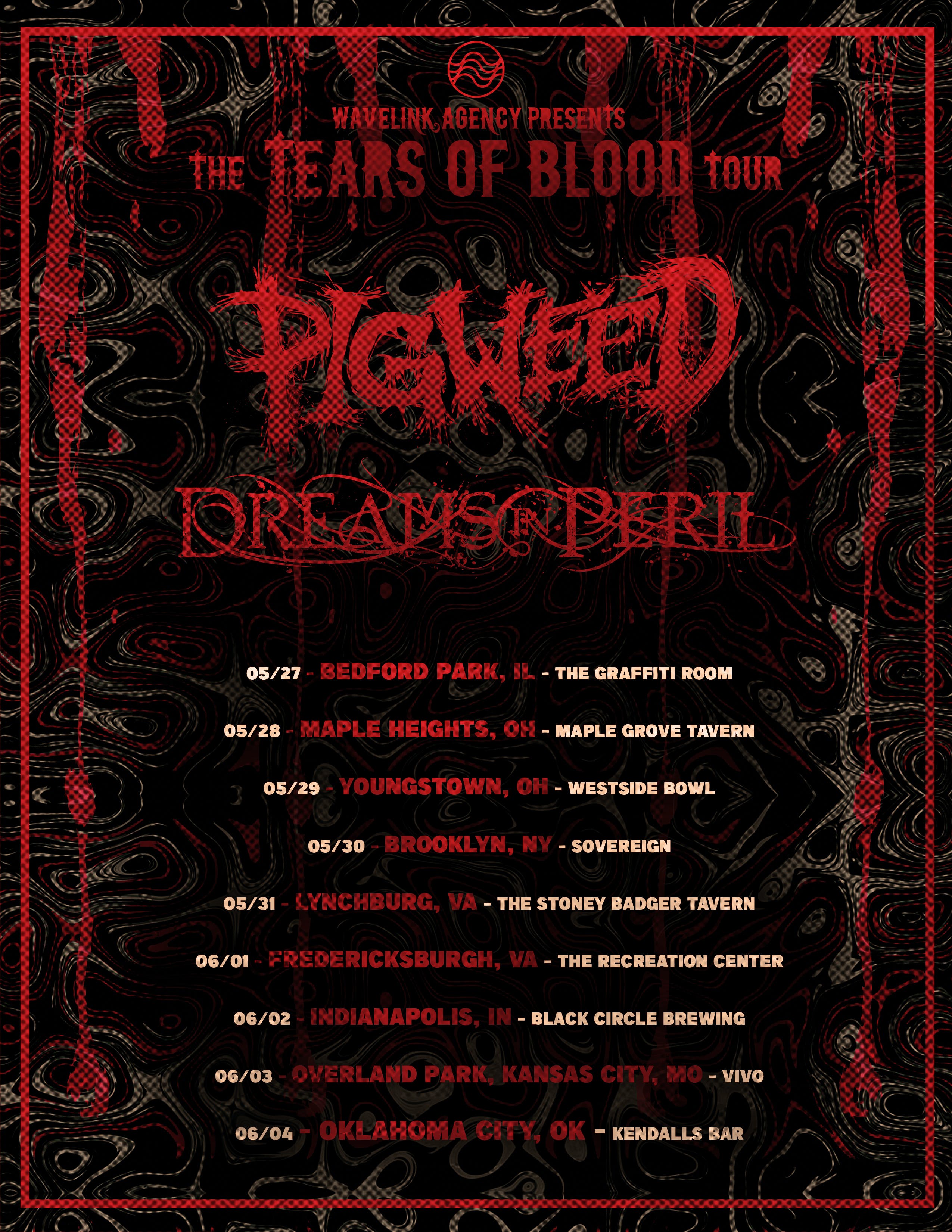 Dreams In Peril are a five-piece groove-driven and dynamic death metal/hardcore act out of Kansas City. Combining crushing grooves with cinematic soundscape melodies, the band brings a huge dynamic that has been captured on the upcoming album ‘Ascending’.

Having supported acts such as BORN OF OSIRIS, BENEATH THE MASSACRE, ORIGIN, BETWEEN THE BURIED AND ME, VEIL OF MAYA, and THE ACACIA STRAIN, since forming in 2018 Dreams In Peril have quickly established themselves as a force to be reckoned with. Soon after the band’s inception, Dreams In Peril released a debut album titled ‘MePhobia’ and the video clip for the lead single ‘Neckties And Nostalgia’.

The band started out as a four-piece and found the path to the present an endurance of setbacks both personal and professional. The band’s name is a reflection of the experience of these challenges and overcoming them. This however soon changed, with the band being picked up by leading international heavy music management agency EMG in 2019 (SUFFOCATION, CRYPTOPSY, RINGS OF SATURN).

Following some line-up changes and writing for a new album, Dreams In Peril recruited a second guitarist, Lucas Munoz, and a new vocalist Dakota Otte. Consolidating the band lineup as the most devastating yet, Dreams In Peril entered the studio to record a new yet-to-be-released album in 2022 titled ‘Ascending’.