Releasing the new album “AQVA” this past January via Rockshots Records, progressive power metal legion Beriedir is sharing with fans their latest music video for the track “Rain”.

“Under a faint rain, in the early morning through an old city, this track makes us face the effects of regret, guilt, and nostalgia. Despite seemingly hostile, the suffocating roads of that place turn into an unlikely embrace, while the now pouring rain hides our tears. Anger suddenly adds to the mix, directed both outwards and inwards, while everything fades into a downpour after a hymn to that city.” adds the band.

“Rain” can be viewed at the following link – youtu.be/3H_QqhSVdtk

“AQVA”, despite not being a real concept album with a story articulating itself throughout the tracks, touches its various topics through the many forms in which water manifests, be it a river, a storm or tears. The album deals with rather introspective matters, trying to give a new perspective on situations that Biriedir thinks their listeners will find relatable and hoping that they will maybe take shelter in their audio experience, using them as their own voice when only music can speak for us.

“We think AQVA will positively surprise our older fans and lead new ones, this record is much more diverse and has definitely matured in songwriting. The main goal of AQVA as a whole is to figuratively “submerge” the listener with a spectrum of themes, both musical and lyrical, related to water and its shapes. Water is the element of flow, it’s the substance that conceals, preserves, and washes all away. The lulling nature of a silent shore or a rapping rain is juxtaposed with the fearsome imagery of the undertow, riptides, and tidal waves. We tried to convey these atavistic sensations differently from track to track. The singles were chosen to showcase the variety of approaches to this theme.” adds band founder Stefano Nüsperli.

Recommended for fans of Vision Divine, Dream Theater, Dark Tranquillity, Pain of Salvation and Katatonia, “AQVA” is available for pre-order at the following links: 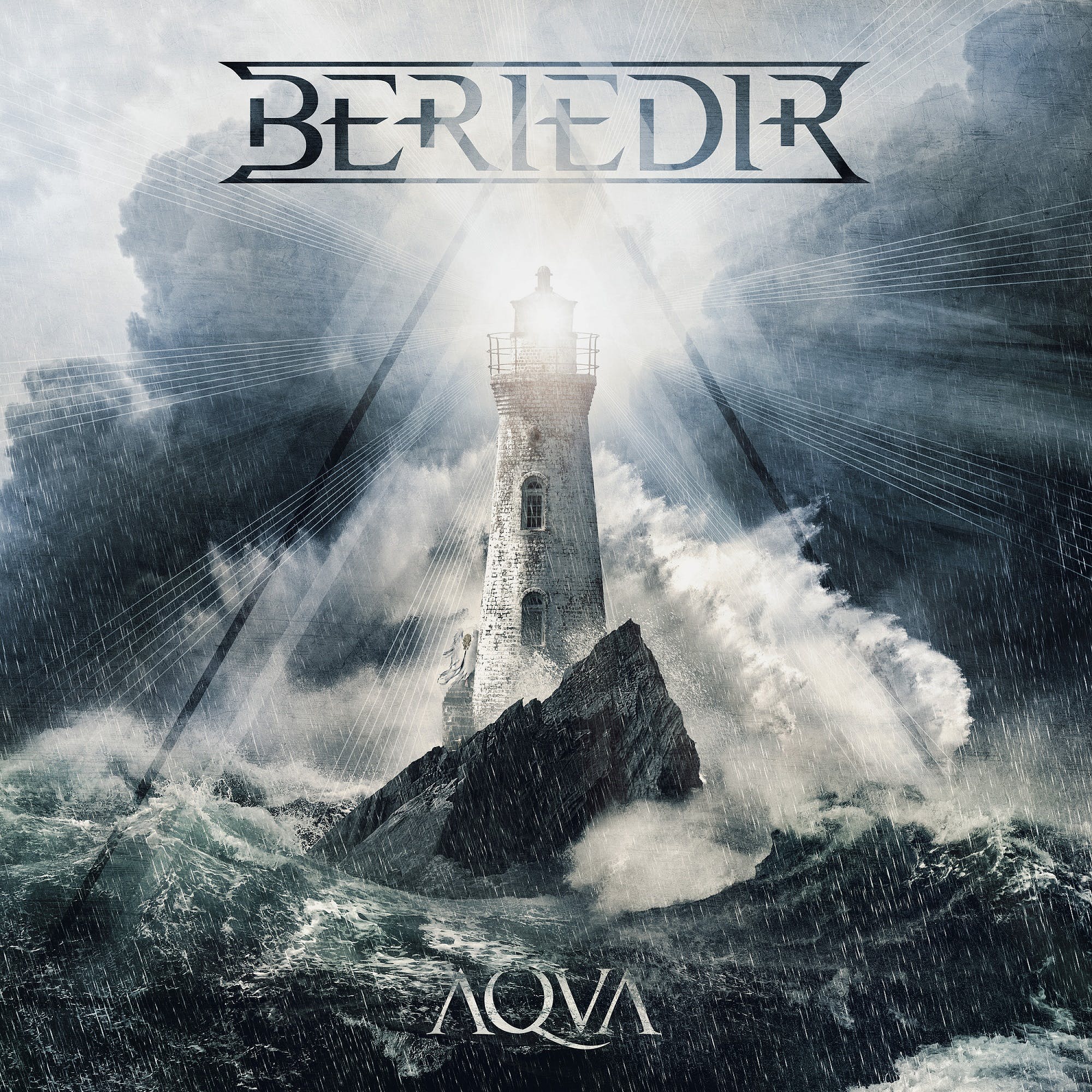 Beriedir (from the Sindarin word for “Guardians”) is a progressive melancholic power metal act based in Bergamo, Italy. The five-member band was founded by Stefano Nüsperli and began its live career in 2015 with the release of “The Line”, their first demo. Their first full-length album “The Path Beyond the Moon” was unveiled in 2018, which launched them to perform on multiple musical events such as Fosch Fest (Italy) along with sharing the stage with bands such as Korpiklaani and Pathfinder. After the 2020 release of the EP “Lullabies Beyond the Moon”, which contained three tracks from their debut album rearranged in an acoustic key, they are now ready to launch their new album “AQVA” in 2022.