Vio-lence are a thrash metal band from Oakland, on Metal Blade Records, who released their latest EP ‘Let the World Burn’ on 4th March, 2022. After forming in 1985, they helped define and refine the Bay Area sound, unleashing three influential albums, until breaking up in 1993. They reformed for a short while a couple of times in the intervening years before going full time once more in 2019. Following a number of well received shows, the five piece contemplated releasing new work, and after 29 years of silence, they do so with their classic sound.

Right from the start of this album, you get an intense blast of pounding thrash that quickly builds. You don’t get anything NEW, but you do get power at very least. 2nd track ‘Screaming Always’ is a bit of an improvement, its highlights being the rampant riff development after the solo. And you thought solos were the highlights! It reminds me of Megadeth at some of their finest points in their Rust in Peace album. Sadly however, the whole album isn’t ALL like that, or it would be really good. Some of the riffs in the album are placed together in a less intelligent way. Not WRONG sounding in any way, just not as logical, perfectly flowing and furious as they could be.

There were some nice palm muted guitar melodies about half way through ‘Upon Their Cross’, but they don’t get the development they deserve, just another example of what the album could have been with more hard work. Imagine if Deep Purple’s ’Smoke on the Water’ riff only got repeated a couple of times. How annoying would that be? ‘Gato Negro’ is perhaps one of the stronger songs on the album with its mix of power chords, chugging and tasty fill notes that are more stylish and over the top than before. The speed picked riffs are also more intense at times, but sadly it doesn’t quite develop in the way Screaming Always did at its highest point, either. Having said that, outro track ’Let the World Burn’, does intensify things a little further, it being the fastest track on the EP. A good way to end!

In conclusion, this IS fairly good thrash music despite all I’ve said, but is it as complex as Metallica’s ‘And Justice for All’, is it as raging as Slayer’s ‘Reign in Blood’, and is it as catchy as Megadeth’s ‘Countdown to Extinction’? No. The production is very polished, but some would say it’s too polished. If you like robotic thrash, you will like or love this, but if you’re looking for ‘real’ music, you may be rather unimpressed. Whatever happened to the good old days of natural grooves and mistakes? Whilst the ‘perfect’ drumming is questionable, the guitar solos are clearly flashy and the singing is angry. Two out three isn’t so bad. (I’m not mentioning riffs, again). At very least, give it a try! 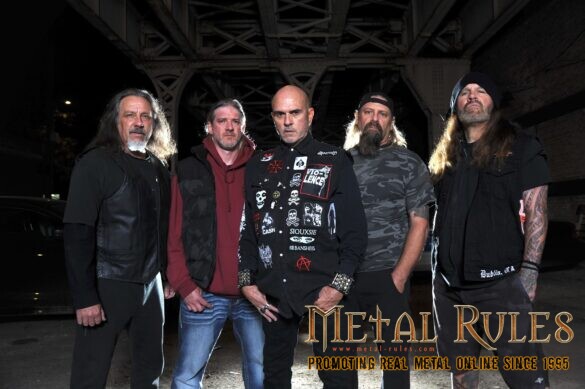