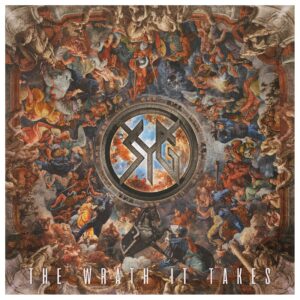 When you have been doing this “music journalism” thing for a while, especially down this end of the genre spectrum, you happen across a fair few genre combinations. Some are immediately apparent upon first listen; some are slightly more subtle and require further extensive listening. So when SPILL YOUR GUTS come up in conversation, with their brand of blackened hardcore, you wonder where the “blackened” element will come in, given the latter half’s equal ferocity.

It’s a thought that immediately greets you as the curtain rises on opener “Die United”, with rolling drums and feedback sounding reminiscent of every build at a hardcore show. The expectation thereafter, of course, is to drop into some bouncing riffs with bellowing shouted vocals that will encourage you to flail those arms and kick whatever is closest to you out the window. Not so here. In fact, this is where many will go “Ah, that’s where the black metal is…” as the band drop into a blast beat-inflected frenzy that is topped with a vocal performance that seems to straddle both the hardcore and black metal camps with surprising ease given their inherent differences. With that being the case, it sets the tone for the rest of ‘The Wrath It Takes’.

And there is plenty of wrath to be taken across the album’s half-hour run time. Whether it is the ferocious lead single of “Lift The Curse”, or the slightly-slower menace of “Blood Soaked Wolves”, this sophomore record is stacked full of aggression and staccato-style riffs to encourage the sort of mosh pits your mother warned you about. The band are not about fancy, overwrought songwriting – just short, sharp and in-your-face aural punishment. With every song coming in under the five-minute-mark, it is an easily-digestible piece of hardcore battering.

None more so than on closer “Pain Echoes Back”, where SPILL YOUR GUTS turn the bounce up to eleven and rip the knob off. This is one area where there is nary a trace of the “blackened” element of their sound, as this one’s full-on danceable hardcore. The cut-and-thrust of the bouncing riff and two-step-esque drumming makes for a very fun listen to a blistering album where many artists would opt for a longer and more introspective piece. SPILL YOUR GUTS take the opposite approach and go for the fun factor, and all the better for it.

If the “blackened” aspect of the band’s sound had piqued the interest of any trve kvlt listeners out there, then they would best serve themselves by returning to their cave-like dwellings, as this aspect manifests itself in just the one way. There is no room for arctic atmospheres or claw-hands; just those blast beats and those vocals that have a wonderful crossover appeal to both sides of the genre. It, perhaps, would have been interesting to see the band play around a little more with some of the atmospheric aspects of black metal’s sound to augment their hardcore side and provide some contrast, but if brutality is the name of the game, then SPILL YOUR GUTS have that down pat.

‘The Wrath It Takes’ is a short tour-de-force thrill ride of hardcore bludgeoning that will certainly appeal to the windmill-arms-in-the-pit folks, but certainly has enough to hang onto for newcomers. There is aggression for days, and it amounts to a brilliantly chaotic and cathartic second entry into SPILL YOUR GUTS’ discography. If what you are after is a half-hour session to remove your ears with two of the noisiest subgenres down our end of the music spectrum, then this could be your bag. 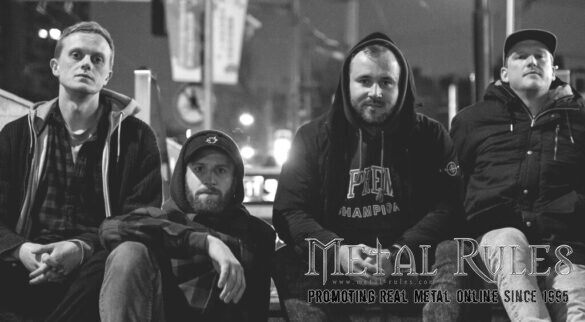