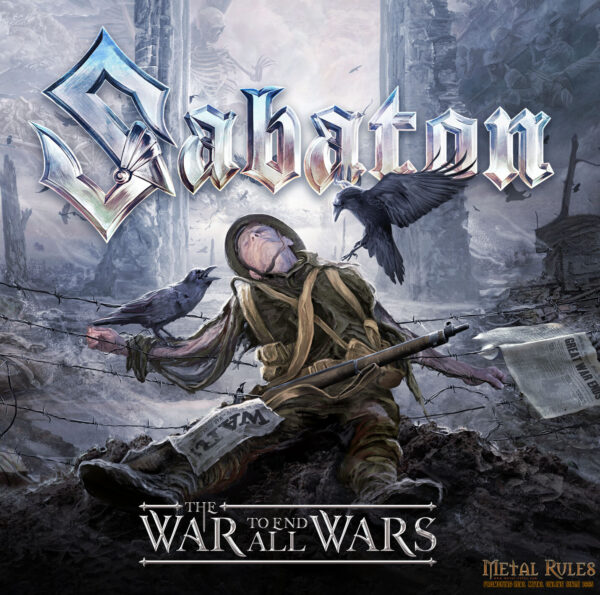 Yes, Sabaton are back with another Great War focused album, this time The War to End All Wars. Like many, I was a bit surprised to hear of them revisiting the topic again so soon: not that it’s an unworthy one, but there are surely a plethora of conflicts and events the band could cover while sticking to their guns (or swords, battleaxes, cannons, take your pick). But, as Joakim Brodén explains:

“In some cases, we just didn’t have the right music, and there were specific stories we had wanted to tell, like ‘The Christmas Truce’ and ‘Hellfighters.’ Also, once we went on tour in support of ‘The Great War,’ we met and heard from so many fans who told us about other great WW1 stories we’d never heard before, stories that were just so good, we kept asking ourselves, ‘how did we miss this?'”

All of which sounds pretty reasonable, honestly. It was a huge event in comparatively recent world history, and if the band feels there’s more to be told, who am I to argue? The question is: how does it stack up to 2019’s The Great War, and to the band’s wider catalogue?

First and foremost, this is still Sabaton as you know them. Glorious marches into battle, epic tales of fortitude, grand advances, all topped with Brodén’s signature gruff baritone. It’s very much the same style of both The Great War and earlier albums, so if that didn’t do it for you before, this isn’t likely to make a Swedish Pagan out of you. If you fancy something diving into the real horrors of war a bit more, you’re better off with the likes of 1914.

That said, while this is still very much familiar genre territory, it does feel a touch less on the bright side of things that some didn’t take to on The Great War. It still isn’t some brutally crushing death-doom or the like, but at least some of the tracks here do feel a smidgen less lively about the things they describe. “Valley of Death” is one that suffers a bit from a disconnect between sombre theme and musical tone, and the Beast in Black-esque background Euro-beats of “Soldier of Heaven”, while enjoyable in their own right, do stick out a bit.

Aside from the issue of tone, the music is certainly within the band’s comfort zone, and while that itself is enjoyable enough, the highlights are often when the band breaks out from there with something a bit more fast-paced, or with a more solid identity of its own. “Hellfighters” and “Stormtroopers” bring in some much needed punch, while the steady, inexorable advance of “Dreadnought” fits perfectly with its gargantuan subject matter.

The War to End All Wars needs some more of that quality to rise to the heights of the band’s best, but it also feels like it has more going for it as a whole than The Great War, and will certainly still satisfy existing fans of their trademark style. 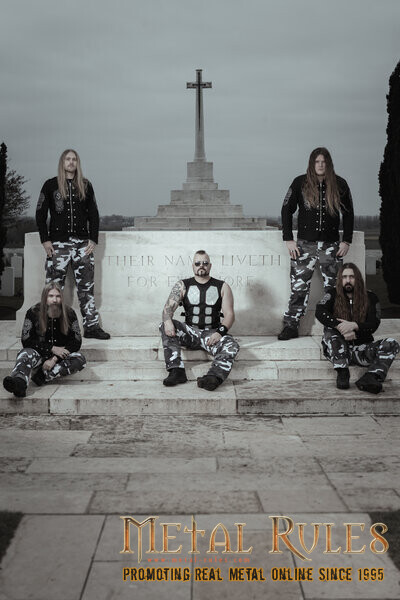