Thunder have shared the second taste of their upcoming new album ‘Dopamine’, out 29th April on BMG – a slab of optimistic arena-rock, ‘Dancing In The Sunshine’.

The band have also shared a lyric video for the track, which is a perfect pick-you-up and rallying cry against the current gloomy period of human history.

‘Dopamine’ is Thunder’s first ever double album, consisting of 16 tracks, and comes at the perfect time for Thunder, whose line-up for the last quarter-century and more has been Luke and Danny Bowes (singer), plus Ben Matthews (guitar and keyboards), Chris Childs (bass) and Harry James (drums).

They’ve been riding a wave of success since their 2015 comeback album Wonder Days, releasing the acclaimed All The Right Noises last year, with Classic Rock speculating that it could be the band’s best album yet.. The record went Top 3 in the UK Albums Chart; a quite incredible feat for a British hard rock band into their 4th decade.

Thunder are at the very peak of their considerable form, still offering fans doses of ‘Dopamine’ after all these years.
The album will be available in CD and double LP vinyl, with exclusive lenticular cover versions available only from the Thunder online store.

Thunder will also embark upon a UK arena tour in May 2022, including a date at London’s OVO Arena Wembley. 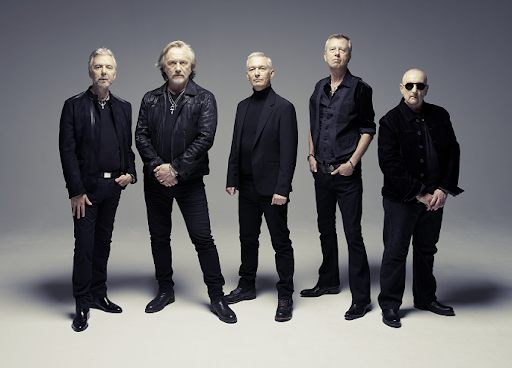