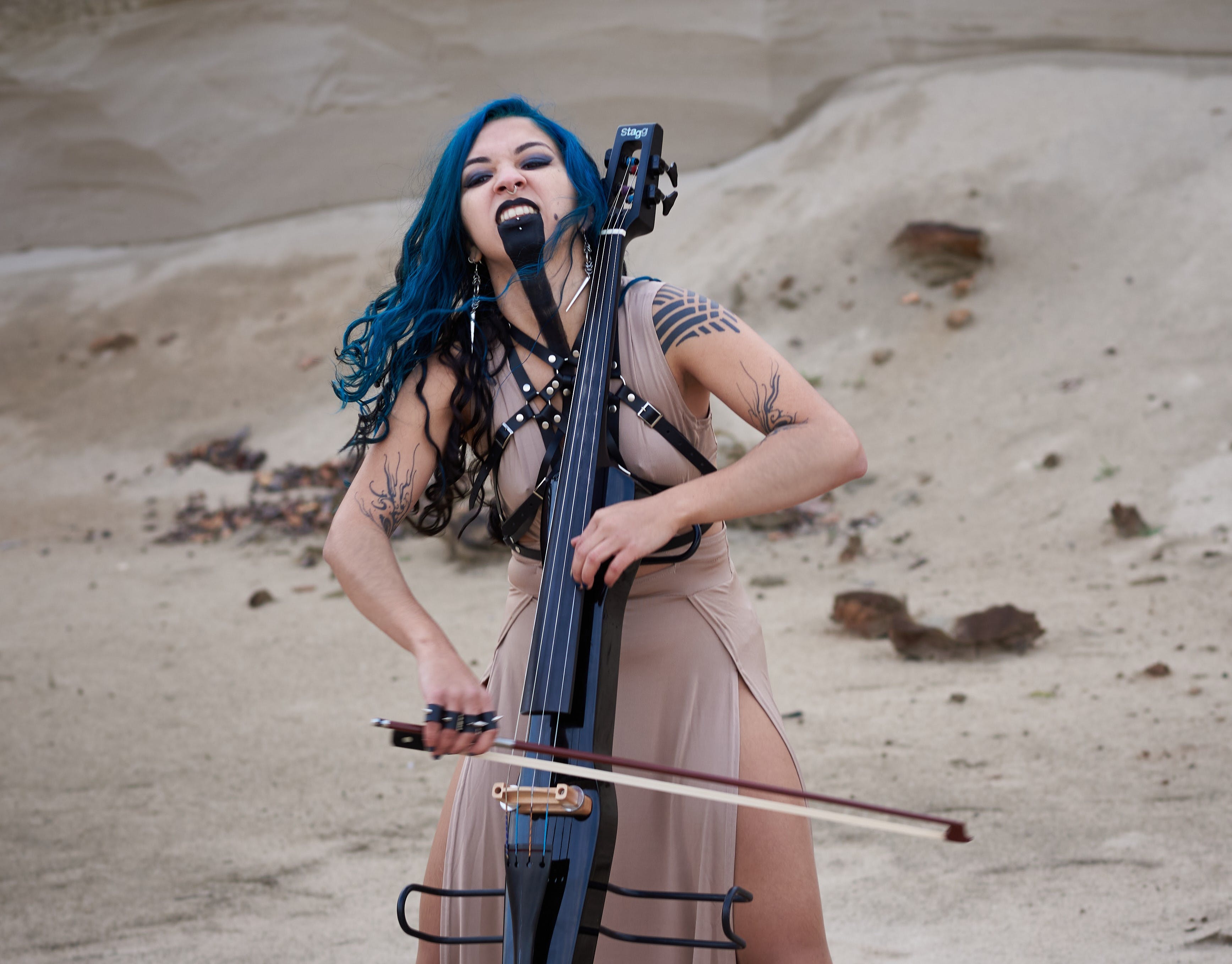 One of the most recognizable songs by Brazil’s Sepultura is 1996’s Roots Bloody Roots. A cultural statement on the social trife between the different groups present in the country spoke to classically-trained native Bruna Wanderley who picked up her cello to create a new rendition of the classic song. She speaks to the meaning behind the track:

“Twenty-six years ago, Roots Bloody Roots pleaded for the preservation of Brazilian cultural diversity. Today, Kapitur’s distinctive revisit of the song revolves around the historical alienation of common people regarded as different, the bloody roots of us outsiders. It grips on the struggle of finding oneself estranged from one’s original and adoptive cultures, to the ongoing murder and colonization suffered by many in a land that was theirs for centuries; from immigrant, racial, religious intolerance to the global, modern alien anxiety suffered by African descendants and their relationship to an inaccessible homeland. Roots Bloody Roots is about you, or someone you know and care for.”

In both the single and the video, Wanderley takes center stage, her heavy gutturals complimenting the angry and thick notes from the cello. Kapitur’s version of the song maintains all the power and aggression that the original does, with the classical instrument being played with as much intensity as the rest of the instruments played by Sam Neumann (drums), Bruno Coe (bass) and Zach Dean (guitars).

Wanderley is the primary songwriter for the band and she has been influenced by progressive rock and death metal and more recently experimental and drone music. Heavy and ethereal, the music of Kapitur is recommended for fans of Opeth, modern Swans, and Godspeed! You Black Emperor.

Artist and multi-instrumentalist Bruna Wanderley draws from a young life in Brazil, living in an environment of violence, fear, and contrasting beauty. Growing up in a conservative Evangelical milieu has led her to tease her family’s most beloved boundaries and, since her solo arrival to infamously libertine Montreal in 2015, she has actively performed and recorded as a cellist in a wide array of contexts. Under her most recent metal-influenced group Kapitur she composes, sings, performs guttural vocals, and plays the cello. Sam Neumann’s unyielding drumming presents a strong contrast with her unbound vocal and cello lines. The music is filled with soundscapes, hammering repetitions, with bleak cacophony followed by heavenly melodies. It can be heavy, ethereal, warm, sorrowful, and atmospheric like a slow apocalypse. Besides the Roots Bloody Roots cover, Kapitur will release an EP with four original songs in the upcoming months.