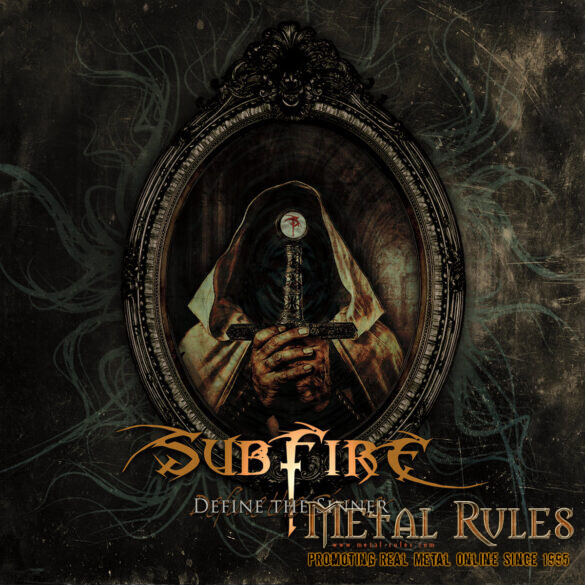 Greek heavy metal outfit Subfire have been around for almost two decades, having formed in 2004, but after many gigs and line-up changes, the group has finally found the sound they had been aiming for: a mix of power and heavy metal with razor-sharp riffs and melodic choruses.

With a line-up currently consisting of George Larentzakis (guitars), Symeon Sanidas (drums), Rindra Rado (bass), and Veandok (vocals), Subfire has unleashed their debut full-length studio album onto the world. Entitled Define The Sinner, the album is a well-produced blast of almighty power metal mixed with some classic heavy metal and Greek influences; particularly during the introduction of the opening track ‘Sacred Destinies’ with some inspired acoustic guitar pickings.

‘Infinity’ has a machine-gun beat underneath Judas Priest style sharp riffs and lashings of keyboards to add texture, and Veandok’s impressive vocals immediately shine through. The power and clarity of his voice is an absolute high point on the entire record, it soars atop the thunderous rhythm section and delivers consistently strong chorus melodies.

The stomping ‘Fate of a Sinister World’ is a mid-tempo blast with an acoustic middle eight section and frenetic guitar work sprinkled throughout, while ‘I Repent’ leans back into Priest territory with propulsive drum work and a guitar riff reminiscent of ‘Judas Rising.’ Subfire has definitely taken the time to find and develop their sound, and it was worth the wait.

The only real negative I have is that ‘Fairytale’ just doesn’t do anything for me at all, as it’s almost offensively ‘by-the-numbers’ that on repeated listens it’s the only track I would skip. The incredible vocals and mind-boggling guitar work can’t quite save this particular track; the only black spot on an otherwise flawless album.

Define The Sinner is a brilliant debut offering from the Greek metallers, with plenty to love for any metalhead. From the relentless power of the heavy hitters such as ‘I Repent’ and ‘Soul Redemption’ to the aching melodies and soaring emotion of the power ballads (‘Sins of Morality’ and ‘Pure Emotion,’) there will be something here for everybody to love. Subfire has nailed it the first time, and I’m absolutely looking forward to more from them. 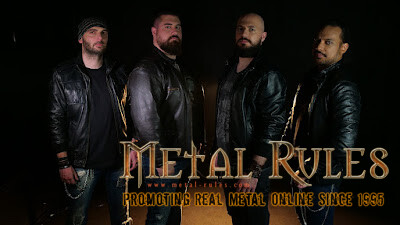