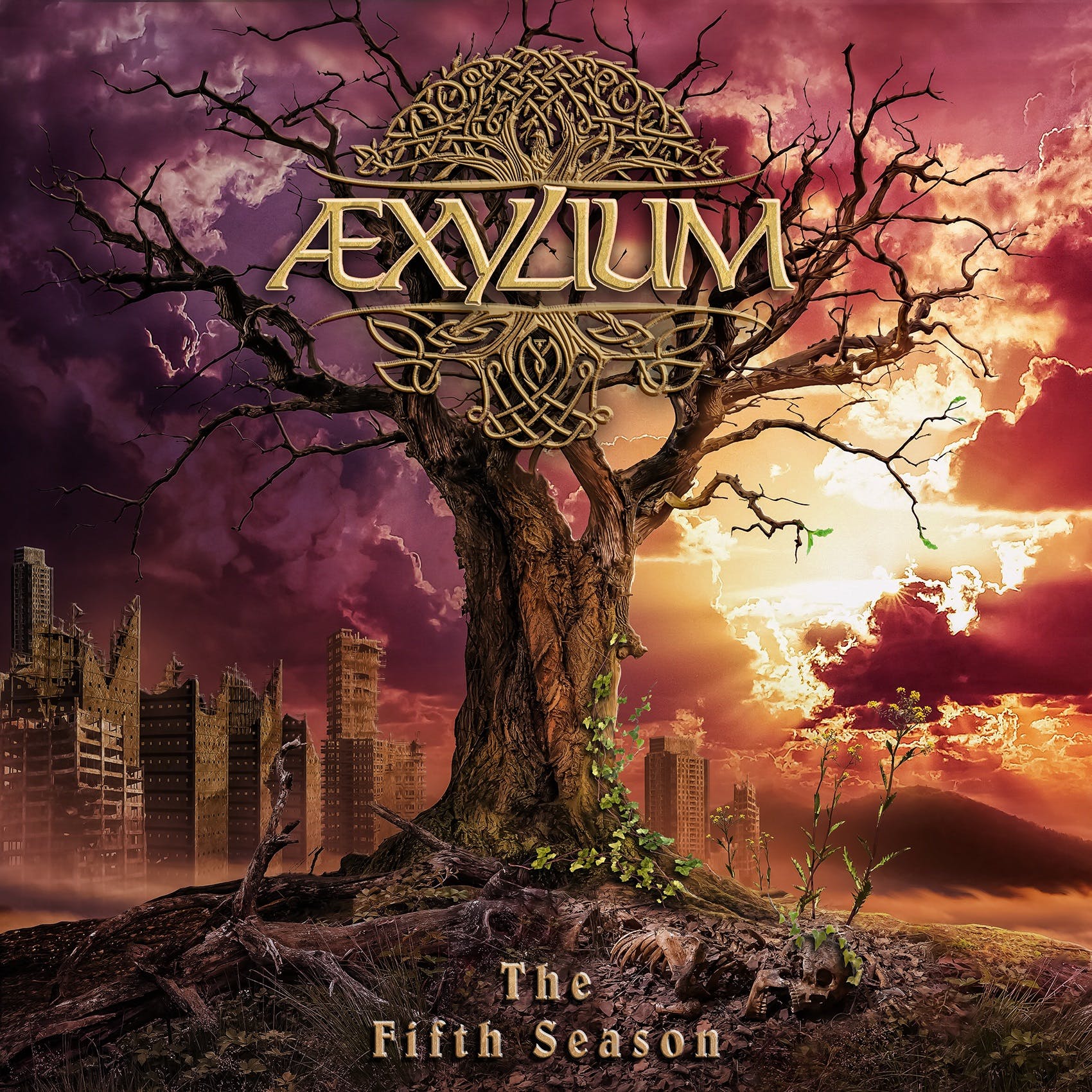 Italian symphonic folk metallers Aexylium are pleased to announce two new additions to their lineup, drummer Alberto Mezzanotte and guitarist Thalia Bellazecca (both ex-Frozen Crown). The two musicians have significant experience, having toured in Europe and Japan along with sharing the stage with well-known bands such as Elvenking and Dragonforce. Thalia is also officially endorsed by ESP Guitars.

In addition to the lineup news, Aexylium are sharing their latest lyric video “Spirit Of The North” in support of their latest album “The Fifth Season” released this past October via Rockshots Records. Like other songs on the record, “Spirit of The North” is inspired by Norse culture and themes. The vocals are deliberately anthemic as it guides the listener into the last track on the full-length.

Mixing traditional folk instruments (Flute, Violin, Bouzouki) with the modern symphonic metal, Aexylium‘s sophomore full length follows 2018’s “Tales From This Land” (Underground Symphony Records) and their 2016 self-produced EP “The Blind Crow“. “Tales From This Land” has had over 110k streams on Spotify along with its powerful single “Revive the Village’ placing on the top 200 metal song charts in Germany on Apple Music. Aexylium has also released fan-praised covers of Game of Thrones and Vikings main themes with reinterpreted folk metal sounds.

Since their inception in 2014, the Italian band has performed at renowned festivals in Europe such as Dumeltica International Music Festival, Montelago Celtic Festival, Malpaga Folk & Metal, Rock Inn Somma, Druidia and Strigarium along with sharing the stage with Elvenking, Wind Rose, Nervosa, Furor Gallico, Temperance and more. In August 2020, despite Covid restrictions, Aexylium was chosen by the city of Milan to perform at the historical Castello Sforzesco.

Their new album “The Fifth Season” is a concrete step towards growth and musical maturity with its offering of festive ballads, tighter riffs, advanced orchestrations and heavier dark songs that are all inspired by Norse Mythology. The record also features guest vocals from Samuele Faulisi (Atlas Pain), Arianna Bellinaso and the members of Coro Facoltà di Musicologia Vocal Ensemble. The album was recorded at Twilight Studio by Davide Tavecchia with the artwork done by Jan Yrlund of Darkgrove Design (Manowar, Testament, Korpiklaani.

“The Fifth Season” is available via Rockshots Records at the following links:
CD – bit.ly/TheFifthSeason_CD
Digital – bfan.link/the-bridge

About EvilG 11490 Articles
Owner of Metal-Rules.com