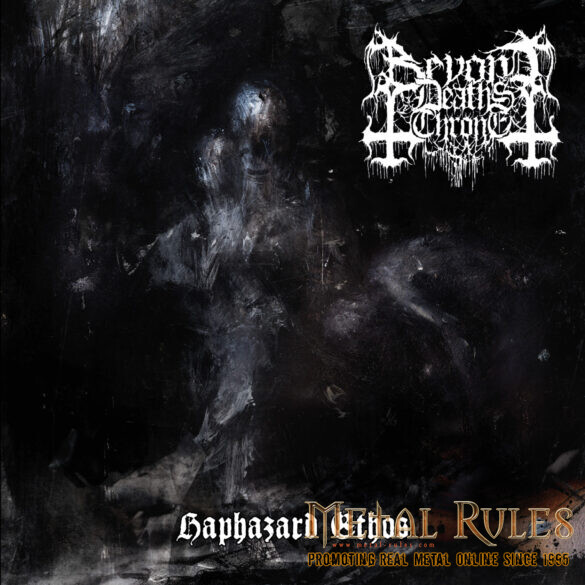 Formed in 2008 by Kzanhagr and M.Ptah.Smrt, members of projects such as Arkhaeth, Cauldron, Nagyszeben and Necroracle, Beyond Death’s Throne are a Spanish black metal duo. Haphazard Ethos is their debut EP, and they are now signed to Portuguese label Signal Rex. Bands like Mayhem, Dissection and Satyricon influence the two-piece’s musical output.

A series of snarls, sighs, moans and groans at the beginning of “A Threshold Of Harrowed Chants” set a sinister scene. A long with some dramatic shifts in the music, a mixture of harsh and clean vocals do well to keep the attention span of listeners during the nearly 8-minute-long number.

“Diaphanous Lethargy”, despite being the shortest track overall, seems to be the most eventful so far. The guitars seem fiercer, and, thanks to some ominous percussion work, the spoken word parts sound even more attention-grabbing than before.

Penultimate track “The Endless Will” has a strong ritualistic energy, courtesy of the otherworldly echoes that keep the procession-like piano intro company. However, the trance is broken just over two minutes later, when BDT revert to their usual heavier style.

The drum performance absolutely dominates seven-and-a-half-minute long “Perpetual Glow Of The Risen Wise”. Simultaneous growled and clean vocals are very effective here, depicting the idea of conflict and adding a little human emotion to the song. The fourth and final track really feels like a closing ceremony with a twist of organised chaos, bringing Haphazard Ethos to an epic end.

A nostalgic yet uniquely promising first release from the Spaniards, full of nods to the 90s (while also sounding quite new). In less than half an hour, the have shown why Spain should be more prominent in the contemporary black metal scene. Haphazard Ethos is bound to leave you curious to know what else is Beyond Death’s Throne. 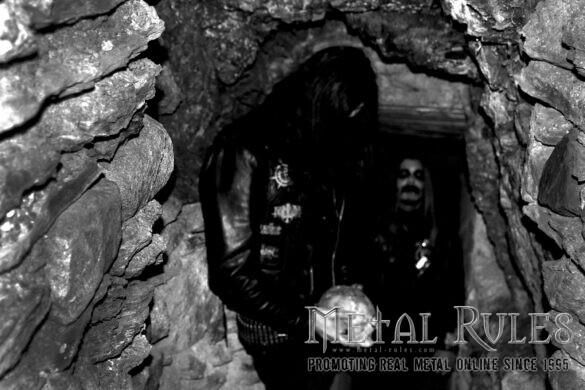 1. A Threshold Of Harrowed Chants
2. Diaphanous Lethargy
3. The Endless Will
4. Perpetual Glow Of The Risen Wise