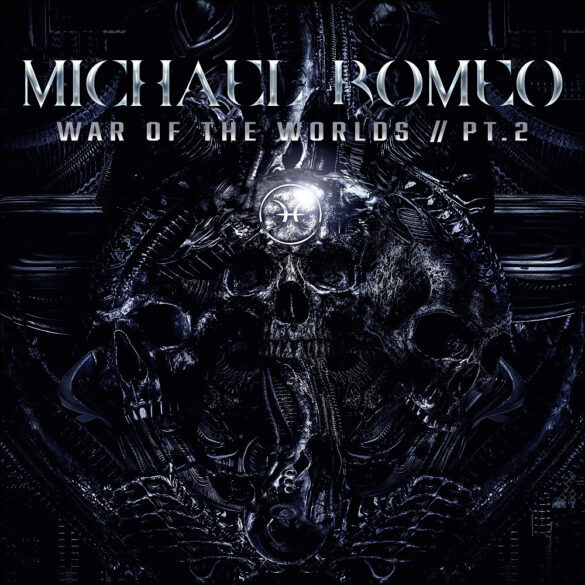 War of the Worlds, Part II is a follow-up to his 2018 release, War of the Worlds, Part I. Though both parts were created roughly simultaneously but, Michael continued to refine Part II to be a more powerful progressive metal album with incredible technical playing on guitar, bass, keyboard & drums. It’s then married with the perfect blend of melodic verses & choruses. Michael put all of these aspects in a Cuisinart and flipped the switch to infinity and beyond. It is a thematic masterwork with a fresh and exciting take on H.G. Wells’ classic story.

Michael welcomes a back drummer John Macaluso and bassist, John “JD” DeServio from War of the Worlds, Part I for this new album. The latest edition to this band is powerhouse vocalist Dino Jelusick. Dino delivers the songs perfectly and gives them the edgy bite they deserve with his powerful voice. All the songs are played with a level of perfection which will leave fans in awe of the musical abilities.

Michael can be added to everyone’s list of guitar virtuosos as he is finding that there are still walls to break down in guitar playing and instrumental compositions, whether it’s in his solo career or with the Symphony X. Fans of melodic songs, aggressive riffing, and symphonic metal will genuinely enjoy this album. Pre-order for War of the Worlds, Part II can be found here: michaelromeo.lnk.to/WarOfTheWorldsPt2

I had the pleasure of speaking with Michael to discuss War of the Worlds, Part II, the level of detail that went into creating it, having Dino Jelusick singing on songs, and taking his instrumental songs on a cinematic journey, painting pictures in your mind’s eye. Please be sure to follow Metal Rules on Facebook and Twitter and subscribe to their YouTube channel.