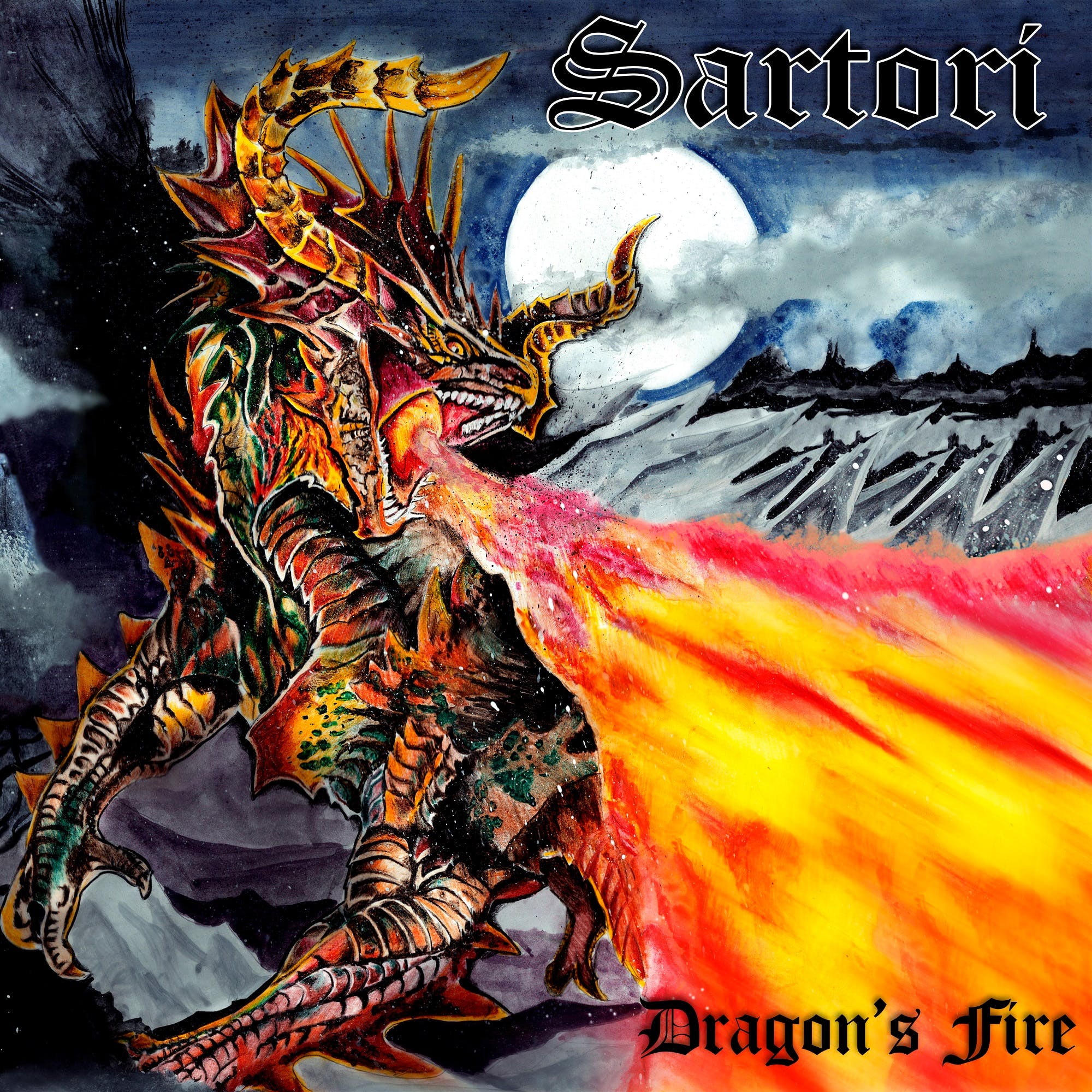 Out now as of January 28th, Rockshots Records release the debut album from SARTORI entitled “Dragon’s Fire”.The epic full length is nine tracks of neo-classical power metal that are melodic, technical, and progressive. Led by main composer and guitarist Andy Sartori, with vocalist Scott Board, drummer Dino Castano and bassist Rod Viquez, the band sets the mood for something more than just singing over music.

With grandiose instrumentals and heroic vocals, Sartori creates complex, melodic tunes that command attention. They are heavily influenced by classical baroque music, so the band stands as the symphony behind Andy Sartori as the ‘maestro’. What sets these guys apart from other bands is their music composition. Andy Sartori explains further:

“We use a lot of arrangements that you won’t find any other bands doing. Lots of vocals, lots of guitar quartets, duets, and harmony arrangements. My writing is based on positive vibes, positive lyric content, no criticism, no anger, and I write sometimes about spiritual content in the matter of being a better human and about life experiences, personal and in general along with influence from movies and stories I enjoy… sometimes.”

“Dragon’s Fire” is available at the following links:

Quick Fact:
Leadman, Andy Anderson Sartori was born in Brazil with Italian roots and has lived all over the globe, including London and now the United States. His sound is universal and has recorded music from England to Brazil. Andy Sartori’s music is also very popular in Japan. His biggest influence is Wolfgang Amadeus Mozart.