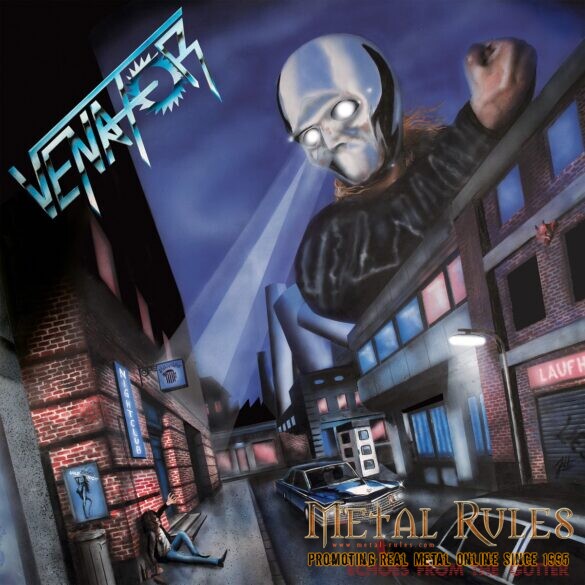 Get in, loser: we’re going back to nineteen eighty-fucking-four.

And with that, off we go, tearing down the highway with flames erupting from the exhausts, Venator’s wonderfully old-school debut as our soundtrack.

Echoes From the Gutter is one of those albums that just nails it, ticking all the boxes that made classic heavy metal such a good time in the first place. It’s speed metal, straddling that line when heavy metal was just starting to branch out into forms like thrash and power, sprinkling in doses of aggression and grandiose fury along the razor sharp edge the music presents. It isn’t an album that seeks to branch out in new, experimental directions, but it doesn’t need to: this music still has the power to captivate and haul you along on a rip-roaring ride when it’s done right, as it most definitely is here.

Never feeling like it stretches for an artificial old-school vibe, everything feels sincere and genuine on Echoes From the Gutter. The riffs are pumping, pulsing with drive and utterly infectious. The production hits that sweet spot of vintage echo and reverb without becoming dampened. Johannes Huemer’s vocals deserve special praise for their sheer quality: crisp, full of energy, capable of soaring, biting or catapulting up into banshee wails at just the right time (just listen to those classic epic cries in “Seventh Seal”). From the rumbling gallop of “The Rising”, to the catchy grooves of “Streets of Gold”, to the proto-thrash wild fun of “The Hexx” or “Manic Man”, it’s all pure quality.

The whole album is a toe-tapping, head-banging, fist-pumping good time. Everything feels vibrant and cut loose, bursting with vigour and grit in its tone. The riffs and solos surge forward in leaps and bounds, the vocals perfectly conjuring that archetypal image of a madman on stage whipping the crowd up into a frenzy. Anyone looking for a dose of the kind of classic good times Liege Lord, Cloven Hoof or Jag Panzer put out back in the day, this one’s for you. 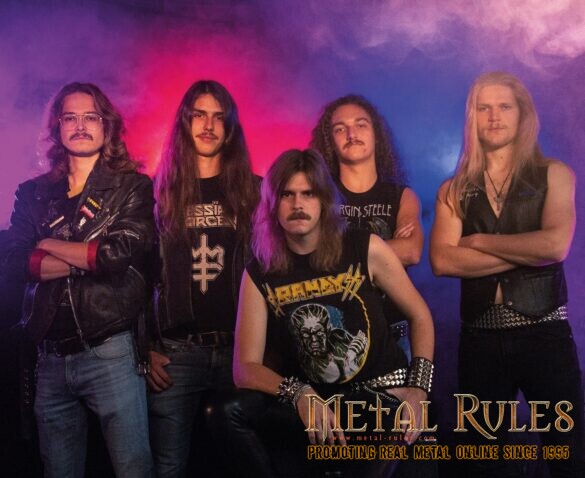