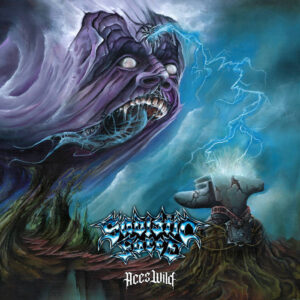 There’s this indisputable charm about the current trend of blackened speed metal bands popping up. Take some MOTORHEAD, mix in some early 80s speed metal like EXCITER and add some black and roll to the mix and you get this gritty, riff laden fury that hits you like a ton of bricks. Bands like Scotland’s HELLRIPPER and MIDNIGHT from the States; they pretty much took what Sweden’s WITCHERY did back in the late 90s and early 2000s and made it a bit nastier. Austin, Texas’ SADISTIC FORCE is one of those bands that you can add to the list of bands that can do this genre justice. With a few EPs under their (bullet) belts 2021 brought their debut full length, Aces Wild and let me tell you this band means business.

This album holds nothing back and kicks your teeth in from the beginning. “2000 Volts” starts off sounding a lot like MOTORHEAD but when the main riff kicks in the speed picks up and the energy you feel is infectious. This is the perfect album opener as it sets the mood for the rest of the album. The vocals are a black metal rasp that gives the song atmosphere while the riffs just shred through you. The solos are tastefully done and while not as technical as in other genres of metal we see a more old school traditional metal style in them. “Cavern of the Wraith” follows right behind and keeps the ass kicking coming. This song fast and mean with some seriously cool riffs throughout and serves to keep the momentum going into the title track. Another lethal dose of speed metal riffing and black metal shrieks, what’s not to like?

While some might accuse this album of being derivative or that they are just merely hopping on a trend but I don’t think so. If you listen you’ll hear that this band can create their own sound and show their own identity. The melodic opening of “Murder at Boggy Creek” or the sick riffing of “The Blade Itself” shows that what is on display here is solid songwriting with the perfect execution. There’s not a moment on this album where it is not kicking your ass with massive speed metal fury. And to round the album out they do a complete retake on W.A.S.P.’S “Blind in Texas” with “Snowblind in Texas,” a take on the freaky snowstorms that happened in Texas earlier in 2021. The lyrics are hilarious and is a really fun and updated version of a great song.

So no, SADISTIC FORCE are not reinventing the wheel but since it does not need reinventing, I see that has a good thing. This album does not take itself too seriously, although it is a serious album. I keep returning to it because it’s simply that much fun to listen to. Its a bit sad I did not discover this back when it came out in October. Would it have made my best of list? Anything is possible. However, I’m curious to see where they go from here. 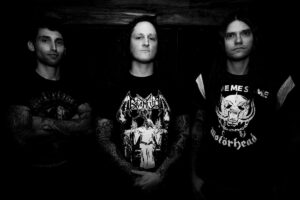