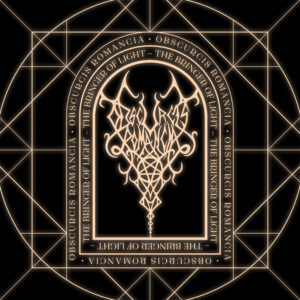 After touring over the years with the likes of Crytopsy, Kataklysm, Ensiferum, Anaal Nathrakh and Despised Icon, symphonic black/death metal band Obscurcis Romancia release their third album, ‘The Bringer Of light’ on March 1st, distributed by Finisterian Dead End. This follows on from 2002’s self titled album and 2012 ‘Theatre Of Deception’, and seems to continue the pattern of an album every ten years.

The album starts with ‘Here Comes The Storm’, and after a windy, desolate start the song crunches unto some death metal at its best, furious and powerful with growling vocals. Track two is the title track, a sweeping ten minute epic of a song with tempo changes galore, some dual vocal work and a brutal sound softened at times with a slower break and some piano work.

‘Horror In The Garden Of Eden’ is next, a fast intro and great guitar work combine with sometimes operatic vocals to tell this horrific tale. Track four, ‘Sous L’Emprise Des Tenebres’ raises from the pits of hell with a crushing riff and frantic pace, continuing the gloominess for the listener. Final track ‘L’Empire Des Morts’ closes off the album with an evil sounding start which then descends again into hell to give us the best track on the album (in my opinion). Bloodcurdling musically and lyrically, it brings a triumphant end to proceedings.

The unique atmosphere of this album draws you in. Stunning operatic and classical tones combine with the ruthlessness and pace of the guitar work to make this album a great piece of symphonic black/death metal art. There are only five songs but the album is still 31 minutes long. Highly recommended. 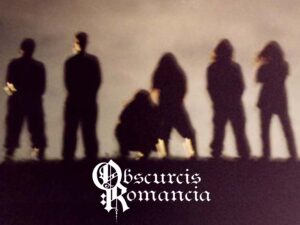 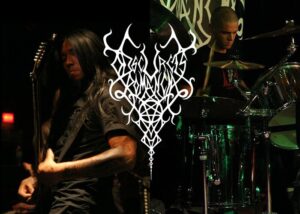