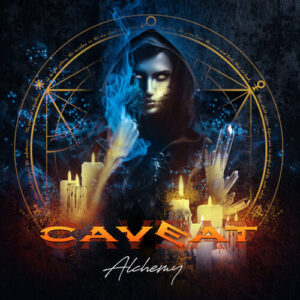 Caveat were formed in mid-2001 in Alberta, Canada by founding members Greg Musgrave (guitar/vocals), Jawad Baloch (drums) and Terry Balwin (bass/backing vocals). Shortly after, Casey Rogers was asked to take over drumming duties and this line-up would go on to release the band’s first album, ‘The Biggest Secret’ in May 2003. After supporting the album the band decided to add Joe Sikorski as a second guitarist in 2004. This new line-up released a self titled E.P. in 2005 via Scarab Productions. The writing and sound of the band continued to evolve, getting more technical in sound and leading to the release of their magnum opus, ‘Red’, in 2007.

Just prior to Red’s release, several band members branched off to form deathgrind side project ‘Exit Strategy’. Exit Strategy became very popular in the Canadian extreme metal scene and Caveat was put on an indefinite hiatus to concentrate on the more extreme band. Five years later saw the reformation of Caveat for a handful of shows and festivals across Canada. During this the song writing process began for a new album which led to the the release of ‘Consummation’ in 2016. Consummation was also a point of further evolution of the band, marking the addition of local musician Amanda Marie Bourdon on keyboards and as second lead vocalist. In late 2019 recording began on the next album which had finished production towards the end of 2020 but due to the COVID pandemic and the restrictions/shutdowns associated with it the band decided to shelve the project’s release for the whole of 2021. Now after the long delay Caveat release ‘Alchemy’ and promise a metallic attack to the senses.

The first thing I notice about ‘Alchemy’ is that Caveat are hard to pigeonhole. Their music seems to contain elements of a lot of different genres of metal all joined together to meld Caveat’s sound. Track one ‘Silver’ leads from a ghostly intro into some powerful guitars and the cleanliness of Amanda’s vocals. Lyrically it discusses the silver lining your actions can have and is filled with catchy hooks and choruses. Title track ‘Alchemy’s bass intro then kicks in and your ears are bombarded with an array of different sounds. This song deals with addiction and search for a perceived magic elixir (i.e. alcohol) to make a better version of ourselves. Very proggy and technical.

Track three ‘Infinite’ to me is the best song on the album. Fast and heavy, it really lets rip and is a contrast to what you’ve heard so far on the album. The song is about fear and how it motivates much of our lives. ‘Black Mirror’, inspired by an episode of the TV show of the same name, starts with an almost country and western feel before becoming a full-on rock song with lots of changing tempos and vocals. ‘Ghost’ is melodic and powerful, full of twists and turns from ballad to prog rock. It showcases the talents of both vocalists well with lyrics about overcoming your personal demons.

Track 6, ‘Until Dawn’ is another sweeping combination of genres that puts across a positive, uplifting feeling. Written by Gregg, the lyrics discuss his family and the positive effect his wife and kids have on his life. Final track ‘Zero Hour’ is very melodic with clean vocals and a strong chorus. It contains huge hooks and soring melodies throughout. The very personal lyrics discuss loss and the death of loved ones.

As I said at the start of the review, I don’t know where to ‘put’ Caveat. There are elements of so many genres in their music. Is this a good or a bad thing? That’s up for the listener to decide. Personally, while I admire the band for not wanting to be labelled, I did find ‘Alchemy’ quite confusing in places with too much going on sound-wise to relax and listen to. That’s not to say I think this is a bad album; it isn’t, instrumentally, vocally and lyrically it’s very accomplished and the production and sound is very good, its just not quite my listening style. They have got some great support for the album online though. I’d recommend the album for fans of Meshuggah, Unleash The Archers, Opeth, Devin Townsend and the like, along with people who like an experimental, progressive feel to their music. 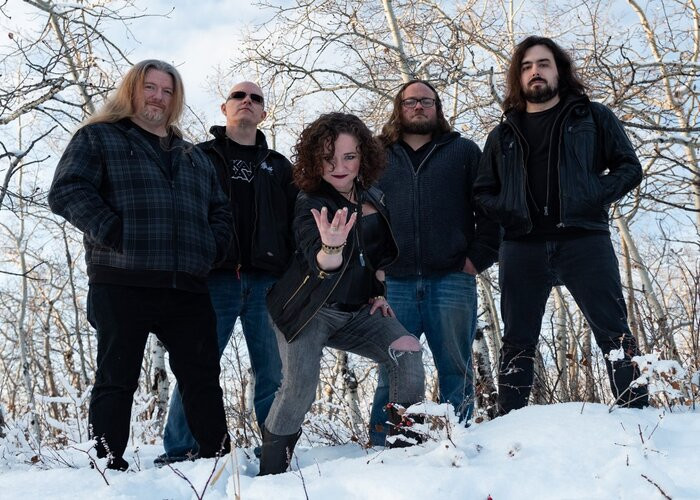