ANNOUNCE “THE INFERNAL VERNAL EQUINOX” SHOW STREAM FEAT. PERFORMANCE OF “DUSK AND HER EMBRACE IN FULL ON MARCH 20TH 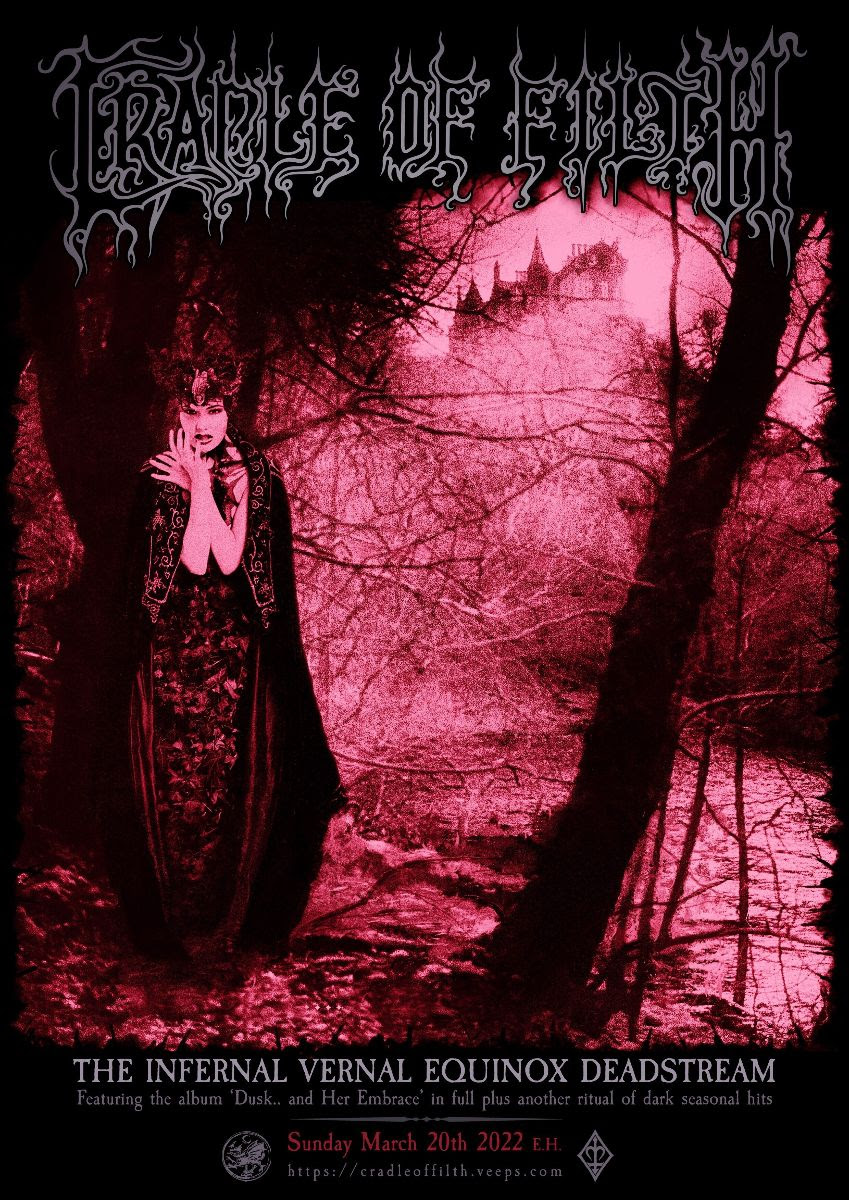 Hellish outfit CRADLE OF FILTHhas announced a digital show stream, a one-off special performance titled “The Infernal Vernal Equinox”. The concert will be aired this Spring Equinox, Sunday, March 20th, during which the band will play monumental 1996 studio album Dusk… and Her Embrace in full. ⁣

After the glorious success of our livestream extravaganza back in May last year, we have decided to undertake a second in which we will play our legendary musical excretion ‘Dusk… and Her Embrace‘ in its dark cinematic entirety, accompanied by a further bout of new album tracks and fan-favorites.⁣

Being unleashed on March 20th, 2022 – the day of the Spring Equinox – and known as ‘The Infernal Vernal Equinox‘, this full live-stream ritual will also premiere the incredible third single video from ‘Existence Is Futile‘ plus will include the entirety of our first livestream free for your vulgar delectation.⁣

So, Children of the Night, be expectant of horrific spectacle, big production, and razor-sharp Black Metal mayhem ascending your way.⁣ Warning. This one-off special performance is intended solely for those tortured souls still clinging to the last of winter’s grip.⁣
Happy f**king Spring!!!⁣”⁣ 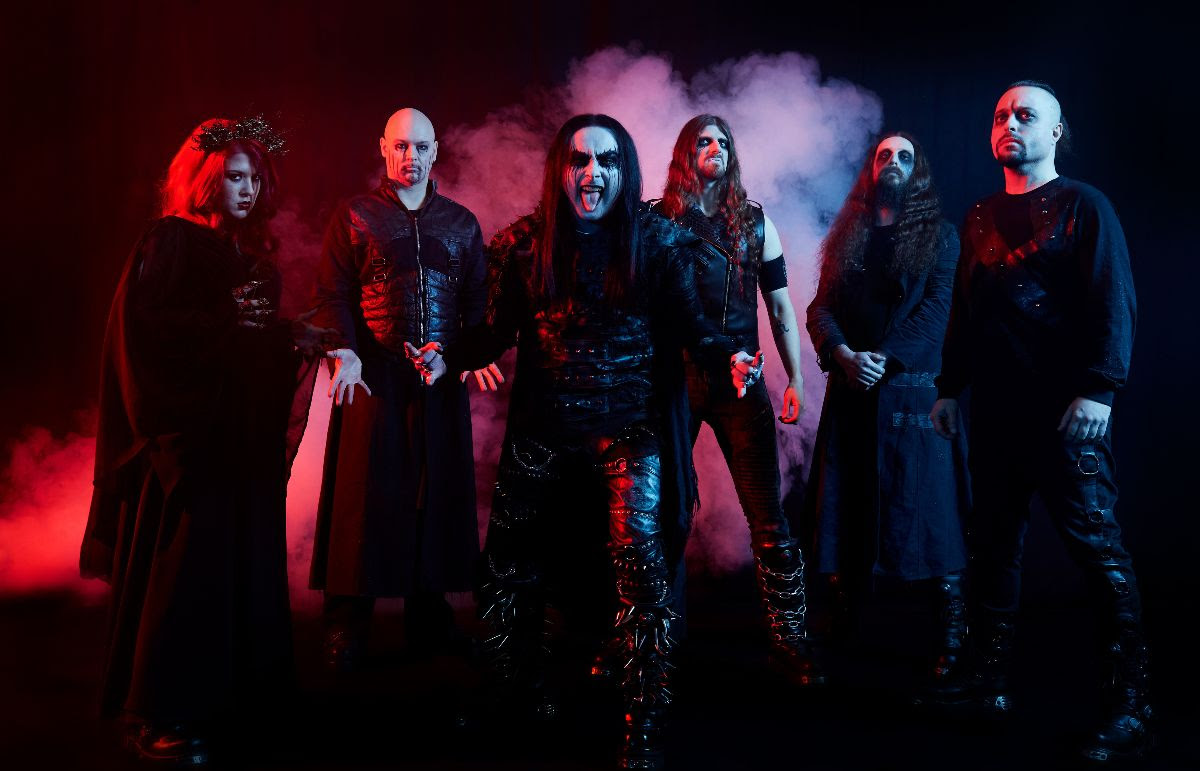 The gates of hell opened once again in 2021, revealing CRADLE OF FILTH‘s 13th manifesto Existence Is Futile. Pieced together in isolation at Grindstone Studios in Suffolk with studio guru Scott Atkins, the record is a pitch-black, perverse and at times absurdly brutal masterpiece, based around the concept of existentialism.

Diehard fans were thrilled to learn that horror icon Doug ‘Pinhead’ Bradley made a welcome return, lending his dulcet tones to the band’s most politically astute song to date, the epic “Suffer Our Dominion” as well as the album bonus track “Sisters Of The Mist”, which is the conclusion to the “Her Ghost In The Fog” trilogy, started over 20 years ago on the infamous and classic Midian. 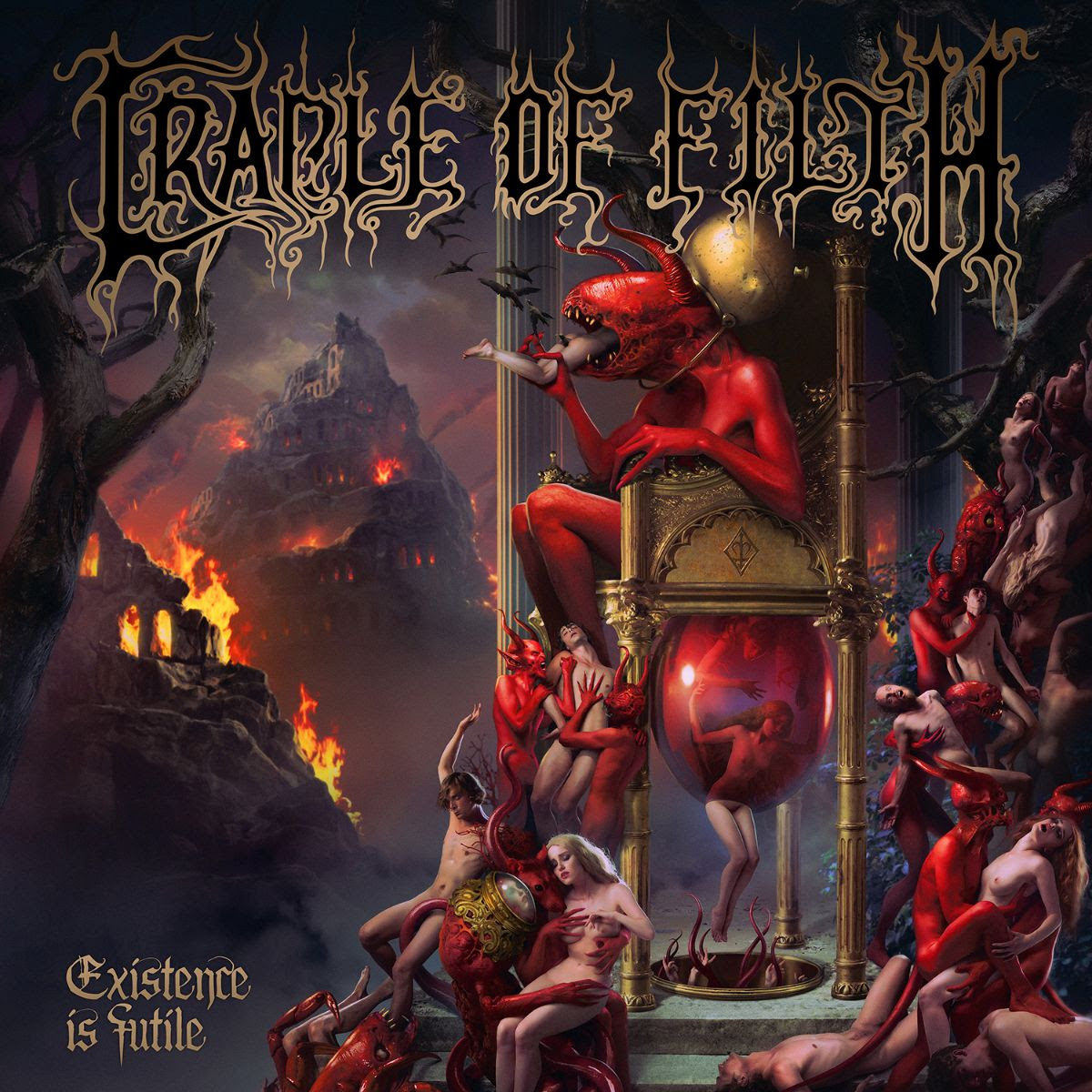 Belched from Hell’s depths into the rustic charms of the Witch County, Suffolk, thirty long and disturbing years ago, CRADLE OF FILTH are undisputed giants of the heavy metal realm. Imperious purveyors of a perennially unique strain of dark, dastardly, and willfully extreme metal, with deep roots in the worlds of gothic horror and occult curiosity, the band led by Dani Filth has weathered three decades of tumult and trial, earning a formidable reputation as both a singular creative force and one of the most riotously entertaining live bands the metal world has ever produced.