Called “One of the best bands in American heavy metal” by Decibel magazine, New York’s SANHEDRIN are premiering “Correction,” the first single from their upcoming Metal Blade Records album, Lights On, set for worldwide release on March 4th.

Listen to “Correction” now at: metalblade.com/sanhedrin – where Lights On can also be pre-ordered in the following formats: 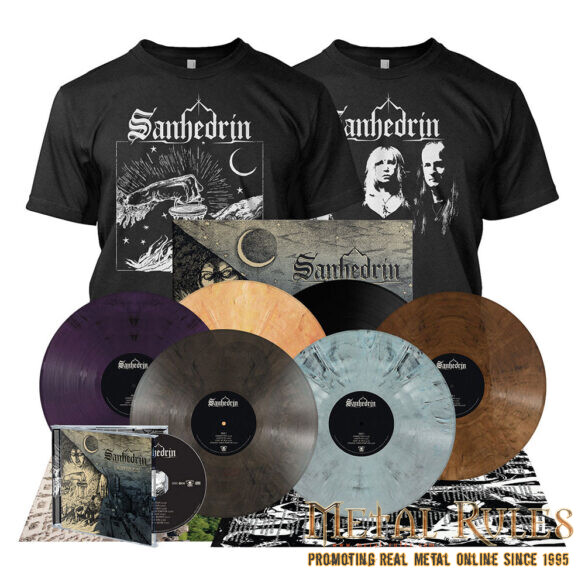 The Brooklyn power trio do metal the old school way, channeling the greats that preceded them to create something that is instantly familiar yet with a new, modern energy to it. On this particular track, vocalist/bassist Erica Stoltz explains, “The pandemic put the unbridled excess of humanity on hold. The reference was a play on the term ‘correction’ as used in economics. The comparison is between the slow roll of global death by virus and other man-made instantaneous destructors like atomic bombs.”

Rounded out by Jeremy Sosville on guitars and drummer Nathan Honor, the band state, “In a time where the world around you feels like it’s aflame, when our heavy metal heroes are beginning to disappear to failing health or changing social norms, we, SANHEDRIN, stand here as a shining light through the dark. We are prepared to fly the flag of heavy metal in these trying and uncertain times and have only begun to show the world what we are capable of.”

SANHEDRIN is slated for festival appearances across Europe and the US this year, with full-fledged tours in the works on both sides of the Atlantic.