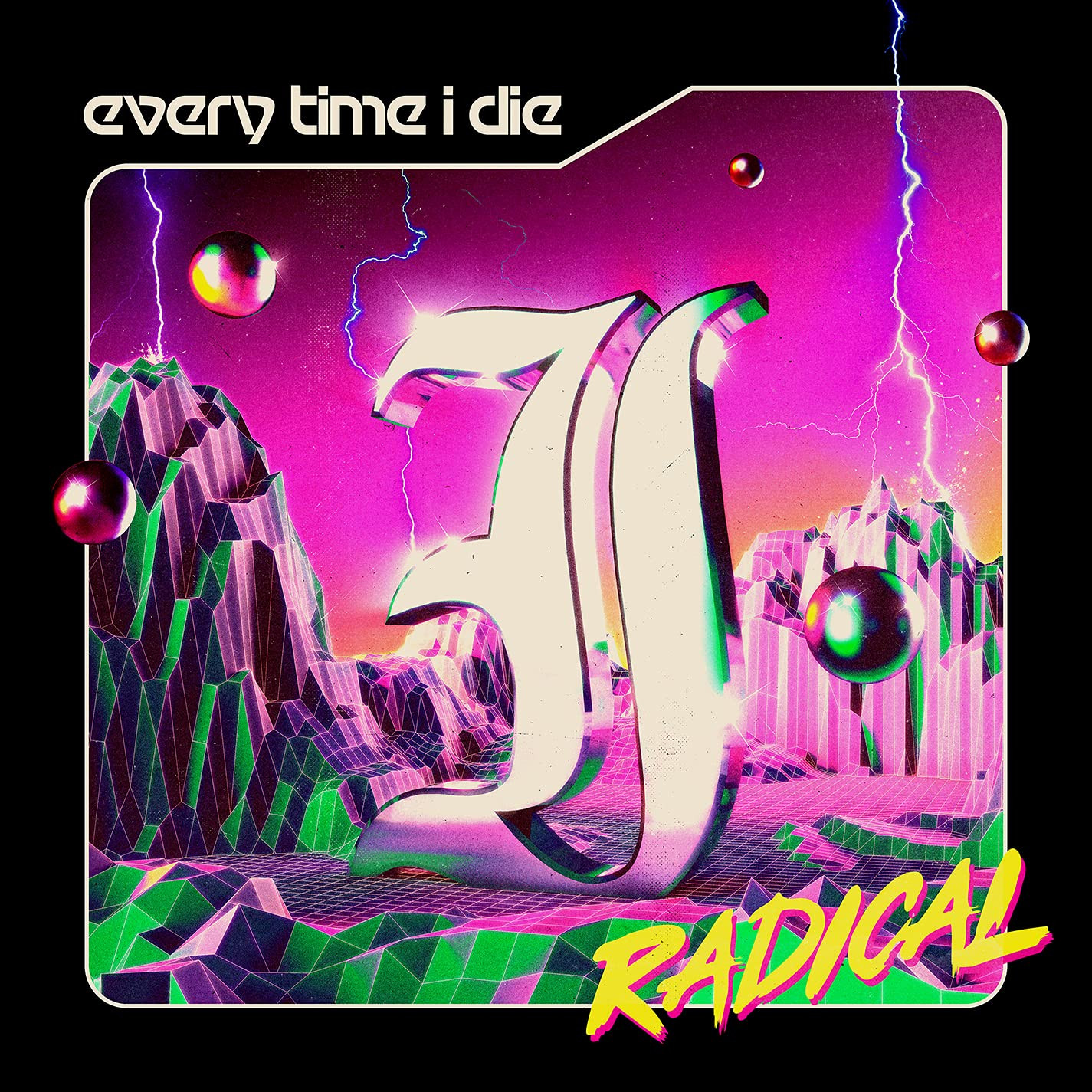 Radical is an album that is absolutely enraged, and one that is utterly sincere and honest in that rage. In style it sits within the realm of -core, both metal and math, but these simple terms honestly don’t do any justice to the intensity and impact of the sounds within. You can truly feel the brutal honesty behind Keith Buckley’s furious delivery and insightful lyrics (only further emphasised by the vocalist taking a hiatus from the band for the sake of his mental health!), and just as the music mixes in catchier moments with all the heaviness, there’s a certain wry humour always present. An acceptance that there’s a grim laughter to be had at how fucked up things are, and the hypocrisies of the world. It’s this candid frankness that really gives this album its spark and makes it stand out as my favourite of the year, as it carries on the raw, true spirit of hardcore music. Stick it on, give in to that justified outrage, and allow yourself a dark chuckle at it even as you bang your head along. 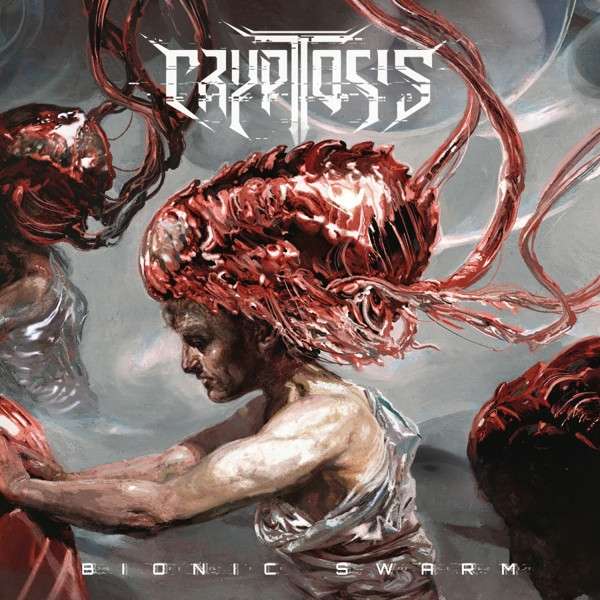 Do you find yourself craving a relentless tech thrash assault on the ears? One that has just enough of a dash of progressive edge but without leaning too heavily into that, always rooted in manic thrash attack? Cryptosis have got you covered. Bionic Swarm is like if Coroner and Slayer got together for a mad jam session. It’s one of those albums that uses technical flair to make it more impactful and memorable, rather than simply for the sake of showing off, and is some of the finest quality thrash I’ve heard in a long while. 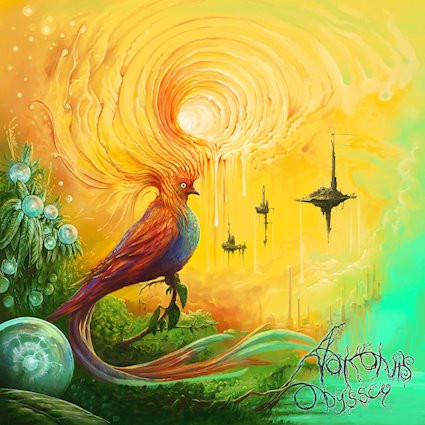 Truly the sound of a band rising and ascending to a new level they always had inside them, Odyssey is a fantastic piece of progressive stoner metal exploration, well worth a look for anyone seeking a fix of either style. 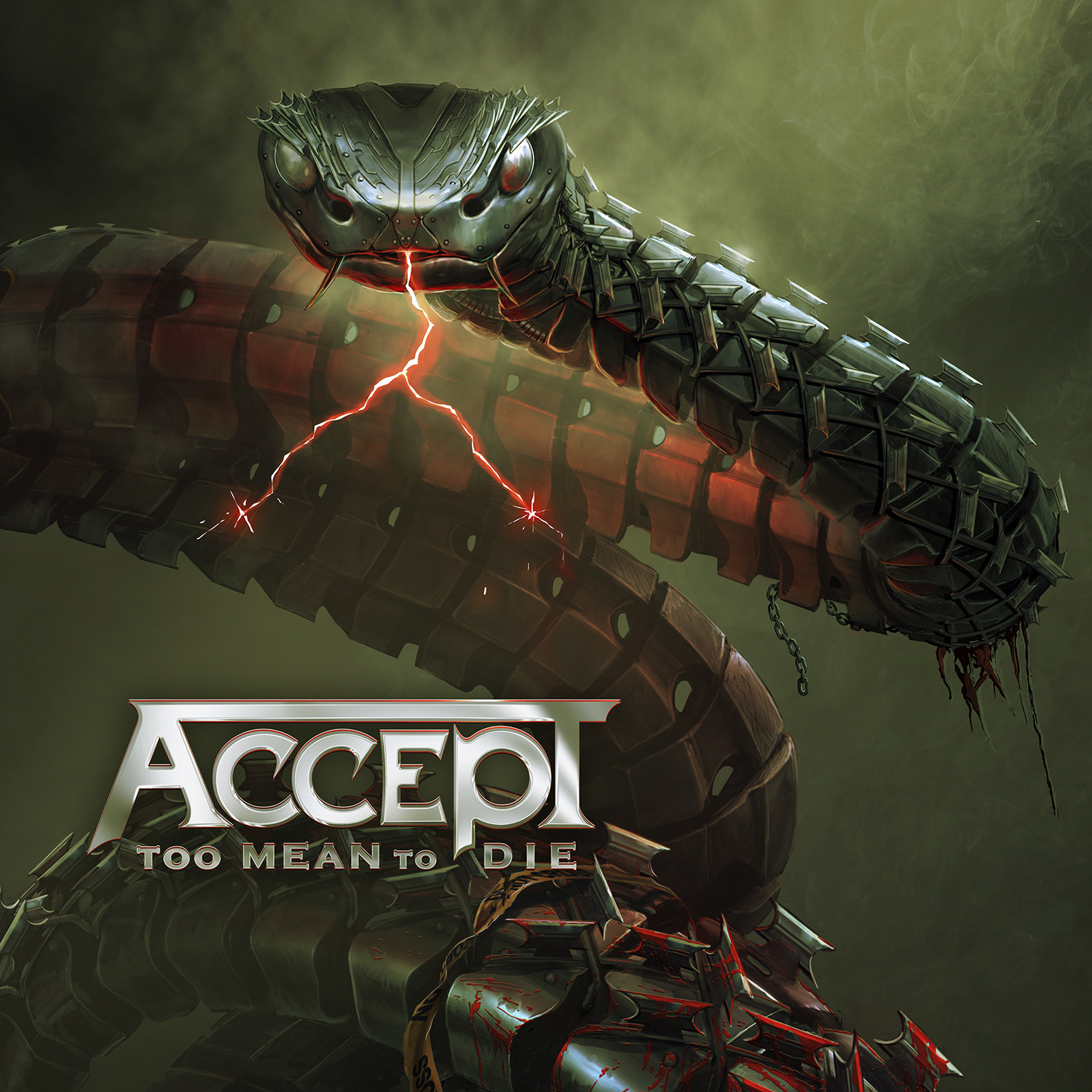 Accept have been on a heavy metal rampage of good releases ever since their amazing 2009 comeback, Blood of the Nations, but as good as Stalingrad, Blind Rage and The Rise of Chaos are, this one might be the first to truly rival that comeback for sheer quality. It’s that kind of traditional heavy metal that’s packed with experience and sincerity, it knows exactly what it’s doing and how to have a good time doing it. “Zombie Apocalypse”, “The Undertaker”, “Too Mean to Die”, “Sucks to be You”, “Symphony of Pain”, “The Best is Yet to Come”, this album is just packed full of solid tracks. 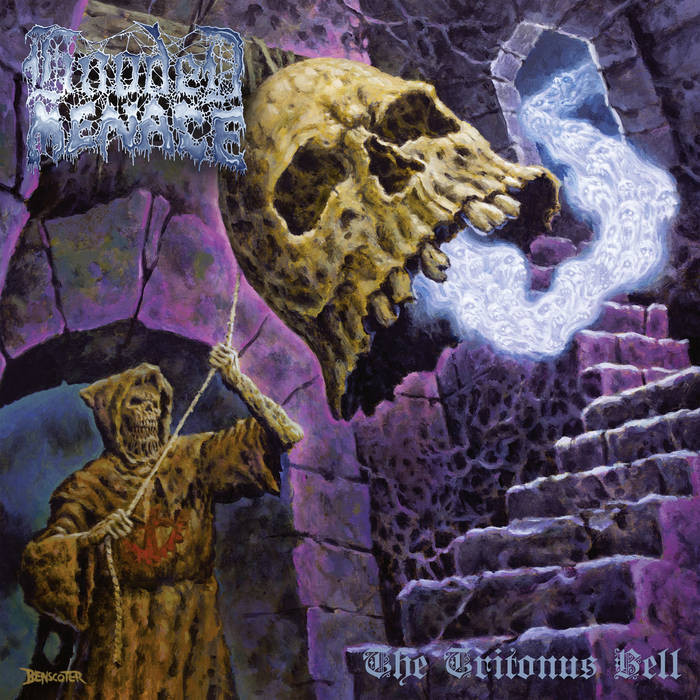 My first proper foray into Hooded Menace, and I certainly wasn’t expecting something so damned catchy. Yet The Tritonous Bell is never lacking for heaviness either, filled with monstrous, cavernous vocals, grim melodies and sharp riffs. But beneath it all is this wonderfully old-school respect for classic metal song-writing. Fans of vintage doom and death alike will have a great time here as Hooded Menace stomp and snarl their way through winner after winner. 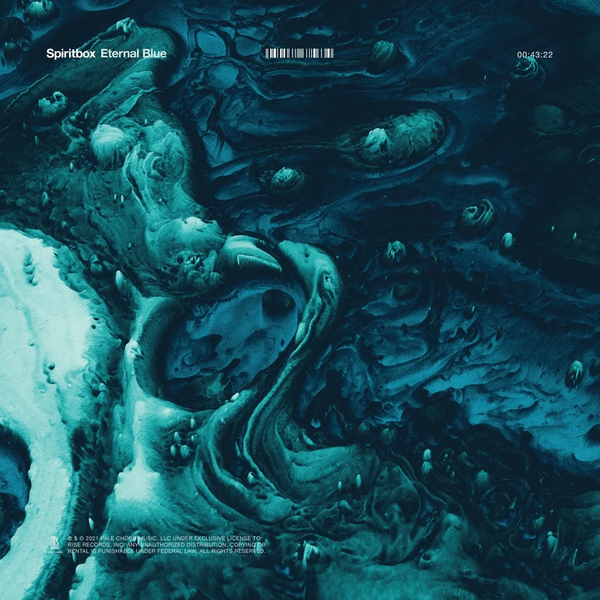 So apparently there was a ton of hype around this debut release, which I completely missed somehow. But this did allow me to experience Eternal Blue free from any real expectations, and that in turn allowed it to wow me just as it should. Best approached with an open mind, Eternal Blue impressively merges some pretty disparate styles, just as likely to sweep you away with pop-inspired synths and melodies as it is to smash your skull in with djent weight and metalcore breakdowns. Yet whichever approach it does, it always works. 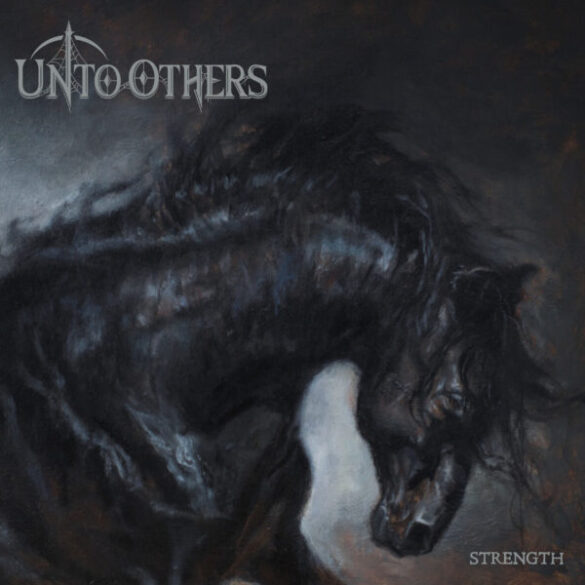 Formerly Idle Hands (whose 2019 album Mana was met with well-deserved acclaim), Unto Others continue with little changed beyond the name. Strength is more of the same goth rock-tinged heavy metal, though now perhaps bringing in a bit more gothic metal alongside it. Again, it’s catchy and punchy in a deliciously post-punk sort of way, effective, echoing riffs topped with crooning vocals, and some hard-hitting lyrics at times (including an excellent cover of Pat Benetar’s “Hell is for Children”). 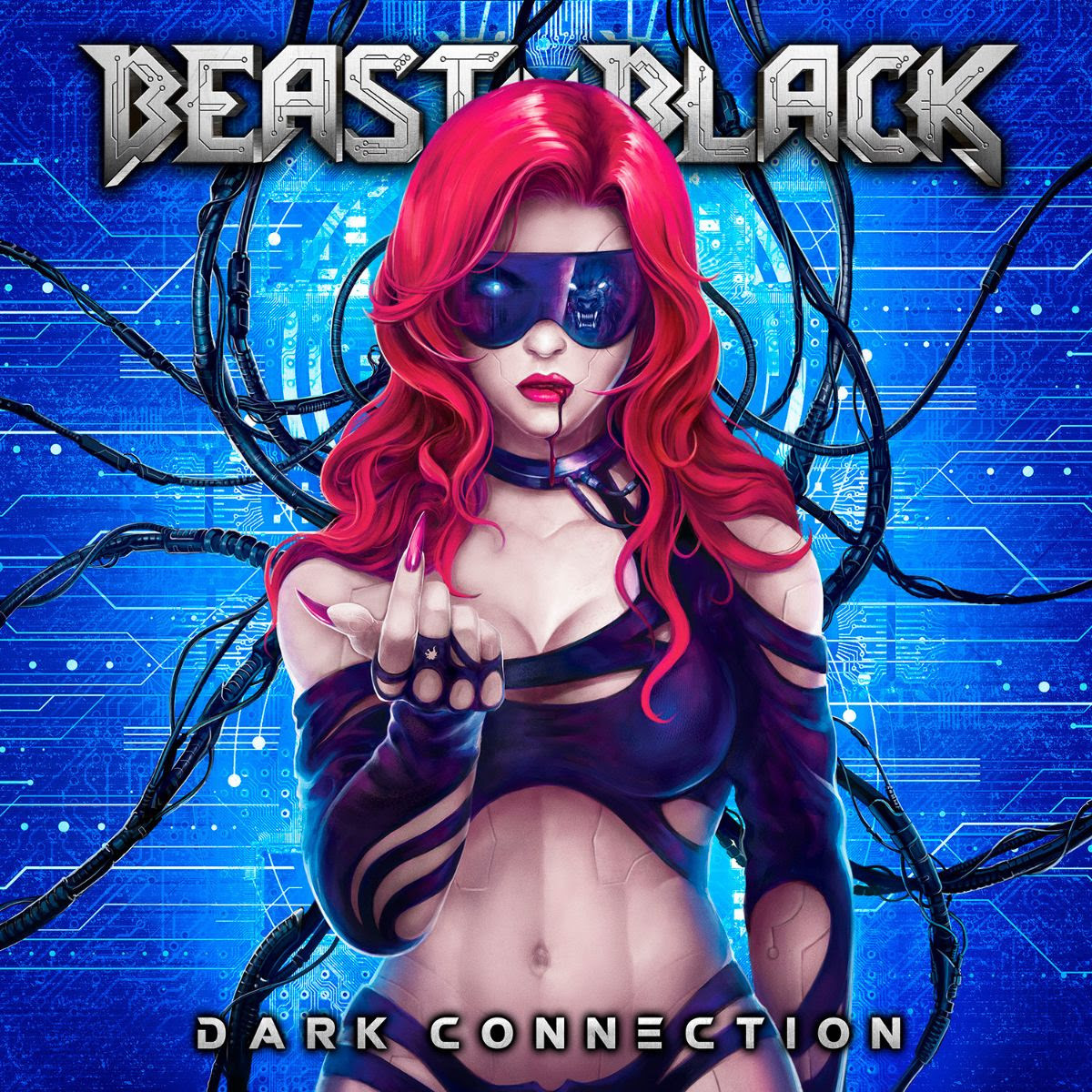 Much like their debut, Dark Connection is just a damn good time, maybe even incorporating those Eurosynth beats a little better this time. Some will still recoil at the power metal cheese that inspires the need to dance as much as headbang, but they can fuck off, I don’t need the kind of negativity that doesn’t enjoy this in my life. 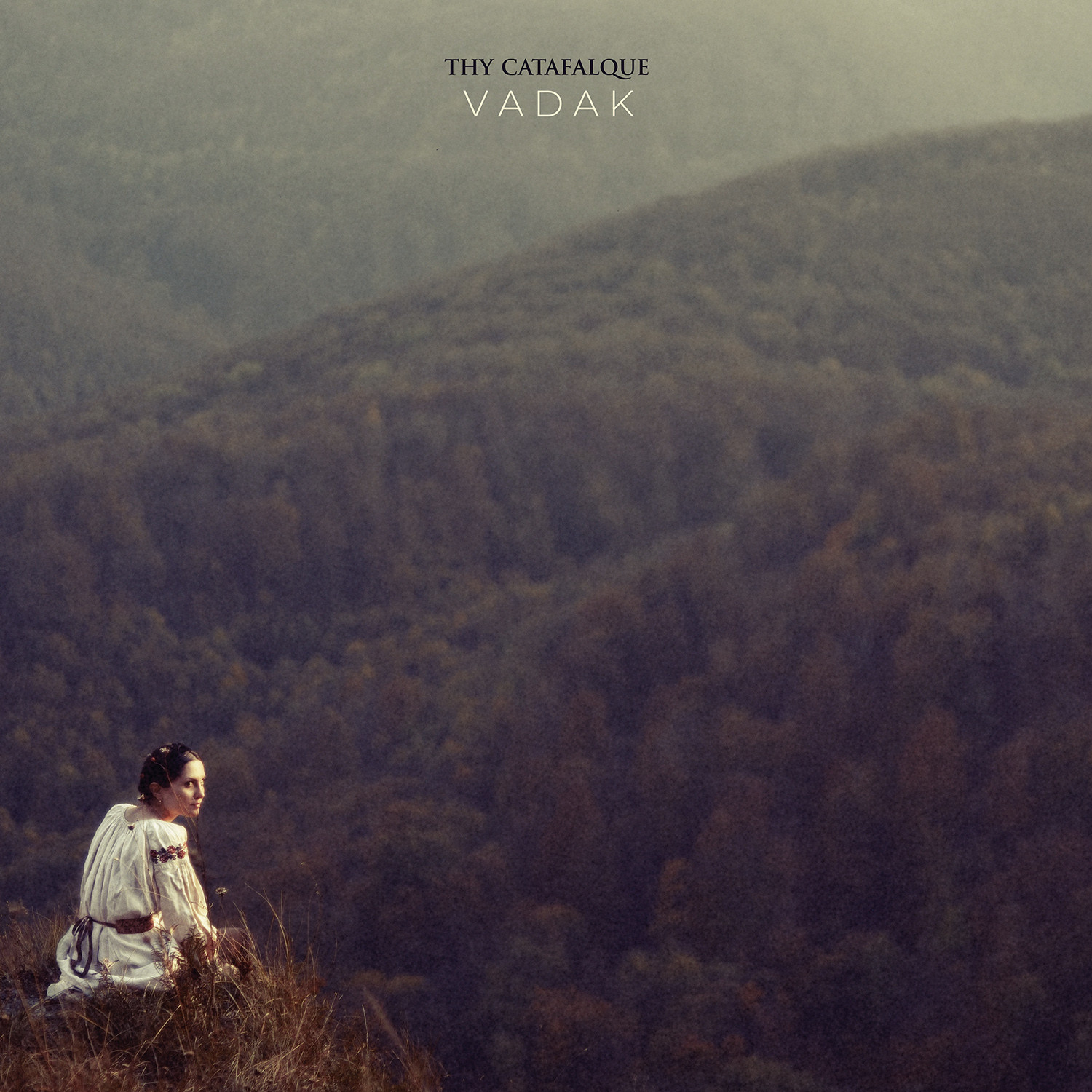 Despite its nature as music that splices together a whole range of different sounds and influences, there’s one way Thy Catafalque are always consistent, and that’s in quality. There might be general shifts in overarching stylistic emphasis, but a Thy Catafalque album is always an avant-garde experimental treat, and Vadak is no exception. Merging elements of black metal, prog, folk music, electronics and more, it’s a varied and thrilling ride through soundscapes both intense and soothing. Well worth exploring for anyone with the time to let it all sink in and do its work. 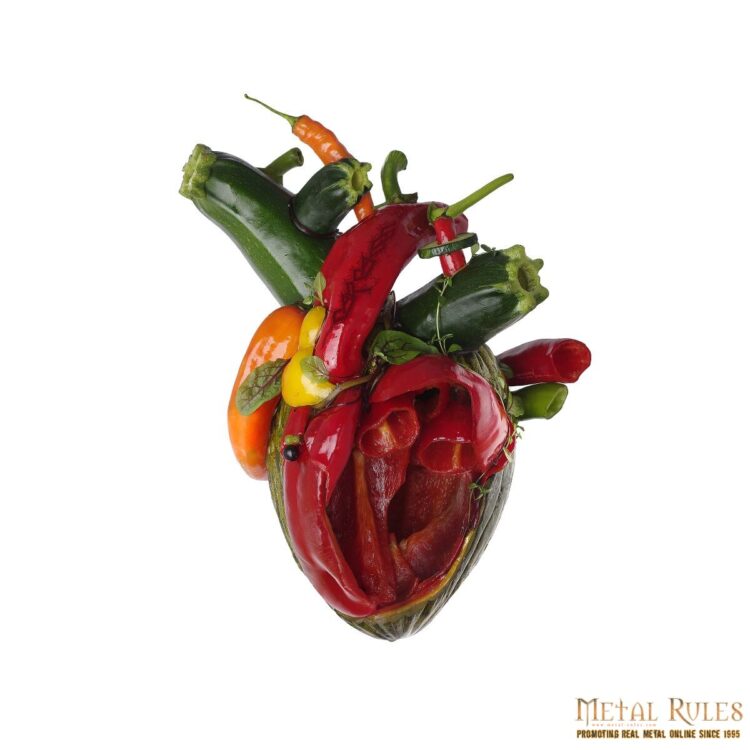 Carcass at last grace us with their follow-up to 2013’s excellent comeback, Surgical Steel. Torn Arteries is every bit as good as that, maybe even a little better, things feeling that bit more settled and natural now. The band’s way of sounding almost playful in their extreme metal ‘n’ roll style is a treat as always, frantic and ferocious yet absurdly catchy. Just about any metal fan should have a blast here. 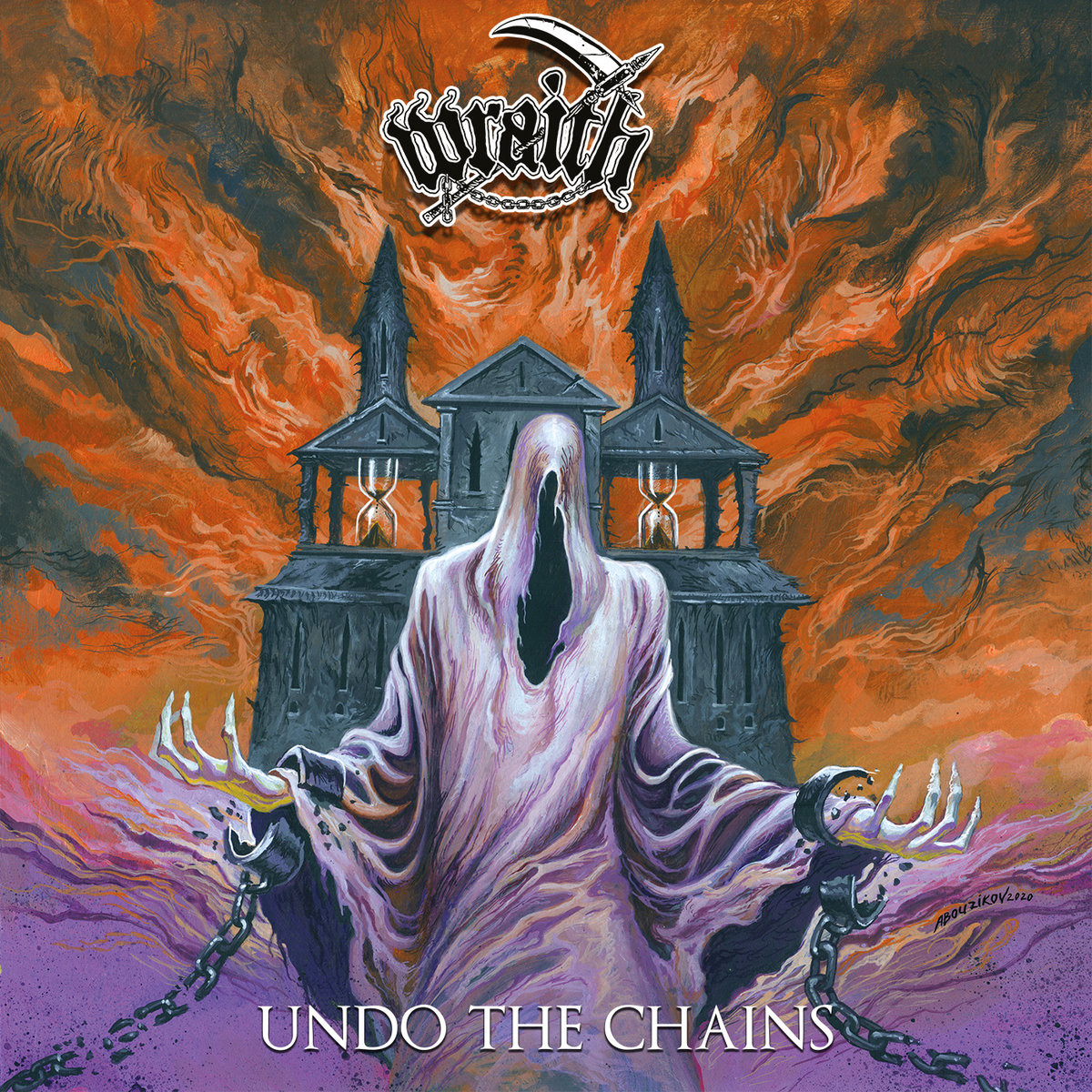 Wraith is exactly the kind of high-octane, balls to the wall metal that knows just how to achieve its wickedly violent ends. They tear along with manic grins and wild snarls, in a way that’s both familiar and still oh-so-fun to any seasoned thrashers 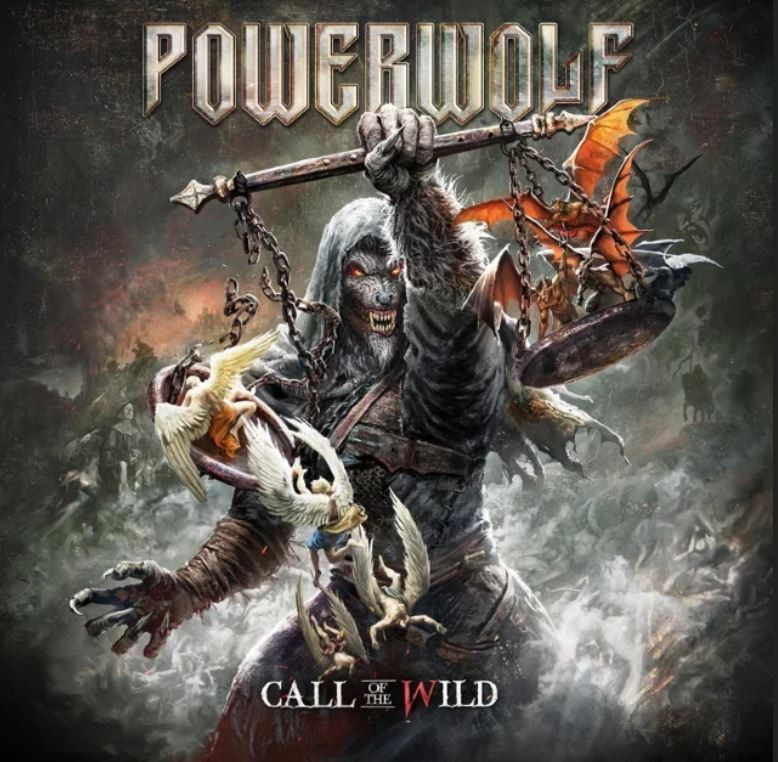 After the utter glory that was The Sacrament of Sin, I was stoked for Powerwolf’s next entry into the hymnbook of heavy metal. Call of the Wild definitely does have some solid numbers (“Beast of Gevaudan”, “Dancing With the Dead”, “Reverent of Rats”, “Sermon of Swords”), but not quite as many as their best works. It’s still Powerwolf through and through, but there are definitely some more middle ground tracks holding this one back from classic status. 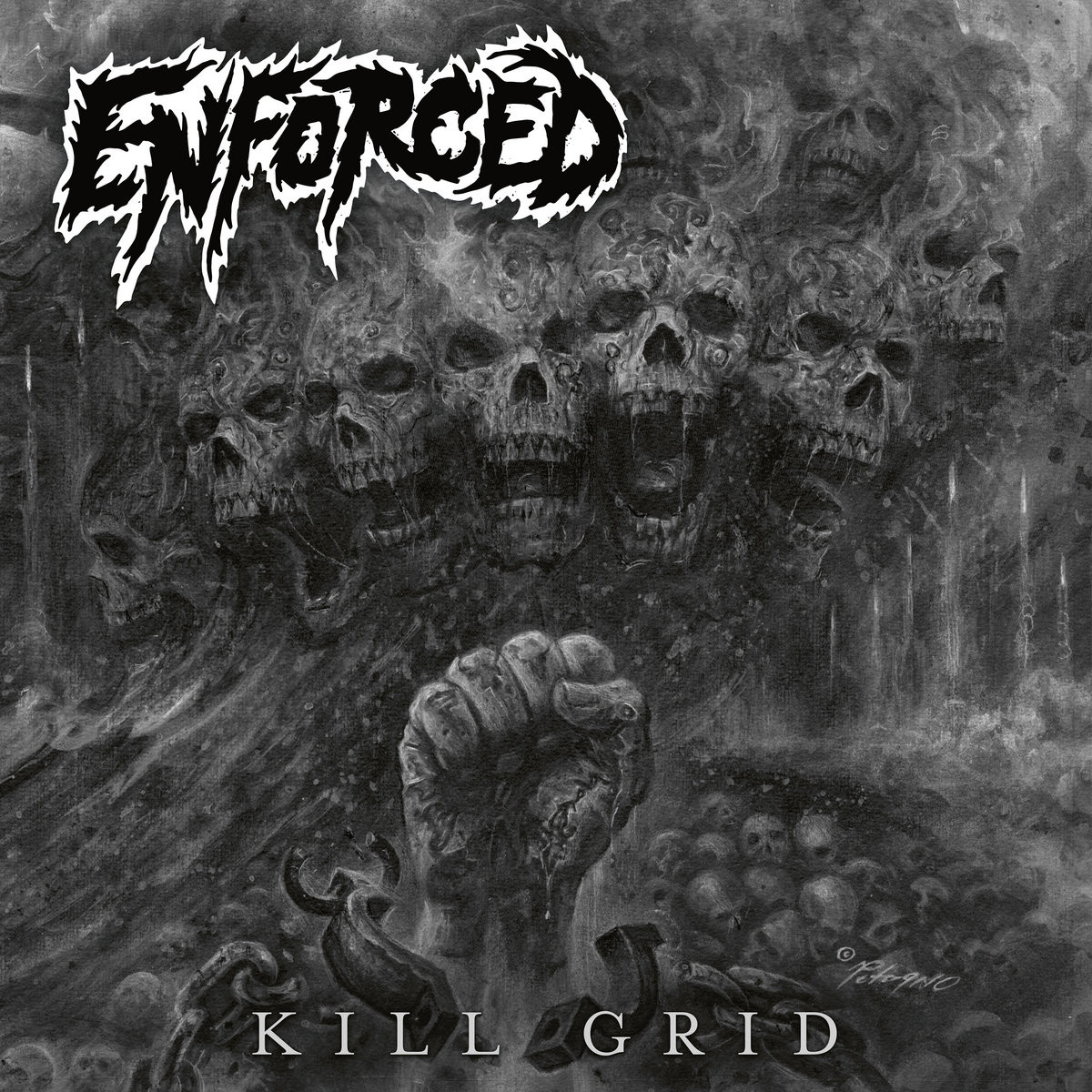 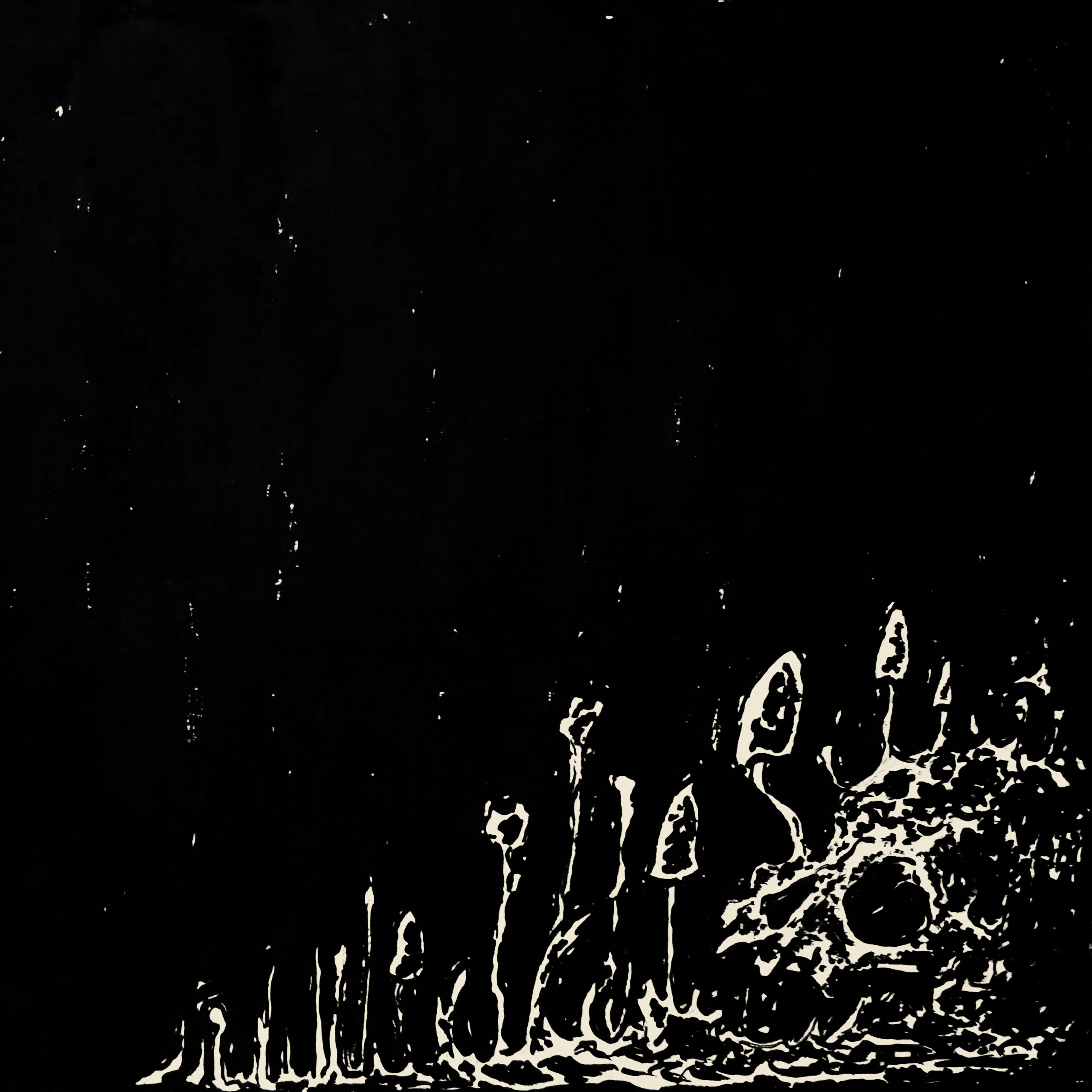 What Cavern Deep really has going for it is atmosphere. There’s a dark, dingy story behind the album, something wonderfully Lovecraftian as the characters explore deeper on their archaeological expedition and uncover some unsettling things, and the doom metal that acts as soundtrack to this horror tale does so admirably. 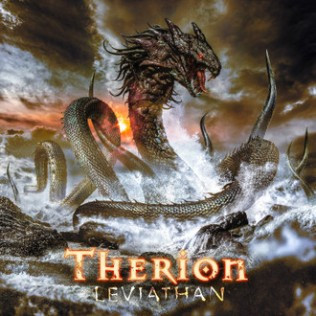 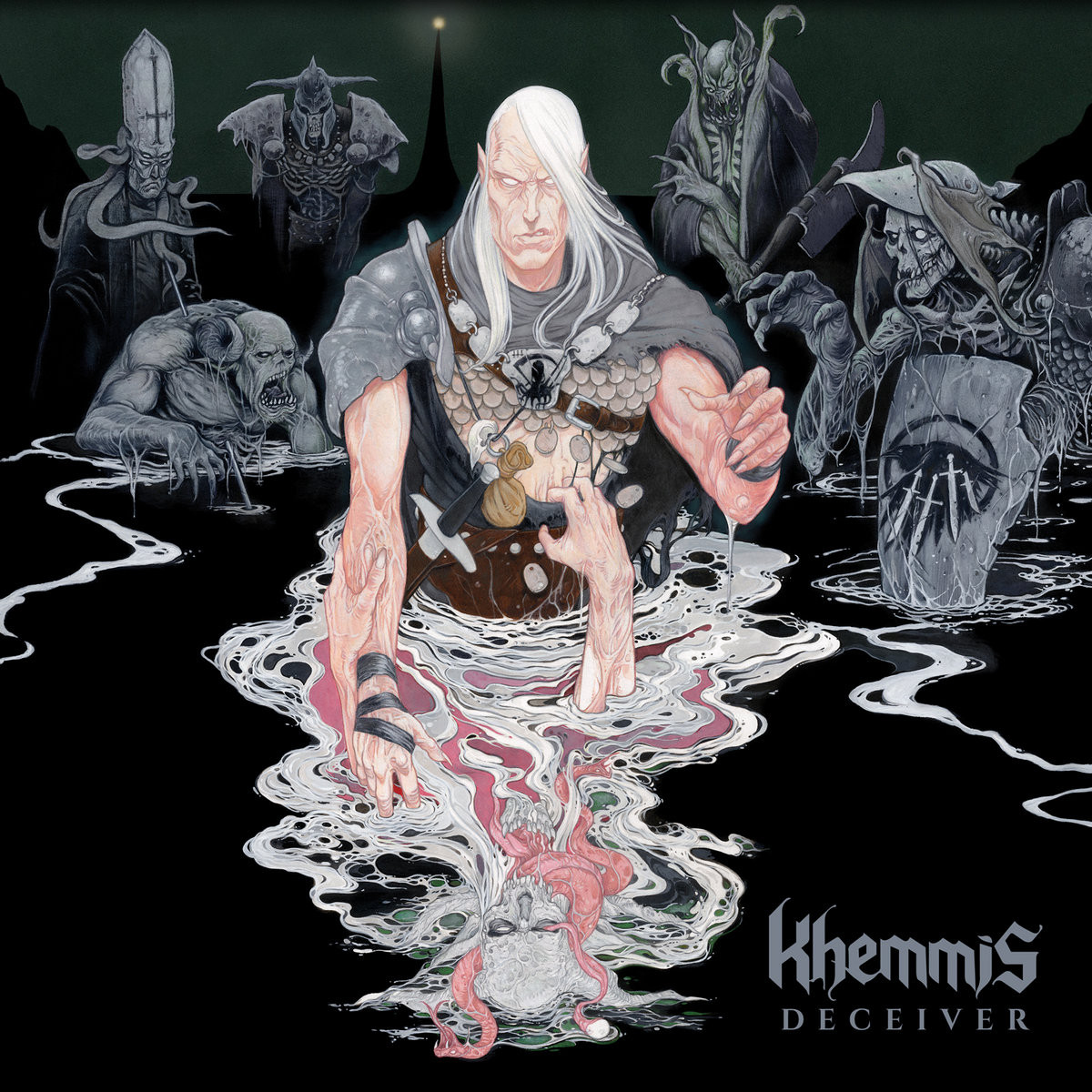 Deceiver is Khemmis much as we left them last, and that’s no bad thing. Quality epic heavy/doom metal, with what feels like an ever-increasing dose of heavier, death-doom elements to keep things from growing stale. 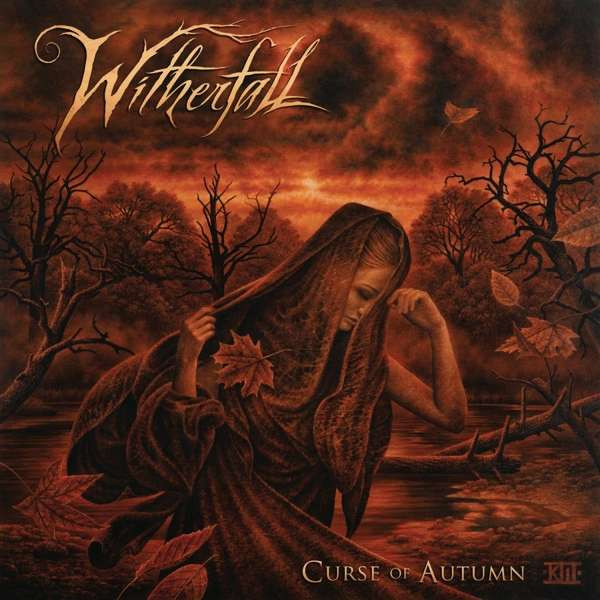 Following on in a similar vein to Nevermore, Witherfall offer that same delicious blending of heavy, power and thrashy elements with progressive flair. 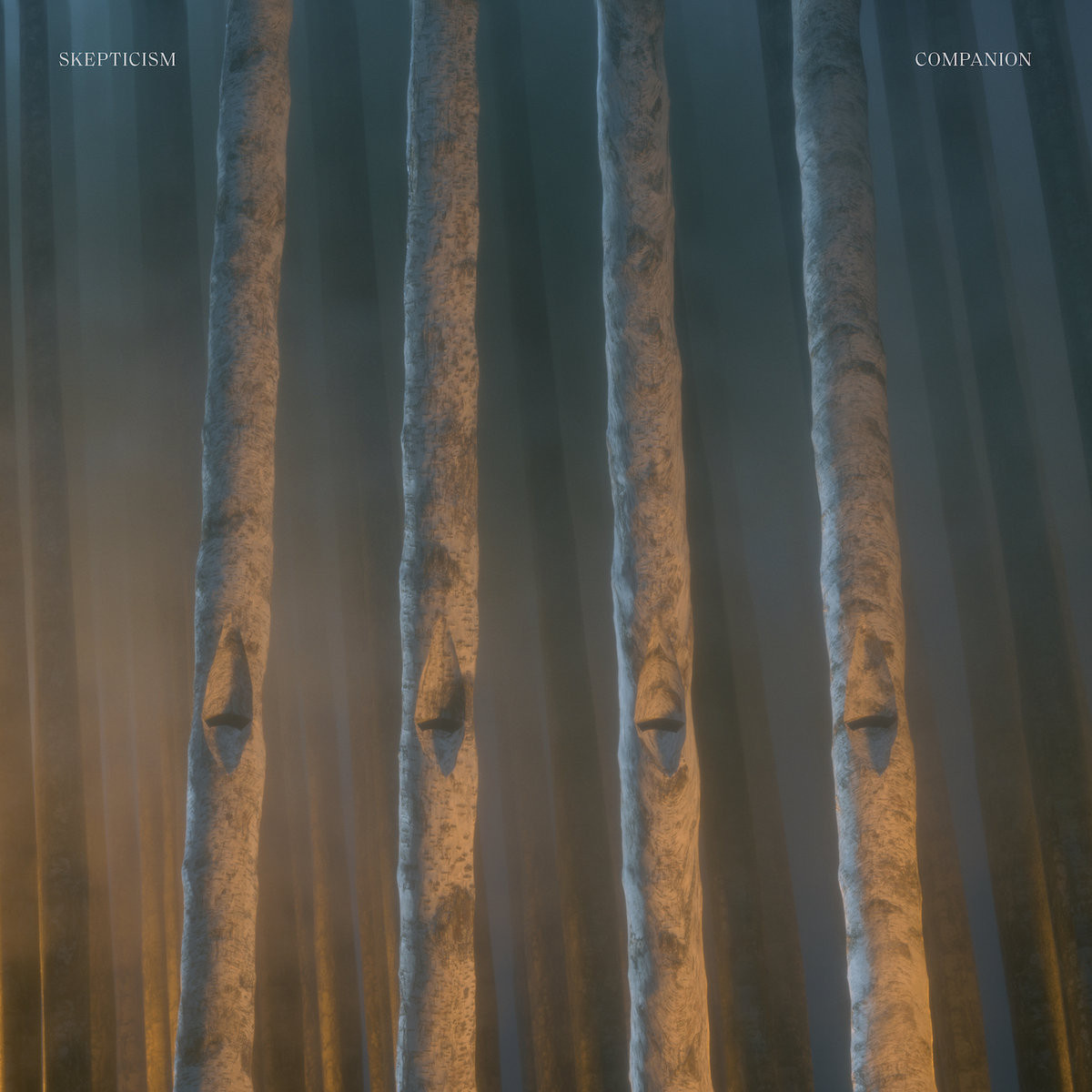 Funeral doom by the masters, as it actually works to hold your attention and stir some real emotions. Solid stuff for those in the mood to sink in and let the earth swallow them up. 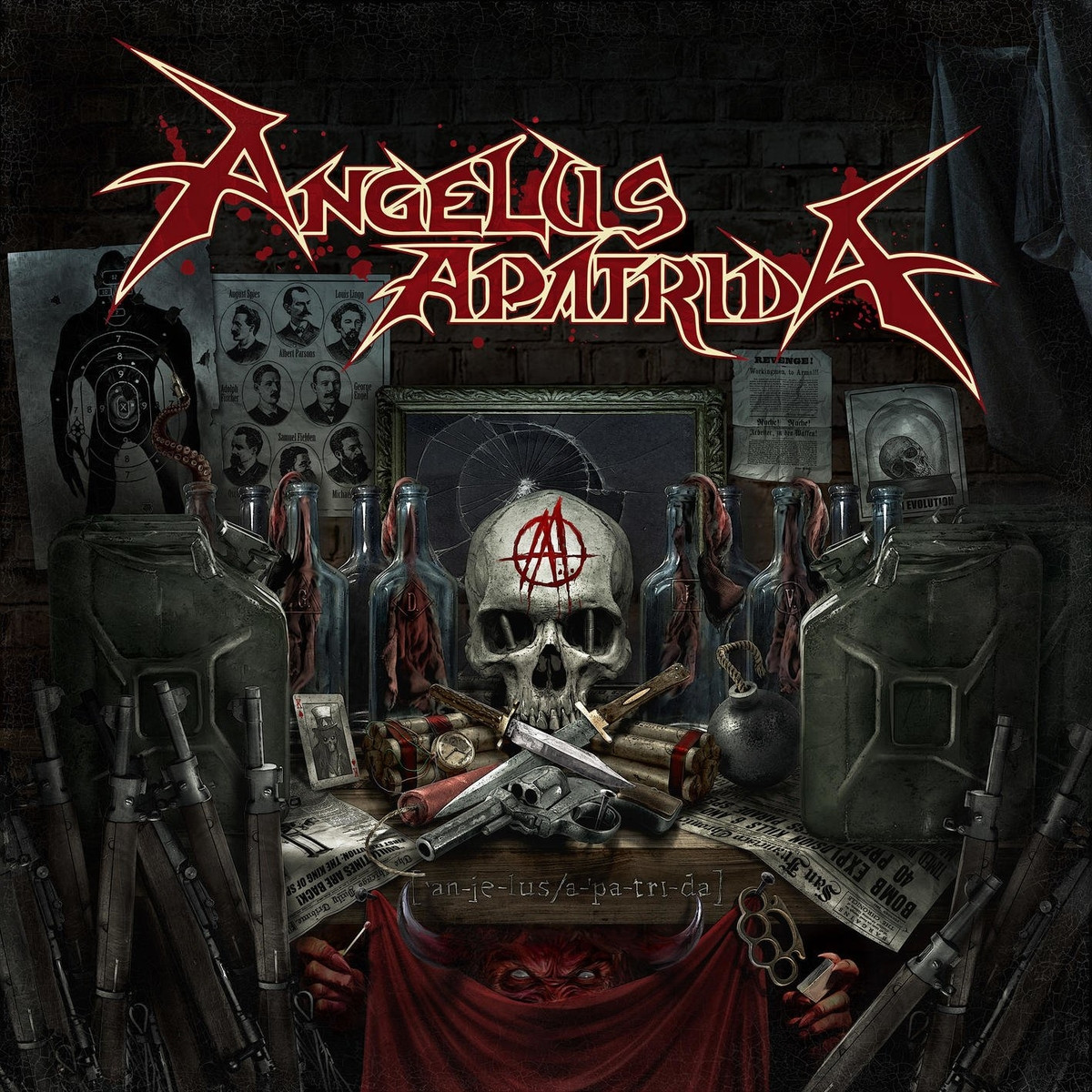 Much like their previous works, this self-titled album isn’t attempting to redefine anything, but it’s quality riffs topped with some suitably manic vocals and makes for a forceful package. 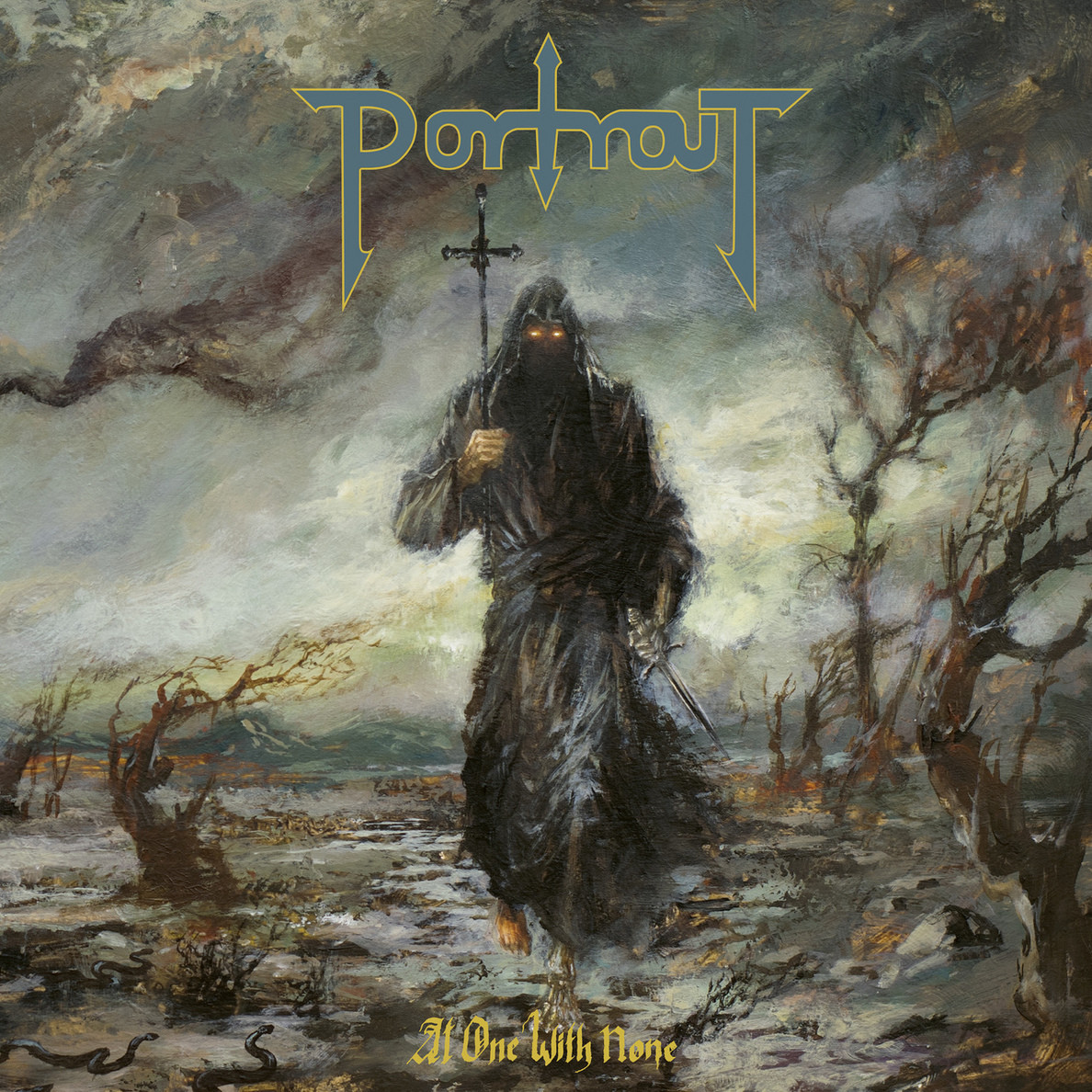 Portrait channel a lot of the same classic metal energy as Mercyful Fate and King Diamond, intentionally no doubt, as it makes for some compelling listening. It doesn’t have quite the same captivating horror novel framing, but it’s still a good time for those with a taste for a dramatic flair. 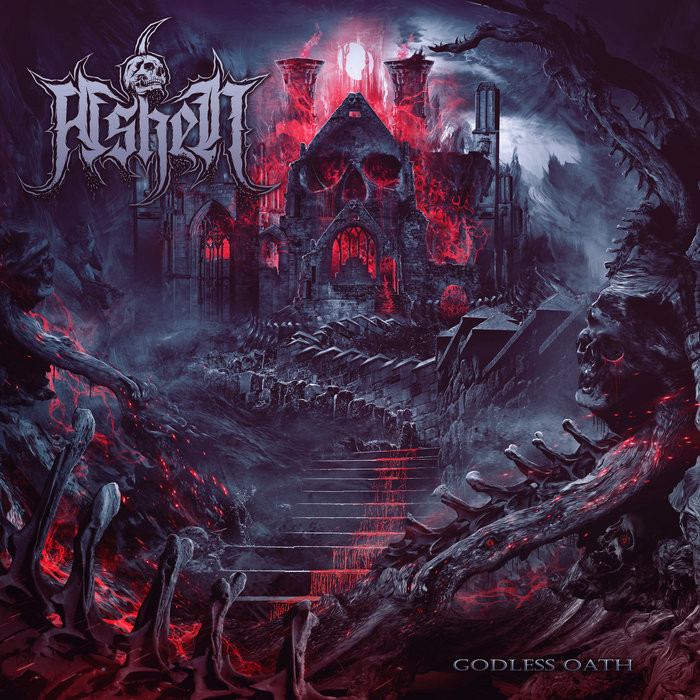 Just the band to reinvigorate my passion for my first metal love: thrash!

My Favourite Discovery of 2021 was: Cavern Deep

As above, what Cavern Deep really seem to have going for them is their ability to craft a good story and an atmosphere to go with it. Such a thing can really help elevate an album to another level, so I’m definitely keen to see where they go from here.

Tribulation – Where the Gloom Becomes Sound 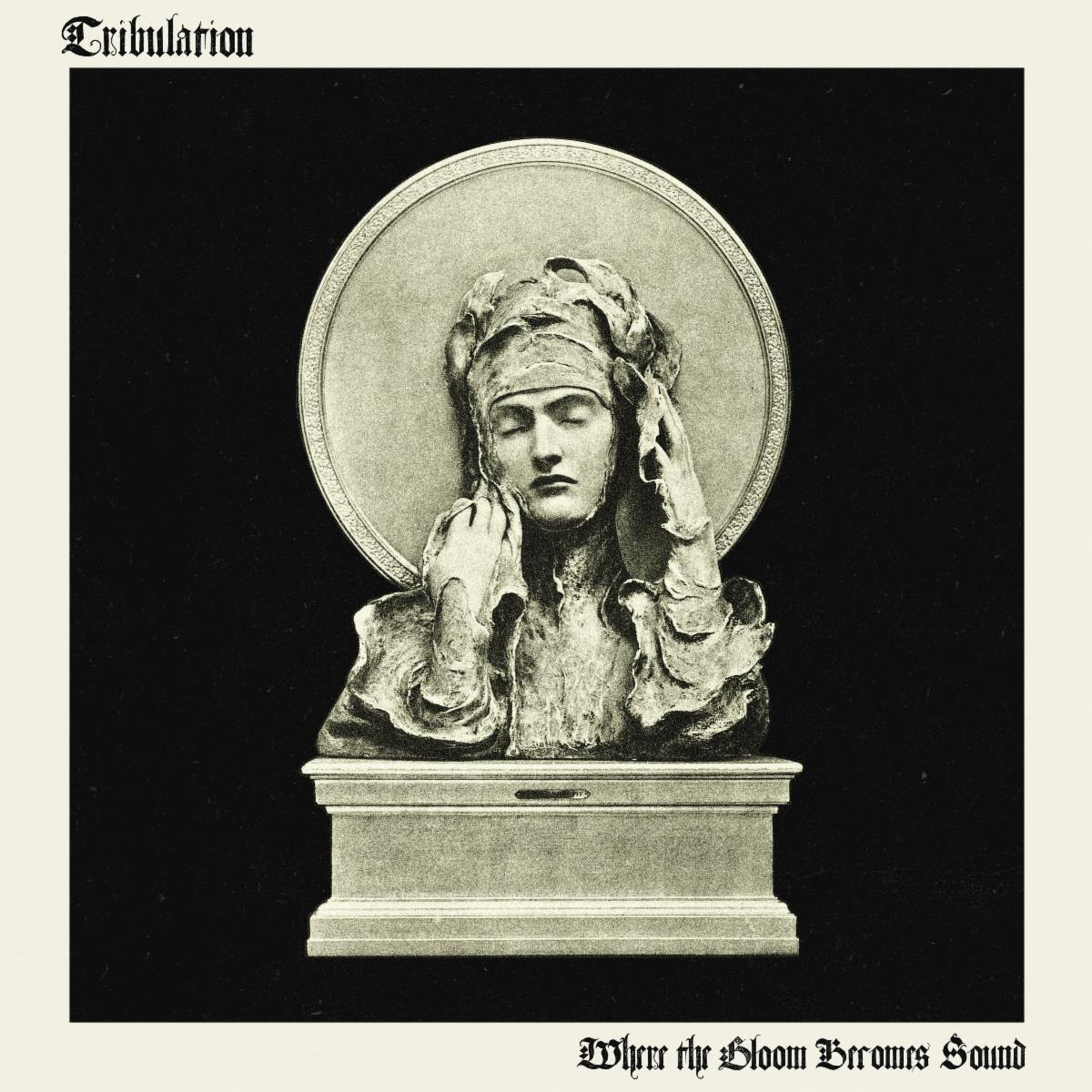 I absolutely loved Tribulation’s Down Below with its gothic “black ‘n’ roll” sort of approach, catchy melodies with just enough ferocity to keep it fresh (or rotten, as the case may be). As such, I had high hopes for this one, and to be fair, it’s not terrible. But after many spins, I can’t honestly say any of it sticks with me. It just feels like a collection of Down Below leftovers. 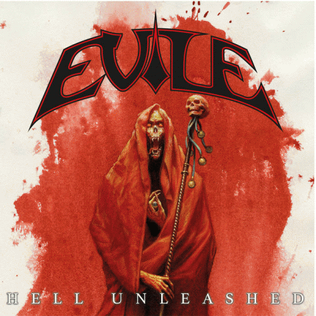 Evile have always been special to me. I still remember discovering their Hell demo on Myspace back in the day, then eagerly snapping up their debut full-length Enter the Grave on release day. They’re one of the bands that really hooked me on the thrash revival of the mid-00s. After one thing and another it was beginning to look like we’d never get anything after 2013’s Skull. Well, Hell was finally Unleashed, and I can appreciate the attempt to dive head-first into the more forceful side of things. This album isn’t a radical reinvention, but neither is it simply attempting to replicate the past. But sadly, it just falls flat for me. Maybe it’s the riffs that don’t feel as effective, maybe it’s Ol’s vocals just not doing it for me like Matt’s did, but this one simply doesn’t ring true.

Wilderun’s Veil of Imagination was a surprise mind-blower for me in 2019, with it’s incredible mixture of prog, folk, symphonic and extreme metal into one extensive whole. If Epigone is anywhere near as good as that, it’ll be on heavy rotation for me, no doubt.

Ever reliable Saxon. Even their lesser albums usually have a handful of winners in there, and when they fire on all cylinders it’s always a treat.

One of the most interesting sounds in metal right now, Zeal & Ardor’s gorgeous and seamless melding of black metal with African-American spirituals is something I can’t wait to hear more of.

After the experimental Puzzle and Snuggles, Heavy Devy apparently has another more “conventional” (if such a term can be applied to the output of a mad genius) record coming soon in Lightwork. Mr. Townsend’s offerings are always a delight.

This one appears on my “hopes for next year” time and time again. Maybe 2022 will finally be the year we see the return of the King with a new full-length.

There are also apparently albums in the works from Triptykon, Meshuggah and The Vision Bleak, all of which would definitely be must-hears for me!

Next year will also hopefully see the chance to get back to gigs again, I’m sure I’m not alone in looking forward to that! Currently I already have lined up chances to catch Devin Townsend, Beast in Black, Arcturus and the mighty Rammstein, so fingers crossed!