Welcome to another installment of “Quick Jabs.” This is the section where we post an assortment of shorter reviews for albums that we have checked out or may have missed out on in previous months. Seeing as these January reviews are typically for releases of the prior month, this is technically the last few 2021 releases I am currently sitting on from 2021. Although I am sure I will have some more pop in in the next couple of installments. I have been lucky enough to receive some really cool albums throughout the year, and I hope these quick jabs have helped to get you into some of the newer or less talked about bands. 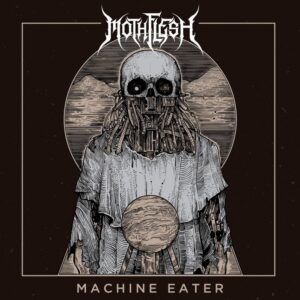 Starting out as a groove-driven melodic death metal band in 2018 in Malaysia, the band quickly reinvented their sound to a more technical approach, combining elements of mathcore and death metal. MACHINE EATER is a patchwork of borrowed elements infusing discordant down-tempo chugging from early metal-core bands of the likes of Converge and Poison The Well with the modern death metal aggression of Decapitated and the technical edge of Cynic and Carbomb as well as Lamb of God. Mothflesh is a band taking the melodic death groove genre to a whole other level. MACHINE EATER will tick all your boxes if you’re looking for a contemporary dropped-tuned neck cruncher with a distinct East Asian sound and a third-world attitude. 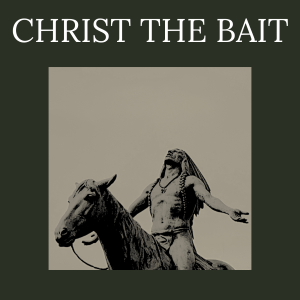 Colin Jenkins (guitar, bass, vocals, drum programming, production) is the brainchild for Christ The Bait. According to Jenkins himself, Christ The Bait is a “mixing vessel for all weird, heavy music.” He jokingly refers to the band’s primary genre as “psychedelic death-prog,” but in a more serious context, Christ the Bait’s style of heavy progressive rock branches out into different avenues of rock and metal, such as post-rock, mathcore, post-hardcore, sludge metal, and alternative rock/metal. This 48 minute, 4 track EP was a bit tough to get into for me at first. Like stated, the different avenues of genres are very present in the first two tracks. Not that there is anything wrong with that, but maybe the days I tried, just were not right. Upon a couple of more attempts, Jenkins’ vision came into light for me. What really shines on this EP for me is the 24 minute epic, “Domino”. This is the track that truly showcases the talents and songwriting capabilities of Christ The Bait. It reminds me of a track that Opeth could have done. It is played and composed with the precision of Åkerfeldt & Co. This one does need a slight bit of grow time. Let it happen. IDOLATROSITIES will not disappoint! 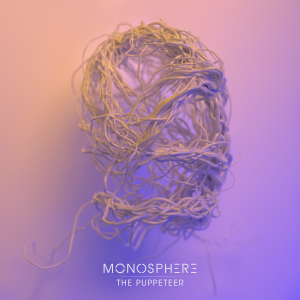 So, these guys are a pretty cool listen. They touch upon several genres from the somber to the chaotic. Originally founded out of the progressive deathcore act Lost Without Direction, Monosphere quickly became a name with their melodic hardcore sound. After some lineup changes and a shift to technical metalcore the band started working on this album which aligns somewhere in between post metal, progressive metal and mathcore. It’s no wonder that some call the sound of Monosphere as something in between Between The Buried And Me, Rolo Tomassi and Cult Of Luna, as all of these bands are key influences to the sound of Monosphere. There are some seriously heavy and technical passages within their music. To me, it does sound a bit like what the Hot Topic crowds were making popular a few years back. That is probably just the -core talking. It wasn’t until a couple more listens that I could pick out some similarities to Faith No More or Dog Fashion Disco. So if you are okay with a little -core in your music, Monosphere may just be your new favorite band. 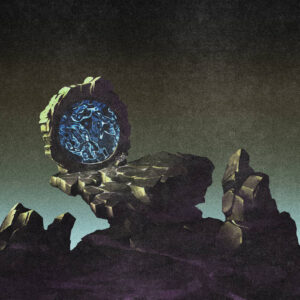 Here is one I may or may not do some justice to. It was not too difficult to get into. Jomo Tuun is an instrumental progressive metal trio formed in 2020 in London, England. Their debut release here, ONE TUUN, is dark, technical and thrashy all at once. With challenging musical passages voiced by classic metal’s ferocious and raw textures, it dives between huge doom vistas and seizure-inducing riffs with churning time signatures and psychotic rhythm changes. Prepare for aggressive guitar runs, thundering bass and punching machinegun drums. While blending of genres is somewhat unique, it does not totally stand out on it’s own two feet. In the simplest of comparisons, take equal parts of Joe Satriani, Rush, and say, Mnemic and you will have the music Jomo Tuun churns out. Pretty cool stuff here. 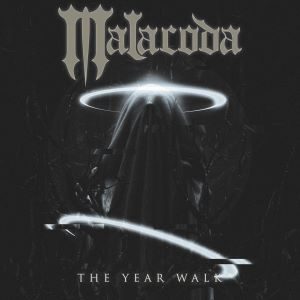 Malacoda started as a recording project based out of Oakville, Ontario in 2014, by multi-instrumentalist and music producer Lucas Di Mascio. THE YEAR WALK is the third EP Malacoda released in 2021. It is my first encounter with the band which consists of four more songs which builds upon the band’s symphonic sound first explored on 2016’s RITUALIS AETERNA. What is most impressive here is the sound of this trio. Malacoda have completed several successful live runs throughout Canada. I am curious how these three gents pull off their amazing style of music in a live setting. Think of a heavier version of Blind Guardian. Or, a lighter version of Scar Symmetry. However you want to spin it. That is what the music reminds me of. Great tunes here. You will be missing out if you do not check out Malacoda for yourself.