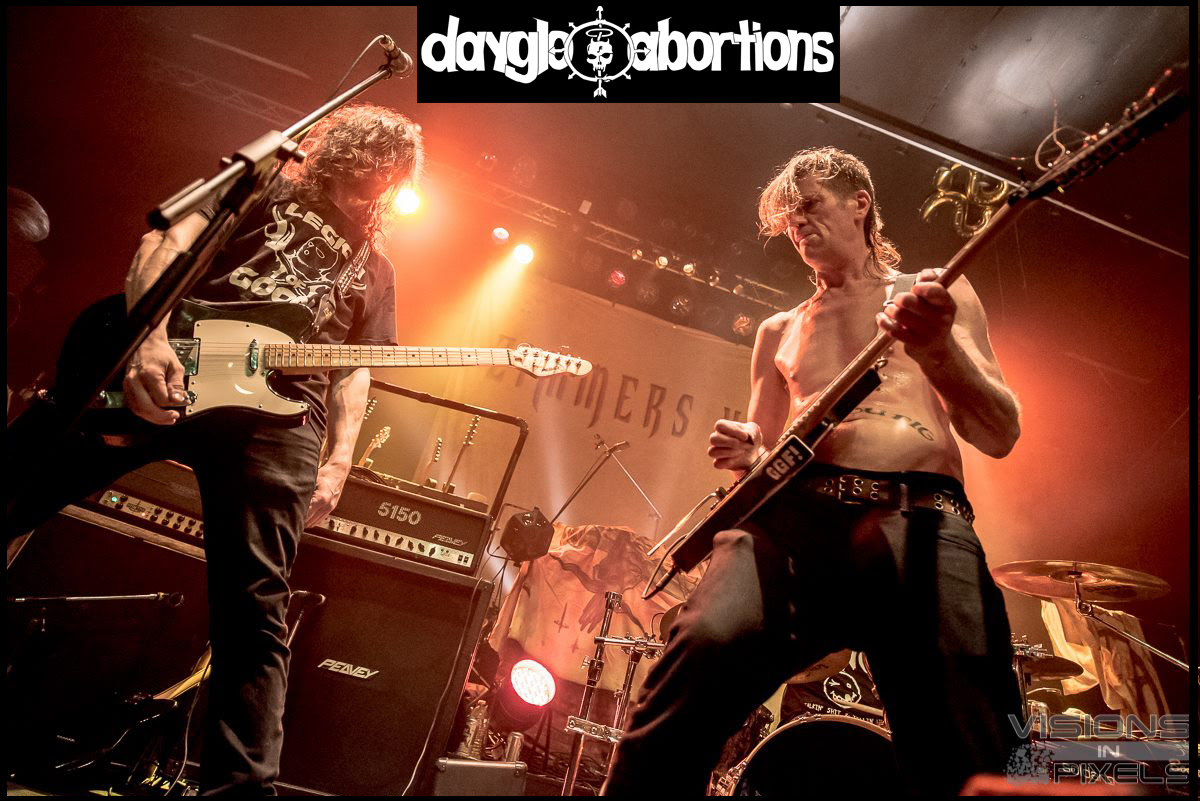 Well it’s that time of the week again, Canadian Punk Legends Dayglo Abortions release their next single – “World of Hate” from their upcoming album “Hate Speech” and premiere via Moshville Times. the track can be heard here:
www.moshville.co.uk/news/2021/12/dayglo-abortions-track-premiere-world-of-hate/

Murray “The Cretin” Acton adds – “You might not realize it listening to this song, but I have learned how to process my anger as it happens. I don’t hold on to it. I am not interested in revenge when I’ve been wronged because You need to keep the anger alive for that. I just want to let it go. Because when it’s gone there is no residual poison lurking in my subconscious waiting to transform into real hatred. Hatred can also be spawned by fear and sure, there’s lot’s of things I’m afraid of but again, as long as I process it, I can get beyond it. What’s my secret you ask? I write music. I make songs that ridicule the things I am afraid of, and the things that fuck me around. It works really good, I have a pile of self therapy songs, and I write new ones all the time. You should try it. It’s really important if you want to be healthy and happy, you gotta loose the hatred. Don’t even say the word.” 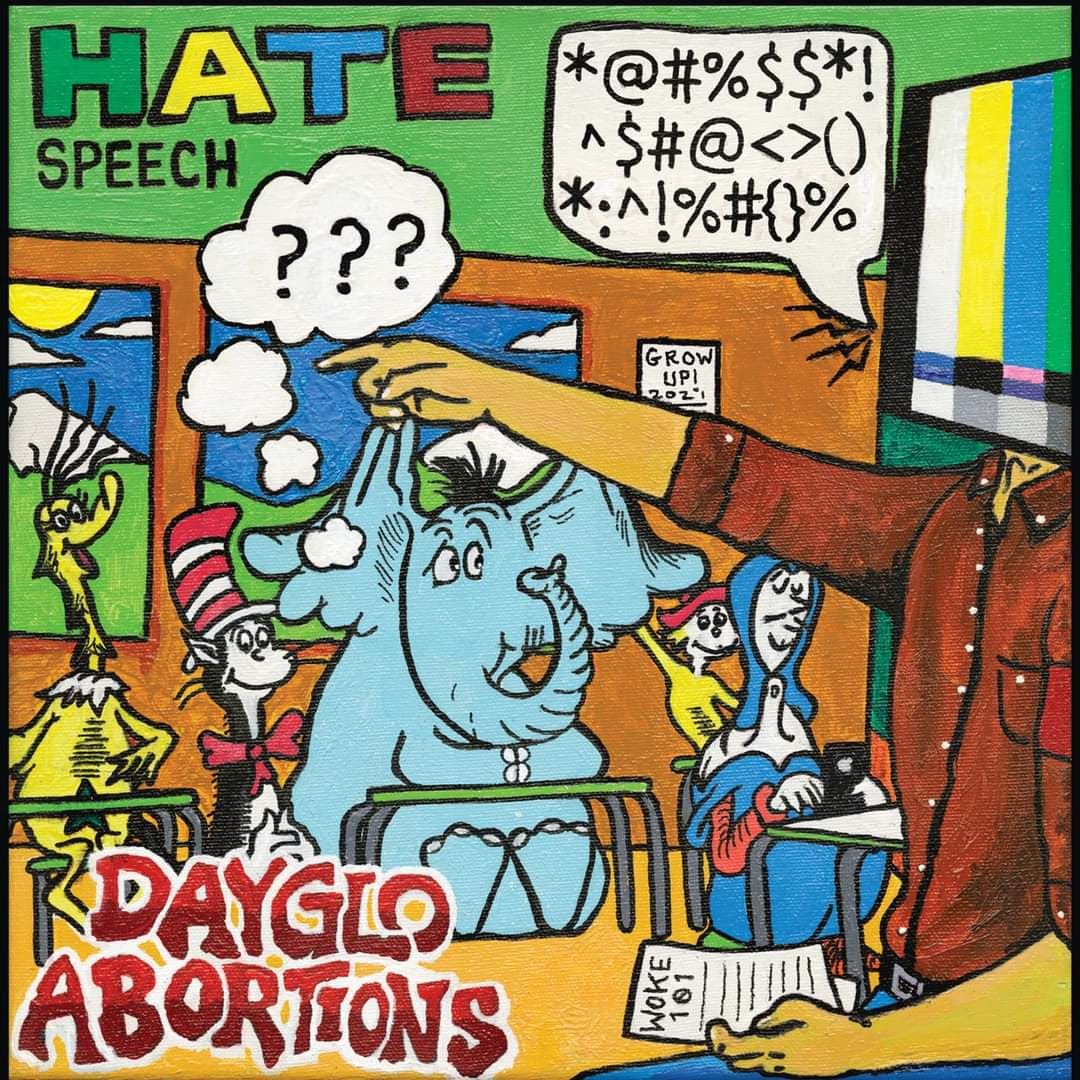 This album is dedicated to the people that helped us make it. Scott Bennet and Scott Henderson, for essentially talking me into making it, then offering their studio (the lap of luxury) so we could do the pre-praductlon Work while in the middle of Covid-19 induced lock-downs. Then Rob lawless, and Terry Paholek, for allowing us io Invade their studio (The physics lab) in Edmonton Alberta, and for the brilliant work the did making it sound so good. Next is Matt Jak and Sherry Benson, and family, for inviting us into their home and putting us up in Edmonton. And finally Tyson Cale Boyd and the people at The Starlight for putting on the show that paid our travel expanses. Well why the fuck stop there, The Edmonton Jak’s for always rocking out with us, and all of you for supporting through the years. Cheers to all of you.