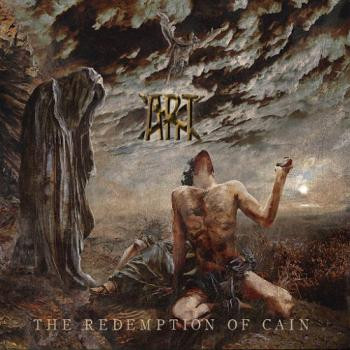 Normally we don’t go back and review older albums too often.  However, last month (October 2021) I read the biography of Andre Matos.  In those pages I discovered two bands that I was previously unaware of  (Art X and Raven Black Project) that Matos had participated in as a guest vocalist.   In an instance of metallic symmetry, both albums came out in 2016 and both are Italian Prog-power bands.  Both are solo albums with tons of major guest stars.  Naturally, I immediately ordered both albums and I have decided to review them as a pair this month.  Enjoy!

I love projects like these.  Massive, epic, multi-character rock opera type scenarios have always been a favourite of mine because they go perfectly with the ‘more is more’ mentality of Heavy Metal.

Gabriele Bernasconi is best known for his work fronting the Italian progressive Power Metal band, Mirrormaze and some years ago he decided to so a conceptual solo album. He chose the biblical story of Cain and Abel for his concept. He recruited some high-profile metallic talent from across the globe to play the various roles which he assumed the role of the central character Cain.

The CD itself is a nice digipak with some art from Eliran Kantor, lots of liner notes, lyrics and photos of the big list of guest stars.  The production, courtesy of Luca Princiotta, (Doro, etc) is top notch.

All the usual adjectives could apply to this excellent work.  Glorious, majestic, powerful, epic and so on all describe the 10-track album that runs just under an hour. Fast songs, slow atmospheric songs, orchestral and symphonic elements all combine for a superior listening experience.  The main reference point is classic Power Metal and the album nicely expands on that template.

As is often the case with these, perhaps slightly lesser known, offerings is the all-star ensemble cast.  Past or present members of Aina, Angra, Blaze, Circle II Circle,Control Denied, Doro, Iron Maiden, Kamelot, Kiske, Labyrinth, Pharoah, Sadus, Savatage, Testament, and Viper all contribute to this monumental effort.  I won’t spoil who plays which role but each voice is suited very well for their assigned role.

THE REDEMPTION OF CAIN by Art X easily stands side by side with more well-known all-star projects such as Ayreon, Avantasia and Soulspell.