Kärtsy Hatakka about the new version of the Waltari classic: “Helsinki has been our most famous song on Spotify. It’s a kind of ‘love song’ about Waltari‘s headquarter in Finland, filled with romantic phrases in Finnish about the local atmosphere (‘Atmosfear’). The German April Art wanted to create their vision about the song, and we helped with the basic tracks and the basic programming. Very notable is the awesome vocal performance by Lisa-Marie, also her Finnish!”

April Art comments: “We were super excited when being asked by Waltari to contribute to this album… Frankly, there’s very little opportunities (maybe none?) to ever work with the Finnish genre pioneers, so we took the chance the minute we could. Once we chose ‘Helsinki’ as the song, it was quite a challenge for Lisa to sing in Finnish for her very first time. Still – it was super fun to do this production, and we are proud to be a part of this anniversary album!”

3rd Decade – Anniversary Edition will be available from these suppliers: waltari.lnk.to/3rdDecadeAnniversaryEdition

For Waltari, this space has always been music – galaxies of sound beyond tropes and trends – and in 2021, the Finish groundbreakers are celebrating the 30th anniversary of their very first space journey in true style.

This means that even though a best-of compilation might be in order on such an occasion, Waltari would not be themselves if they hadn´t cooked up something special.

And unusual the album turns out to be: For 3rd Decade – The Anniversary Edition, the group revisited material from all their creative phases, choosing some of their finest songs to give them an overhaul with the help of like-minded musicians from every stripe. Waltari let their guests shine instead of stepping into the spotlight themselves.

Afraid of nothing but stagnation, the band once again proves that it can still live up to the original crossover ethos at any time, experimenting and finding new alleys to sneak into, all the while honoring its legacy with one eye looking ahead into an exciting future.

Waltari‘s 3rd Decade – The Anniversary Edition will be released on November 26th via Metalville Records as digipack CD and limited colored vinyl editions. Cover and tracklisting are as follows: 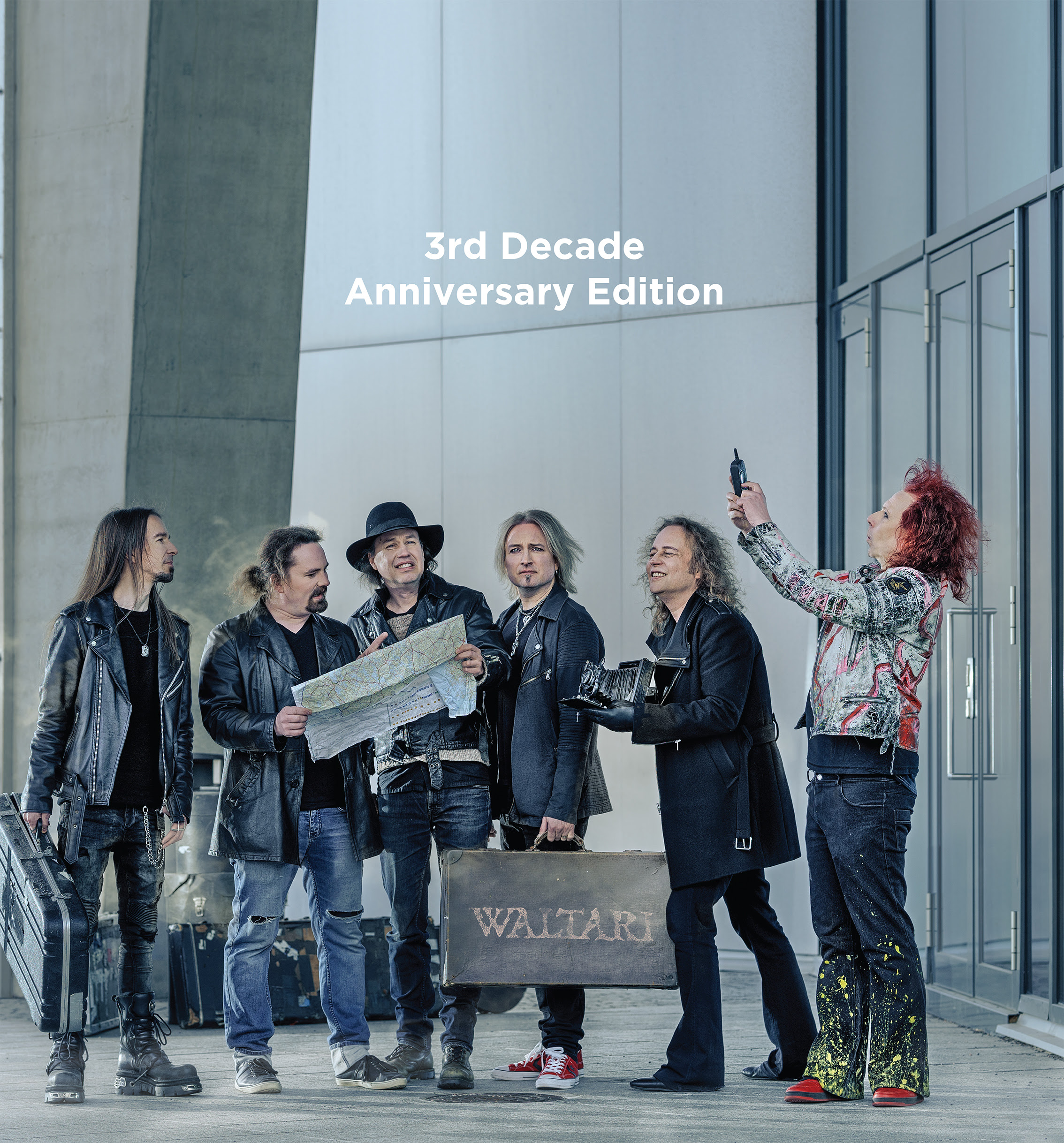