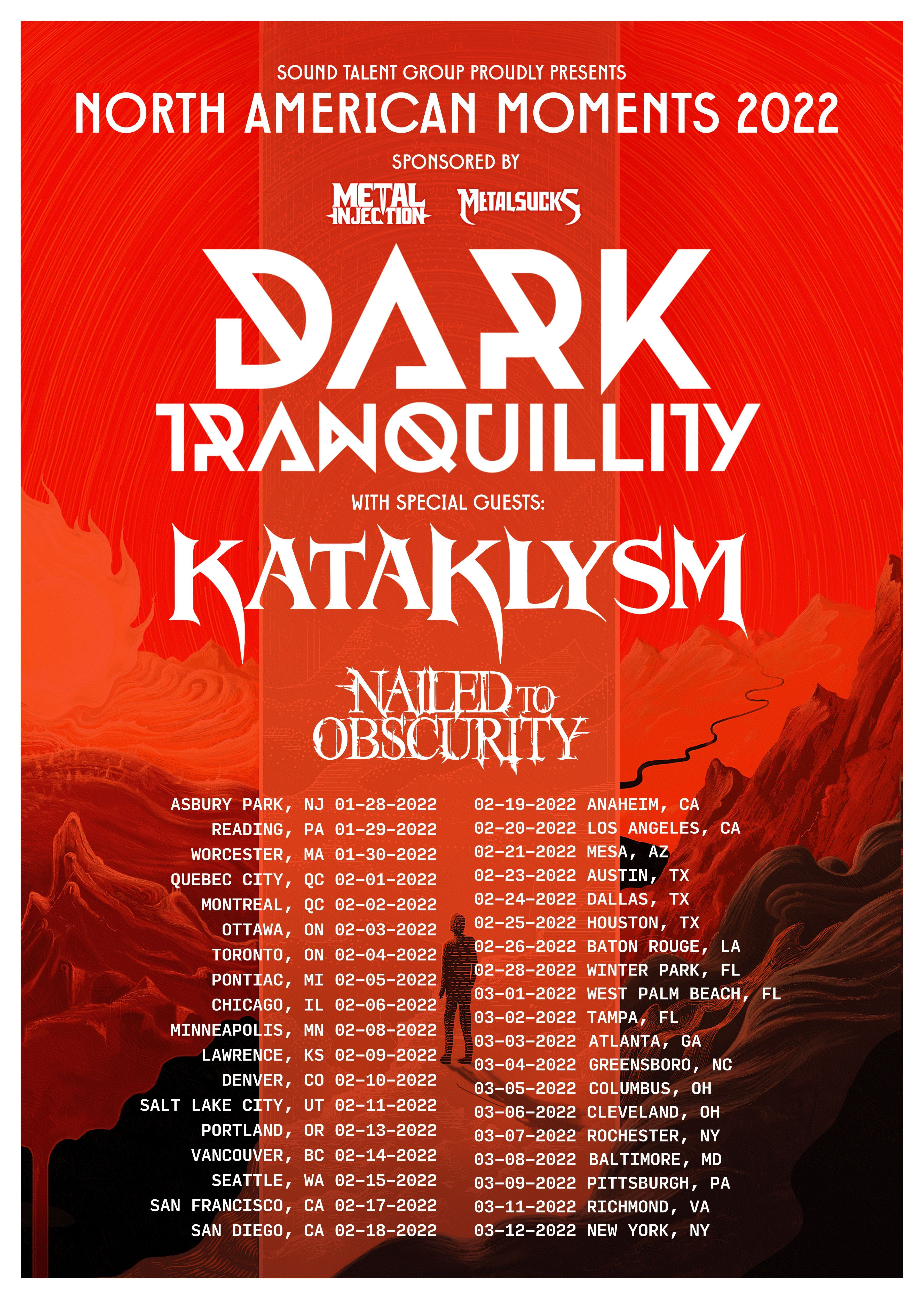 Canadian melodic death metal heavyweights KATAKLYSM and German melodic death/doom metallers NAILED TO OBSCURITY are proud to announce they are joining headliners DARK TRANQUILLITY on the “North American Moments 2022” tour. The 37-date trek kicks off on January 28th at the House of Independents in /new /jersey and will make stops in Toronto, Seattle, and Tampa before concluding on March 12th at Gramercy Park in New York.

Maurizio Iacono comments, “The pandemic hasn’t been kind to anyone. Maybe for the powers that be but that’s for another discussion. One thing is for sure, the spirit of metal lives on. KATAKLYSM was part of the first cavalry of metal bands alongside Deicide to complete the first metal tour coming out of the reopening and we are extremely proud of this. it was a major confidence booster for many bands and now tours are starting to return in full force and today we are happy to announce that we will return in early 2022 with the excellent DARK TRANQUILLITY from Sweden and Germany’s NAILED TO OBSCURITY. This is a long tour covering both the US and parts of Canada, We are proud to hit the stage once more and bring our heavy hitter set and conclude the campaign for Unconquered with this tour. Come hang out, every concert is a blessing these days!”

NAILED TO OBSCURITY comments, “Wow, so this is really happening! Except for one festival show we had the pleasure to play this year, which only made us hungrier for more, these shows will be the first for us since the pandemic hit. You can’t imagine how much we are looking forward to getting back on the road with no other than our Swedish friends in DARK TRANQUILLITY and Canadian death metal force KATAKLYSM. This is gonna be a blast and we can’t wait to see you all very soon!”

General admissions tickets for the tour go on sale this Friday, November 12th at 10 AM LOCAL TIME. ABOUT KATAKLYSM
UNCONQUERED was recorded and engineered by the band’s long-time producer and guitarist JF Dagenais at JFD Studio in Dallas, TX. KATAKLYSM enlisted legendary Colin Richardson, post-retirement, to aid in the mixing of UNCONQUERED’s weightier and modernized sound with additional help from Chris Clancy’s technicality and precision.UNCONQUERED stands among the best produced albums in the band’s career. The infamous heart beast, which also appeared on In The Arms Of Devastation (2006), Prevail (2008), and Heaven’s Venom (2010), makes its return with a cover image created by artist Blake Armstrong. 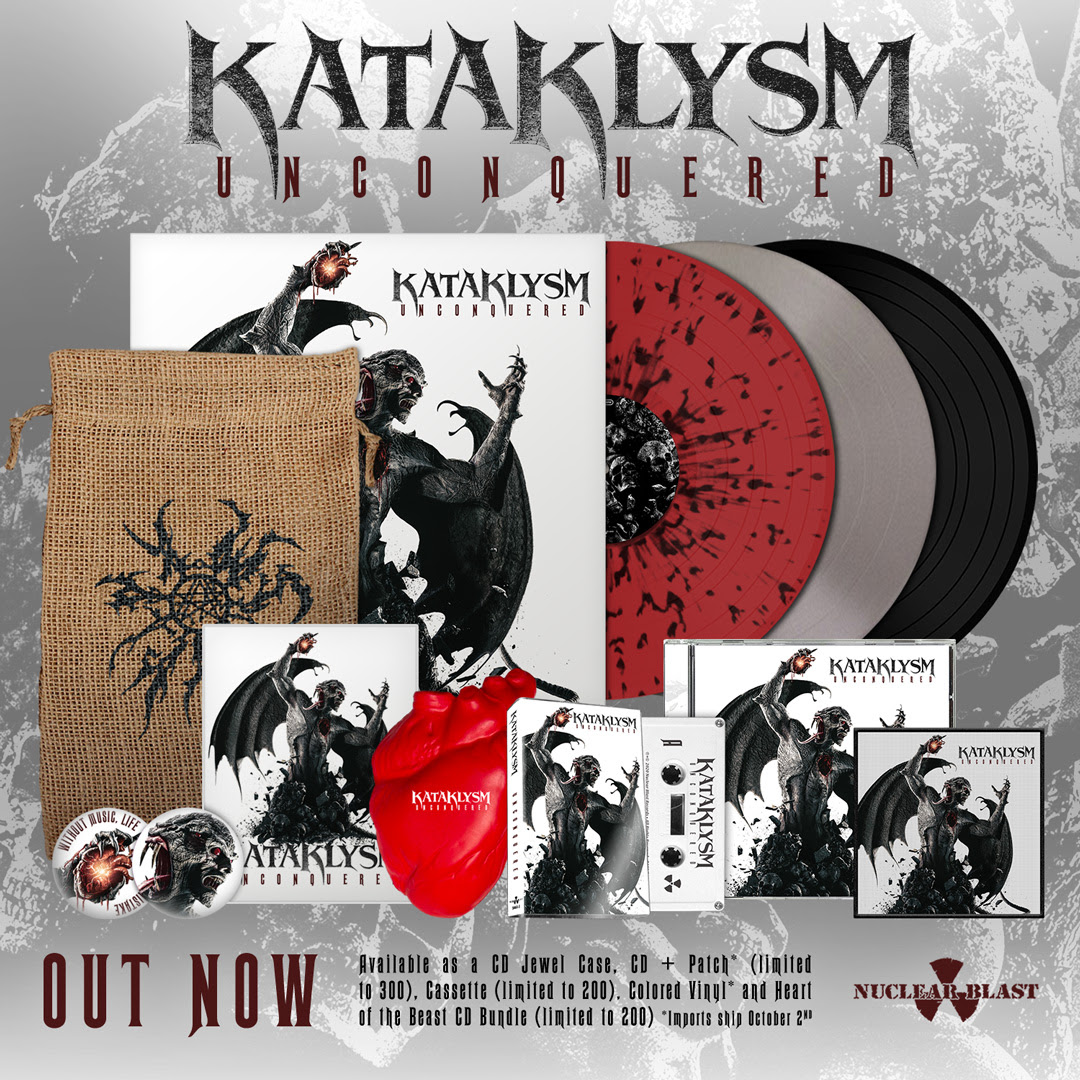 Order your copy of UNCONQUERED: in the format of your choice here: www.nuclearblast.com/kataklysm-unconquered