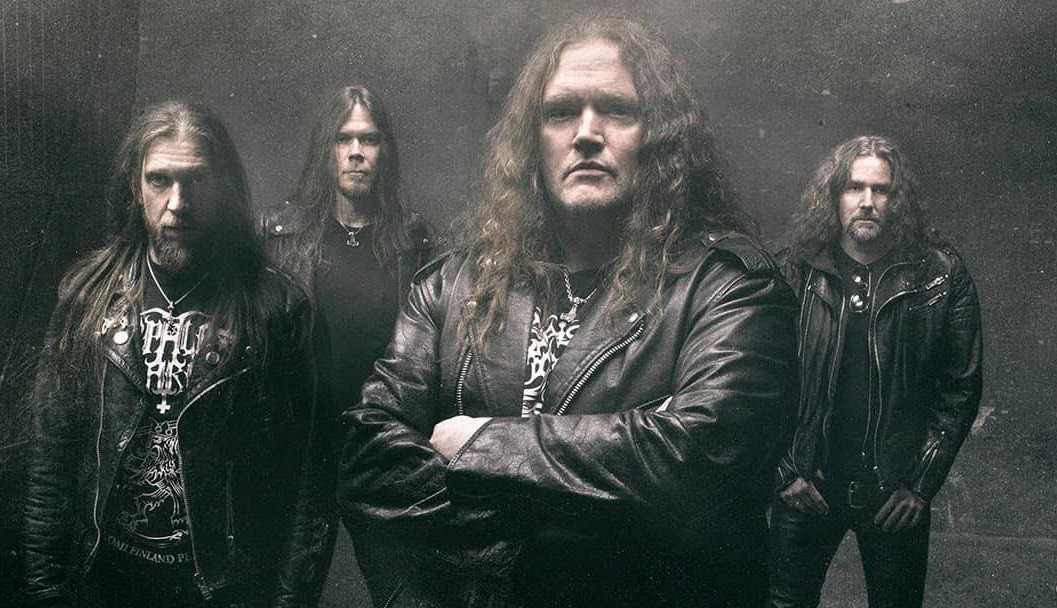 INTERVIEW WITH JOHNNY HEDLUND OF UNLEASHED

NO SIGN OF LIFE being the 14th album by the long time Swedish death metal squad Unleashed proves the band isn’t getting rusty. The album is extremely strong , vital, and indeed it is pure death metal in the Unleashed way. It was about time to talk to the frontman and the bassist, Johnny Hedlund, about the new album.  Remember to pick the album up.

Interview and pics by Arto Lehtinen

Good day the Unleashed horde – how’s it going there in Stockholm and what’s up otherwise?

Hi Arto! All good here! We have been working with the new album for some time now and it feels really good to finally be able to offer it to our Warriors out there. Hopefully they will find it as good as they can expect it to be.

The 14h Unleashed album titled NO SIGN OF LIFE is going to be out pretty soon. What kind of feelings do you have at the moment when everything is done, the album is coming out, in general are you personally pleased with the way how the album turned out in terms of production and mixing? 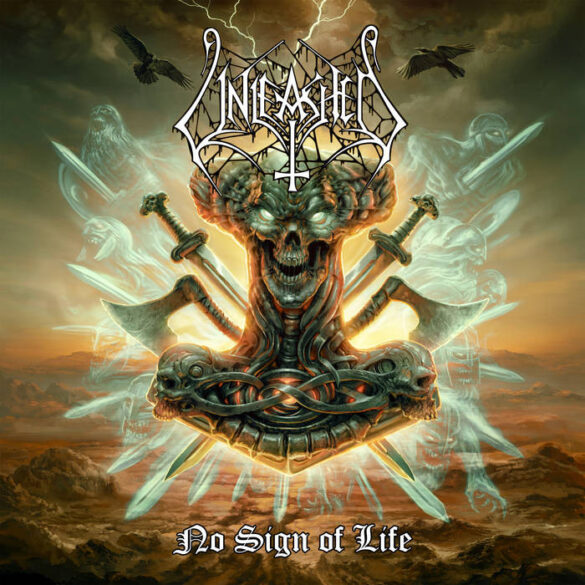 I think Fredrik did a great job in the studio as usual. And the band is extremely pleased with how things turned out. From day one, as we start the creative process, we worked just as usual to keep to the roots and also develop the Viking Death Metal style as well as we can. I think we managed that at least to fulfill our aim. But then we shall see if everyone out there feels the same of course.

How did the actual recording process go this time at Chrome Studios? How long were you there, and did the recording go smoothly?!

It went really smooth. Even though there was a pandemic it didn’t affect us at all I’d say. And well, since Fredrik has his own studio we recorded things when it fits our schedule and so I don’t really know the exact time we spent. But it was just like it used to be really. Nothing more or less.

Do you ever feel any kind of pressure or lack of creating new riffs when writing new material ?! Does everything happen more in the flow way ?! Do you have to be in a certain mood?

The thing is that we have our 14th album out now so obviously we have to be careful when we are in the creative process so we don’t copy ourselves. But that is normally not an issue although sometimes things happen. But we are always looking at this when new songs are created and early on in the process. But I wouldn’t call it “pressure” though. It is a challenge off course but that’s all good. It takes a while to put 14 albums on the market and I think it just comes with the territory to be aware and get influenced in a way so that you find both new things to create and at the same time keep to the roots. 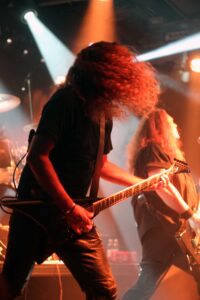 he studio is run and owned by Fredrik Folkare, right? Does this give you more benefit and advantage to hammer songs out in the best possible way and focus on the writing process better than being in a dark rehearsal chamber ?!

Very true. And especially the time aspect of things is very very nice. There is never any rush. And we don’t have to hurry up because of the money spent either.

Did Fredrik give some tips or do you work together to find the right sounds and the most brutal and catchy sounding riffs ?

He actually plans most of our sounds. And the rest of us say what we think of them. And since we have been working together for such a long time now he knows very well what we think of things like the drum sound, bass etc. It is a pretty smooth working process. Much unlike the one you can expect from band members that for example only have five years together.

ODALHEIM and DAWN OF THE NINE had the continuing saga as far as I know, does the new album have some kind of saga linked between songs ?! In general, could you give some info on what songs ?!

Yes it does. Still the continuation of the “World of Odalheim”. This album takes over where “the hunt for white christ ended”. As the Midgard Warriors win the battle by the western wall in Jorsala (present-day Jerusalem). They keep presecuting the armies of White Christ into the Sinai Peninsula. The armies of White Christ keep losing faith in their leader and 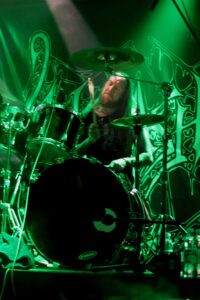 that is what the first song is all about “The King lost his crown”. As the Midgard warriors keep hunting White Christ south, and then south again into the great Sinai desert, that is where the vast part if this adventure occurs.

The album cover looks absolutely killer. Who actually created the art and did you give free hands to an artist to make the art ?! How does the cover art refer to the album ?

The cover artwork is again done by Pär Olofsson. If you look at the content of the events that I described in the question just above here, then you see that most of the events take place in the Sinai desert. And that is what we told the artist we wanted on the cover. So you find desert and mountains, Odins Ravens Hugin and Munin ever watching and reporting back to their master. And The Thors hammer in the middle is always present. As the Midgard Warriors persecute the armies of White Christ into the desert, this is what they experience a day in and week out – No sign of life.

Back in the day bands used to rehearse songs and the material together and create new hymns. But when bands like Unleashed have been around over 30 years, other things come up. So how do you write and compose new songs – Do you put final ideas together in the studio environment or do you still gather together to give so to say the final touches before entering the studio?!

Not really. Things are done very digitally these days. We send files back and forth to each other which is very smooth. Then we comment on things both music and lyrics before we put them together finally. But that is really the same as if we were to meet up in the studio as we did in the 90-ies. I really think this is a step up. You save on the long travels etc and can concentrate on more important matters than spending time in your car to travel to a practice room. 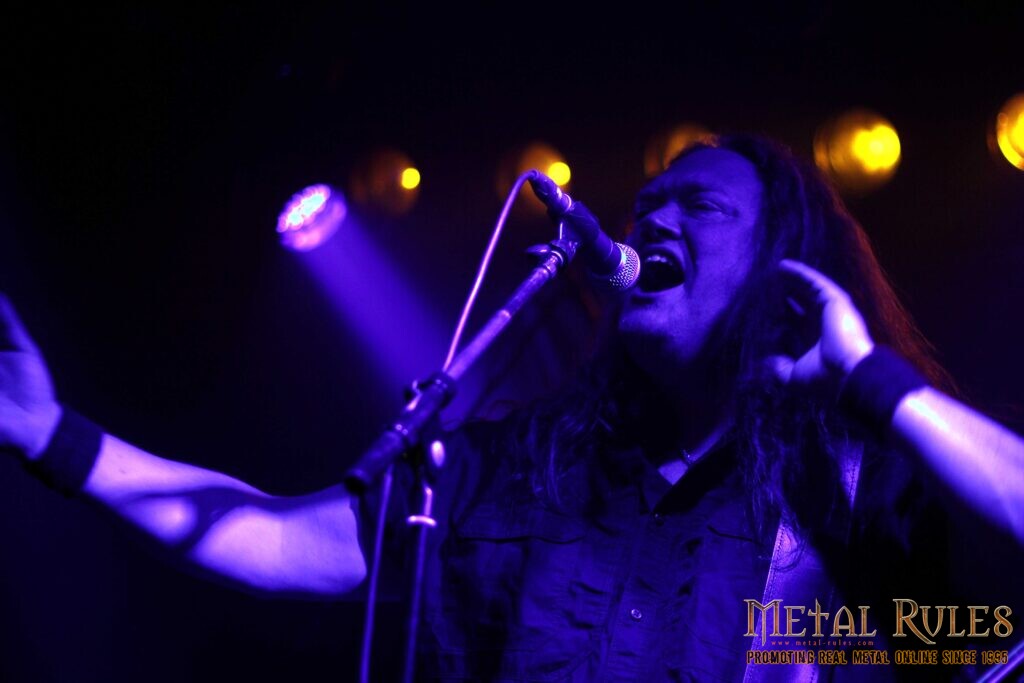 The line-up of Unleashed has been really stable for a long time. Frankly how do you take care of your long-term musician /friendship that doesn’t get worn out and you won’t get tired of seeing each other’s faces ?!

Haha yeah, that for sure is a challenge. Naa it isn’t so hard really. We decided early on what the band was going to be about, what kind of music we should play (and what not to play), we agreed that every member will help out in the band with all things. We are still very good friends. It just moves on from there and I think it is really because we agreed on many things very early on. And, we don’t overdo things. We play and act like there actually IS a tomorrow.

Unleashed have been keeping on going on for over 30 years. Unleashed is like wine, getting older getting better, you have created the recognizable sounds for Unleashed and albums have got really got a response. Do you view yourself being in a good situation as having a legend status that people come to see you and purchase your albums?

Thank you very much. Well, I guess that is almost how things have become over the years. Although I don’t think about it much, other than if people like you say so haha. We are still a bunch of metalheads and I suppose we always will be. That’s how things were meant to be and that’s how it stays.

You have posted a lot of old-school pics from the heyday of the Sverige death metal and the early days of Unleashed. When taking a look at your old pics, I bet memories arise in your mind. What kind of memories and flashbacks have you gone through when going through old pics? 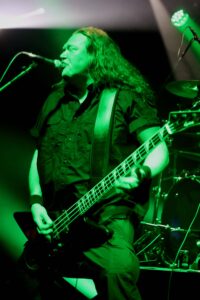 Well off course it is good fun to look at these, and there are many that won’t make it to the official sites so to speak. It is a bit strange though looking back 30 years in time and seeing how little things change still. I mean age is one thing but I guess we are much the same in many ways and that’s kind of fun. Some nice events that took place back in the day are always nice to have on the photo but like I said. Some things are a little too good to show in the open haha.

As the new album will be out, obviously you will hit the road when the pandemic is more or less over or will you rather focus on big summer festivals? Which do you prefer better ?!

Indeed this is the time for things to go back to normal, hopefully. And yes we are doing as many festivals and shows as we possibly can. I don’t think we’ll do any crazy long size tours though but we’ll see.

What kind of music or metal do you blast out in your stereo nowadays ?! Do you rather stick to the old school stuff ?!

Right now I have the new Eclipse on my turntable. The new Thundermother is great too, Ghost, some Morbid Angel and Venom have been on very high volume last weekend too. I had a Kreator moment recently too which is always nice.

I for one thank you for your time for the interview. Anyway, the last words are yours…

Thank you very much for this interview! See you on a show soon hopefully. Hail Odin! 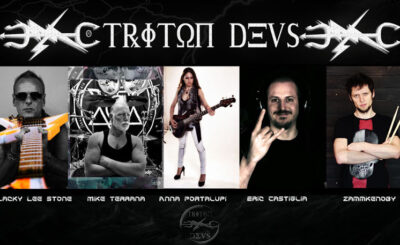 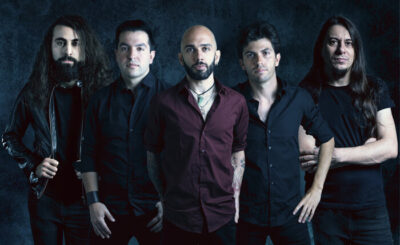 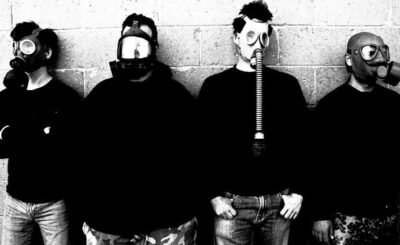 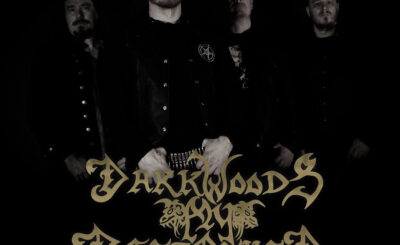