“Let’s set our piano on fire!” might be a sentence we haven’t heard since the good old rock’n’roll days of the 70s. However, more than any other song from EPICA‘s upcoming audiovisual release, “‘Kingdom Of Heaven Pt 3 – The Antediluvian Universe –” proves that the Dutch symphonic legends have been truly on fire since the release of their latest studio album in February. Despite not being able to play many shows this year, the band used their time at home to set up an extraordinary streaming event that premiered in June and will now be available in various audiovisual formats on December 3rd.
You can even go and witness it live on a huge screen with popcorn and all your friends at the exclusive Kinepolis cinema premiere taking place in Antwerp on December 2nd, where the whole band will be present to celebrate the release – tickets are now available at epica.nl!

Today, the EPICA reveal a new video of the show, the over 13 minutes long ‘Kingdom Of Heaven Pt 3 – The Antediluvian Universe – Omega Alive -‘:
“The whole 3rd act was built around the ‘Kingdom of Heaven’ songs”, keyboarder and concept developer Coen Janssen explains. “The 3rd part (from the Omega album) just had to be played, so we came up with ‘Elysia’, the kingdom somewhere in the sky… A new decor resembling a throne room and a massive chandelier with acrobats in it set the tone for this song.

For the ‘piano solo,’ we had an extra surprise up our sleeve… playing it while it was on fire! A stunt we could not rehearse since the piano would be destroyed afterward! Under great guidance from our pyro-crew, we managed to pull it off, luckily the part only lasts about 30 seconds since it was extremely hot as you can imagine!
Since this looked so cool on stage, we also lit up the gong at the end of the act, with Ariën hitting it with a flaming torch… These images turned out way cooler than we expected… too bad we can’t do this live.”

Let the band take you to higher places on this new monumental excerpt from “Ωmega Alive”, with ‘Kingdom Of Heaven Pt 3 – The Antediluvian Universe -“: youtu.be/BdBCVMD8TiM

Download or stream the song here: bfan.link/omega-alive.ema
Pre-order the BluRay/DVD, 3LP Vinyls, 2CD, Earbooks or Boxset via this link: nblast.de/Epica-OmegaAlive

On the weekend that Ωmega Alive sees the light of day, the band will not only be present at the cinema premiere in Antwerp but also play two intimate release shows in their home country:

In case you missed the spectacular fireplay or children’s choir on the previous two singles, check it out here:
“‘Unchain Utopia – Ωmega Alive -“: youtu.be/c8XdrOhEZl0
“The Skeleton Key – Ωmega Alive -“ – youtu.be/zIZkvhiOUU8

Directed by Jens de Vos (Panda Productions) and graced by a magical artwork byHeilemania, the DVD, BluRay, CD, and vinyl contain 15 EPICA classics, fan-favorites, as well as first-ever live performances from tracks off the band’s latest chef-d’oeuvre “Ωmega“, such as “The Skeleton Key” or the insanely monumental “Kingdom of Heaven Part 3″. 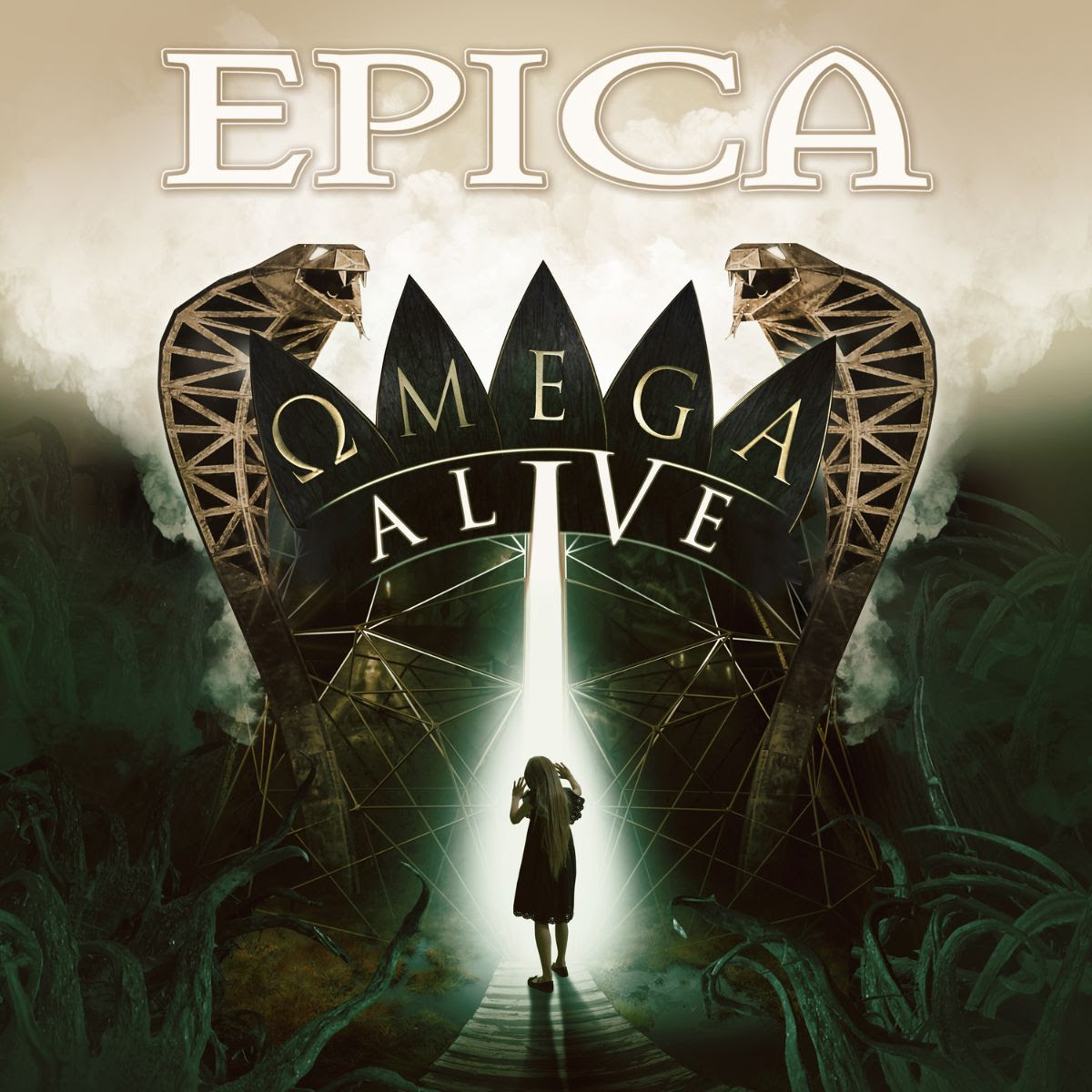